Members of the community are asked to bring proof of identification and a shovel. 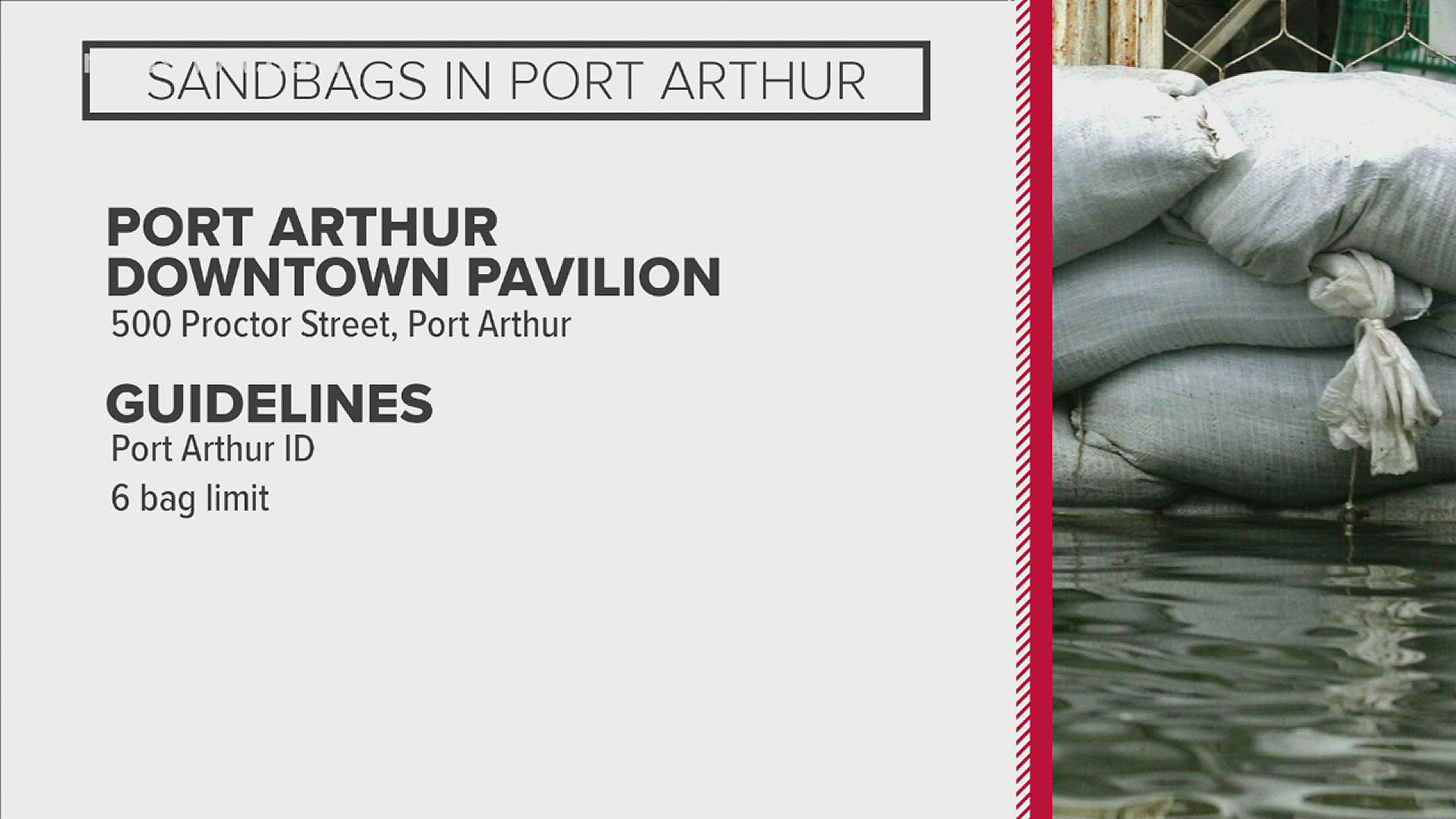 PORT ARTHUR, Texas — Port Arthur city officials are preparing for the heavy rains that Hurricane Nicholas is expected to bring to the area from Sunday night to Wednesday night.

Both locations will give out six sandbags per address, until supplies run out. Members of the community are asked to bring proof of identification and a shovel.

The Port Arthur Emergency Management team is asking all residents and businesses to prepare for the heavy rainfall that Nicholas is forecasted to bring to the area.

City officials said Monday will be the only day for regular residential garbage pickup. The public will be notified about garbage collection plans for the rest of the week and are asked to pull their garbage cans in as soon as they are emptied.

The Port Arthur community is asked to secure all outdoor furniture and equipment, untie outside dogs from trees or poles and clear ditches of debris and built up leaves to avoid flooding.

Related: City of Nederland providing up to 10 free sandbags to residents ahead of Tropical Storm Nicholas

City officials across Southeast Texas are preparing to keep their communities safe ahead of Hurricane Nicholas.

Starting at 10 a.m., on Monday, Sept. 13, the City of Nederland will have free sandbags available for residents at the rear of Doornbos Park, located at 2301 Avenue H, according to a City of Nederland news release. Proof of residency will have to be confirmed by a driver’s license or utility bill, and residents are required to bring a shovel and be prepared to fill their bags.

The City of Port Neches is making sandbags available for residents, that can be picked up at the City Service Center, located at 2001 Merriman Street. Residents can get their sandbags on Monday, Sept. 13, 2021, beginning at 10 a.m.