Inside look at damages to historic Crawford County Courthouse

Parts of the courthouse roof were ripped off after an EF-1 tornado tore through Van Buren Monday night. 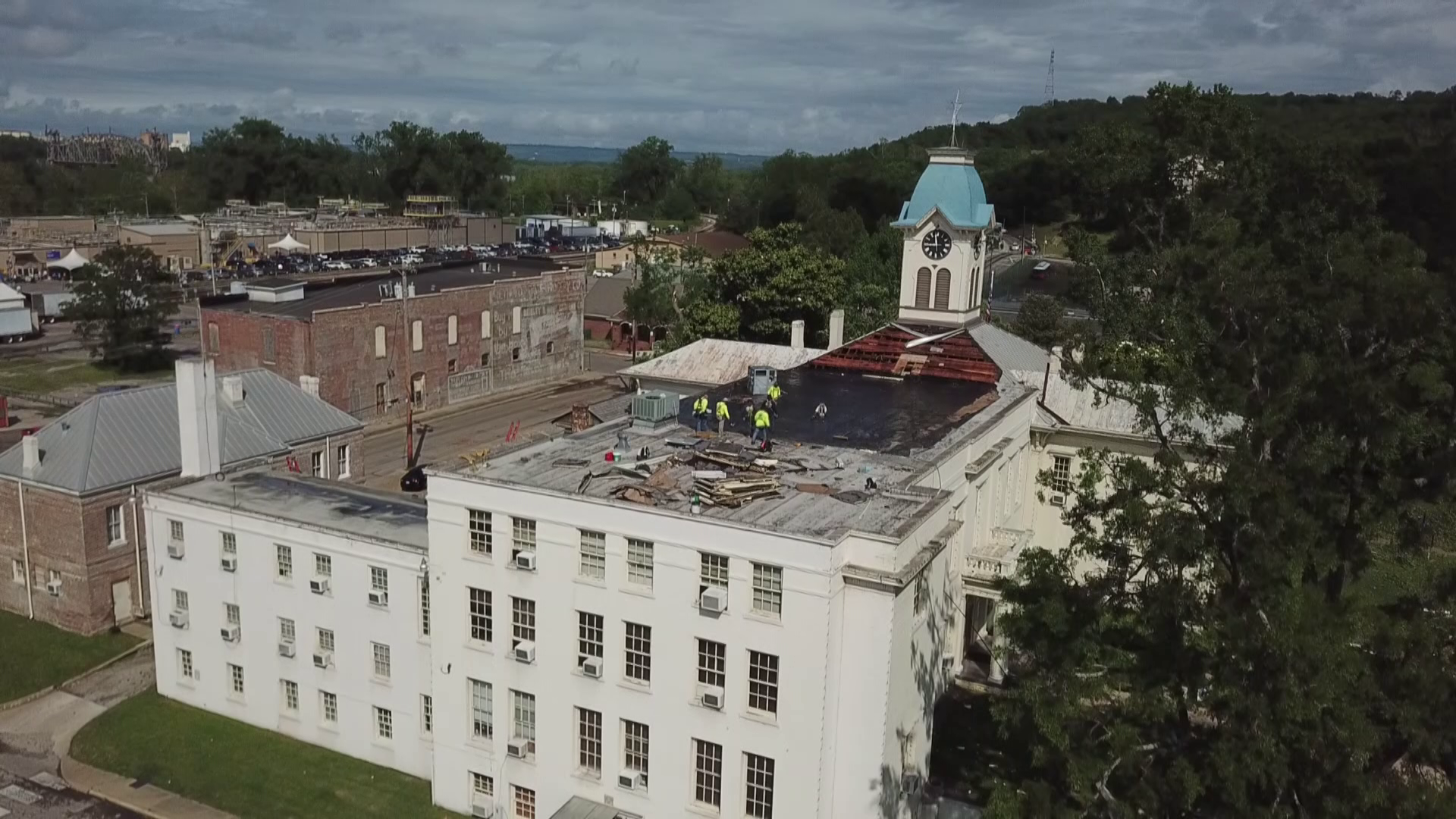 The lawn of Crawford County Courthouse has been cleaned off and looks much better than it did earlier this week, but the cleanup efforts inside the courthouse are far from over.

“There was a relief when I rounded the street, and the clock tower was still there,” says Crawford County Judge Dennis Gilstrap.

Parts of the courthouse roof were ripped off after an EF-1 tornado tore through Van Buren, so a lot of water could infiltrate the building and damage many offices. Water ran down three floors and pooled in the basement.

“In this courthouse, the plaster is wet, so that’s going to take two to three weeks to get that dried out properly,” says Brad Thomas, Crawford County Emergency Manager.

Officials say a large generator and dehumidifier will be working non-stop for 21 days to air out the building because the mortar in the 179-year-old walls takes longer than normal to dry.

The second floor of the courthouse is closed until further notice, including the Division 1 courtroom, but the first floor has reopened its doors to the public. There are people posted near the front door to help you get to where you need to be.

“We ask folks that if there is anything, you can do online, to try and do that first,” says Judge Gilstrap.

RELATED: "God was with us," neighbors start to repair storm damage in Van Buren