They are on deployment for two weeks and the Salvation Army can send them anywhere during those two weeks. 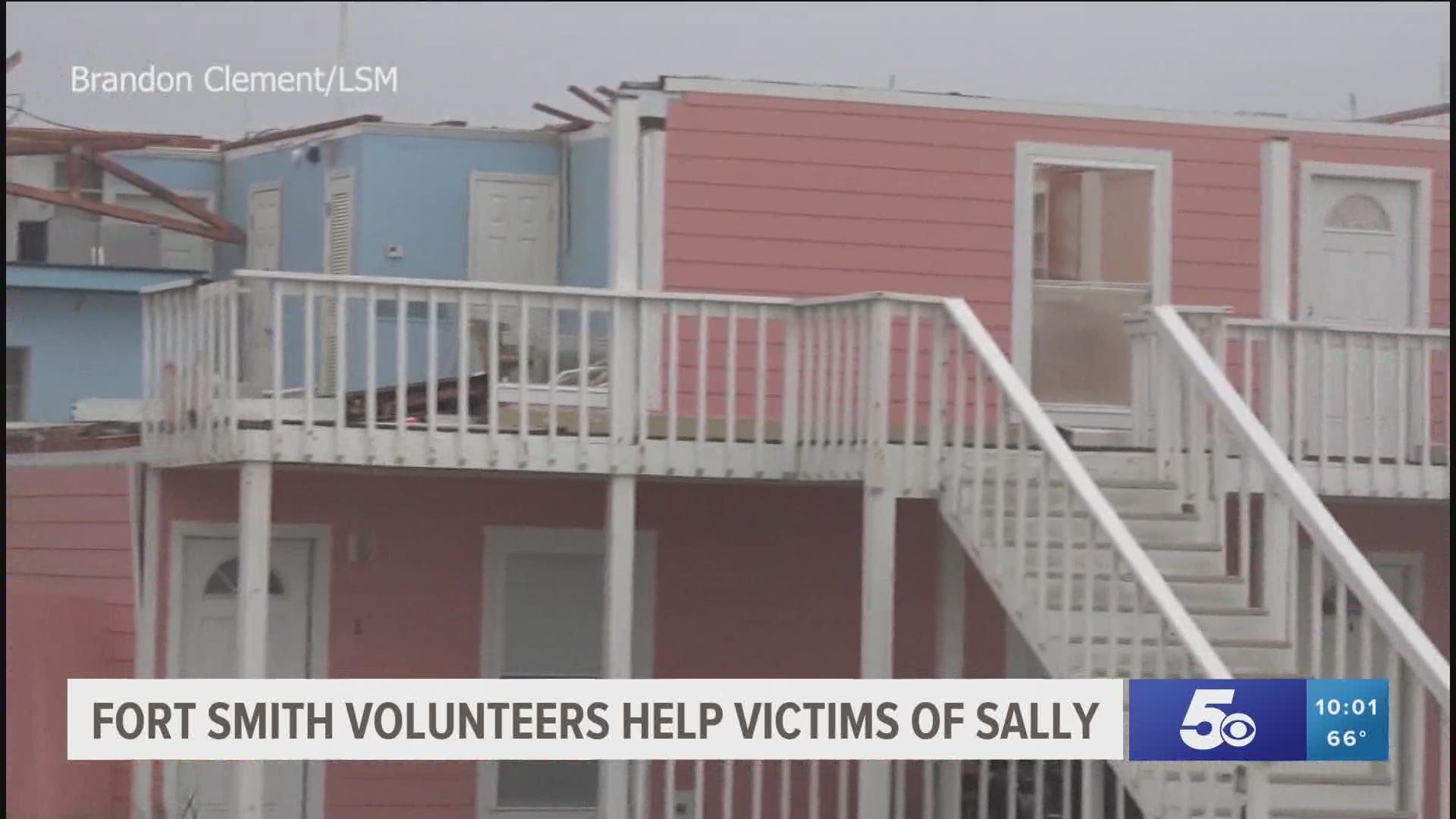 FORT SMITH, Ark. — A couple of local workers from the Salvation Army in Fort Smith just arrived along the Gulf Coast to deliver much-needed help after Hurricane Sally swept through the area.

“This area right now is currently without power, we’ve been told that Walmart is closed and gas stations are without gas,” said Susan Adams, Director of Development at Fort Smith Salvation Army.

Adams and Juanita Utzman left Fort Smith Wednesday (Sept. 17) around 2 p.m. They got to Mobile, Alabama Thursday. Adams says you can clearly see the effects of the storm.

“There’s down trees, down powerlines, our hotel even has some structural damage,” Adams said.

Admas and Utzman operate a full feeding unit. They will cook meals and serve those in need.

They are on deployment for two weeks and the Salvation Army can send them anywhere during those two weeks.

“They can call us tonight and say 'hey come to Pensacola,' we may stay in Mobile for a few days and just work that coastline as they need us,” Adams said.

Last summer Adams was dealing with floodwaters here at home after Fort Smith saw historically high water all across the River Valley.

She says it's that experience she hopes to put to good use in Mobile.

“For me to of worked a flood in Fort Smith as a Salvation Army employee and a disaster worker he gave me a little insight about what could be going on down here... I volunteered to put my boots on the ground down here and help families in need,” Adams said.