An active end to the week is underway. Our next cold front is approaching bringing chances for showers and storms with much colder air behind it. -Thursday Morn...

An active end to the week is underway. Our next cold front is approaching bringing chances for showers and storms with much colder air behind it.

-Thursday Morning:  Few downpours and some lightning until 10AM 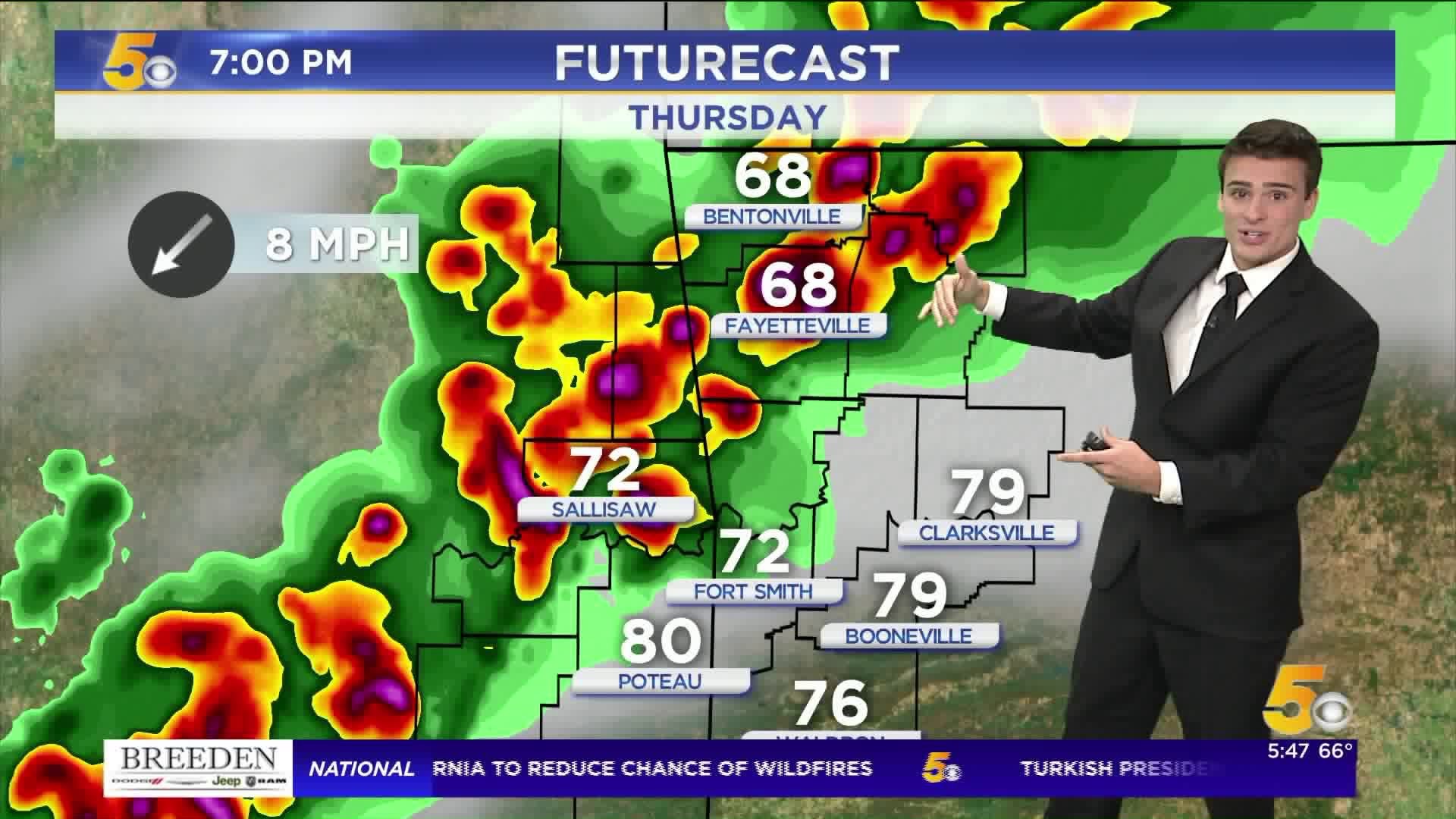 A complex of showers and storms in eastern Oklahoma will move north and east into the northern River Valley (mainly north of the Arkansas River) and eventually into the mountains and Northwest Arkansas. Dry conditions will return by 10AM.

A powerful cold front will swing through later on Thursday, sparking strong storms (some could turn severe) in eastern Oklahoma and then marching into western Arkansas. Hail and gusty winds are the main threat, as well as frequent lightning. If storms linger over the NWA metros, flash flooding could be a concern because the ground is still saturated.

Main Timing For Downpours And Lightning

The strongest storms will roll through from 7PM-11PM.

COLD AIR BEHIND THE FRONT

Winds will intensify from the north Thursday night and throughout Friday, bringing in much colder air. We will most likely get our first official wind chill of the season.