Many Alma residents assessing damages after trees fall on homes 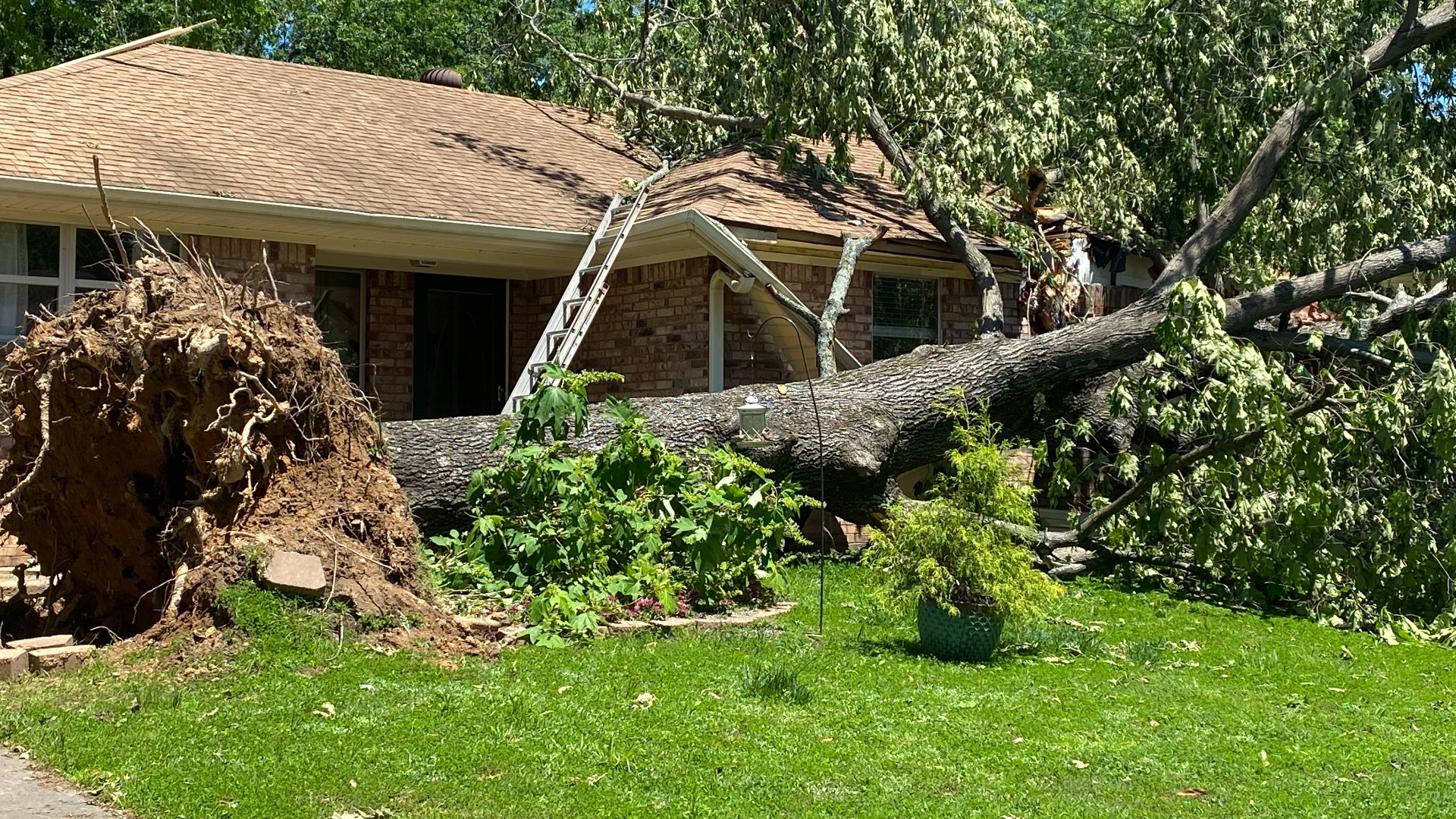 ALMA, Ark. — People living in Alma spent another day cleaning up from Monday night’s devastating storms. Some neighbors say with are anxious to make repairs before the next round of storms forecasted to hit this weekend.

Alma resident Damon Henderson had a massive red oak tree fall on top of his house, causing damage to parts of his roof. He, like many in the area, is working on getting trees removed.

“I’m shocked. I was scared. It’s like a giant laying down on the ground in front of you,” said Henderson. Describing how it felt seeing the large oak tree lying on top of his home. He’s lived here for the past 29 years. Henderson said he heard the moment the tree fell on his home, “It’s like a freight train ran into your house. It shook the house.”

Alma resident Jim Gray also had a tree land on the part of his home off Collum Street. He said the tree didn’t make much noise whenever it fell on his home.

“There wasn’t a big boom. The house didn’t shake. Evidently, it just laid down on it really easy,” said Gray.

The tree caused damage to Gray’s home, but overall, he is thankful it only hit part of the house. “God had his hand on us,” said Gray.

Although residents are still cleaning up from one storm, the Henderson’s says they are already preparing for this weekend’s storms. He’s paying five thousand dollars out of pocket to get the tree removed and start working on roof repairs.

“If we leave it the way it is and we get weather coming in, there’s structural damage to that roof. And those limbs are heavy. He said it could cause more structural damage,” said Henderson. While he is paying a hefty price, he says he's still thankful. Home “God’s good and merciful, and this too shall pass,” Henderson said.

If you have damage and are waiting for the city to remove the tree debris, 5NEWS reached out to Alma Mayor Jerry Martin. He said he is currently working with city officials to figure out when and where they can pick up and dump the debris.