In NWA the average driver is spending more than $1,200 annually to drive on roads that are deteriorated, congested and lack adequate safety measures. 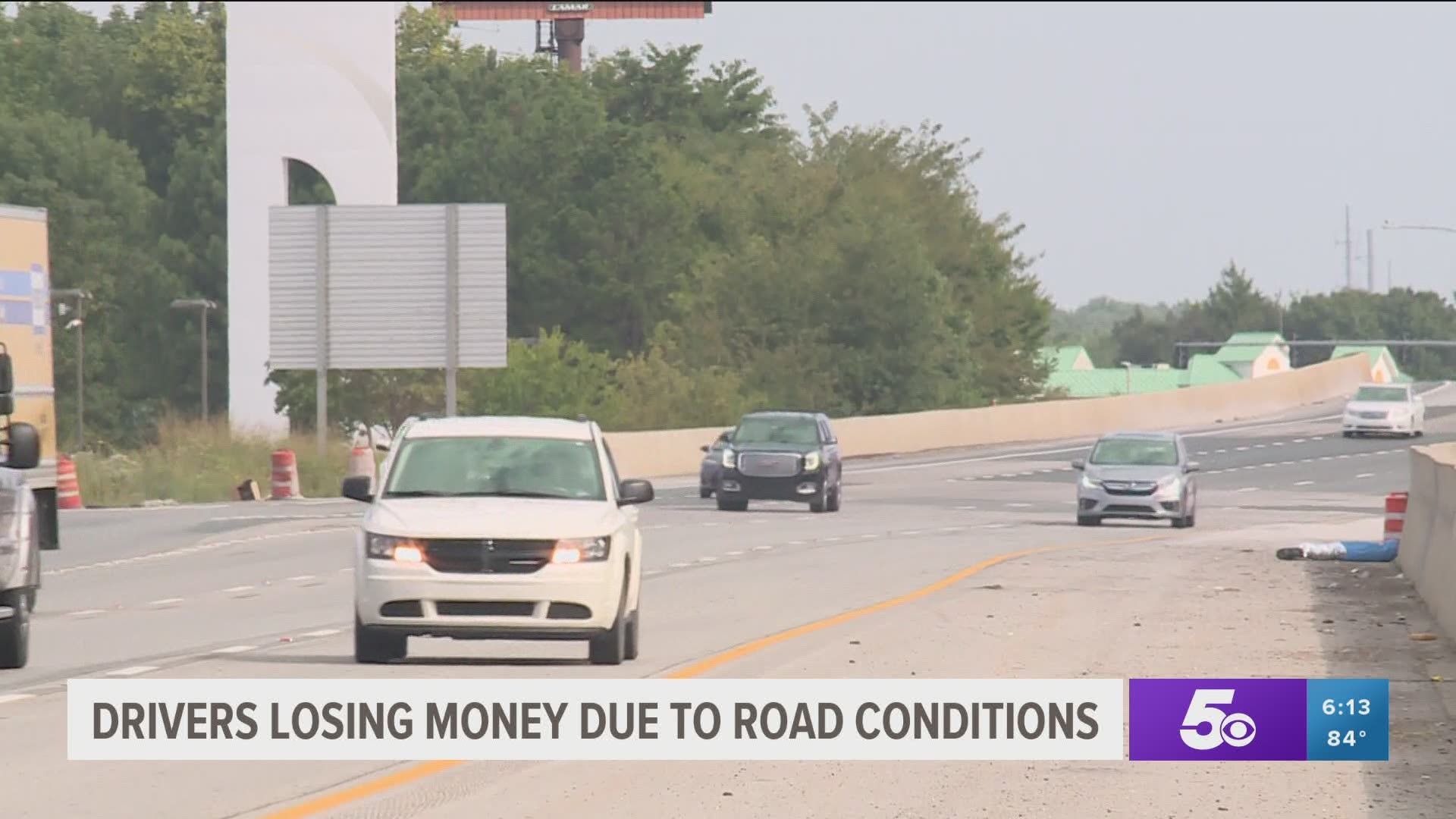 FAYETTEVILLE, Ark. — Arkansas drivers are losing thousands of dollars every year as a result of road conditions.

That's according to a new report from the National Transportation Research nonprofit.

The study found that in Northwest Arkansas the average driver is spending more than $1,200 annually to drive on roads that are deteriorated, congested and lack adequate safety measures.

Additionally, 10% of roads have pavement in poor condition and 22% are in mediocre condition.

With traffic returning to ore-pandemic levels in Northwest Arkansas, drivers are spending 33 hours more on the road annually stuck in traffic caused by congestion.

“When you speak to the average county the judge or the average mayor in a small to the medium-size community they make the case that in terms of what they need, they need the resources to keep up on a month to month basis with the road repairs that they are trying to do,” said Joe Quinn of Good Roads Foundation.

The numbers in Fort Smith are similar and in some cases more, with costs for drivers at more than $1,400.