Semi collision claims one life on I-40 in Oklahoma, traffic stalled for hours

A semi driver is dead following an early morning collision on I-40 in Roland, Oklahoma. 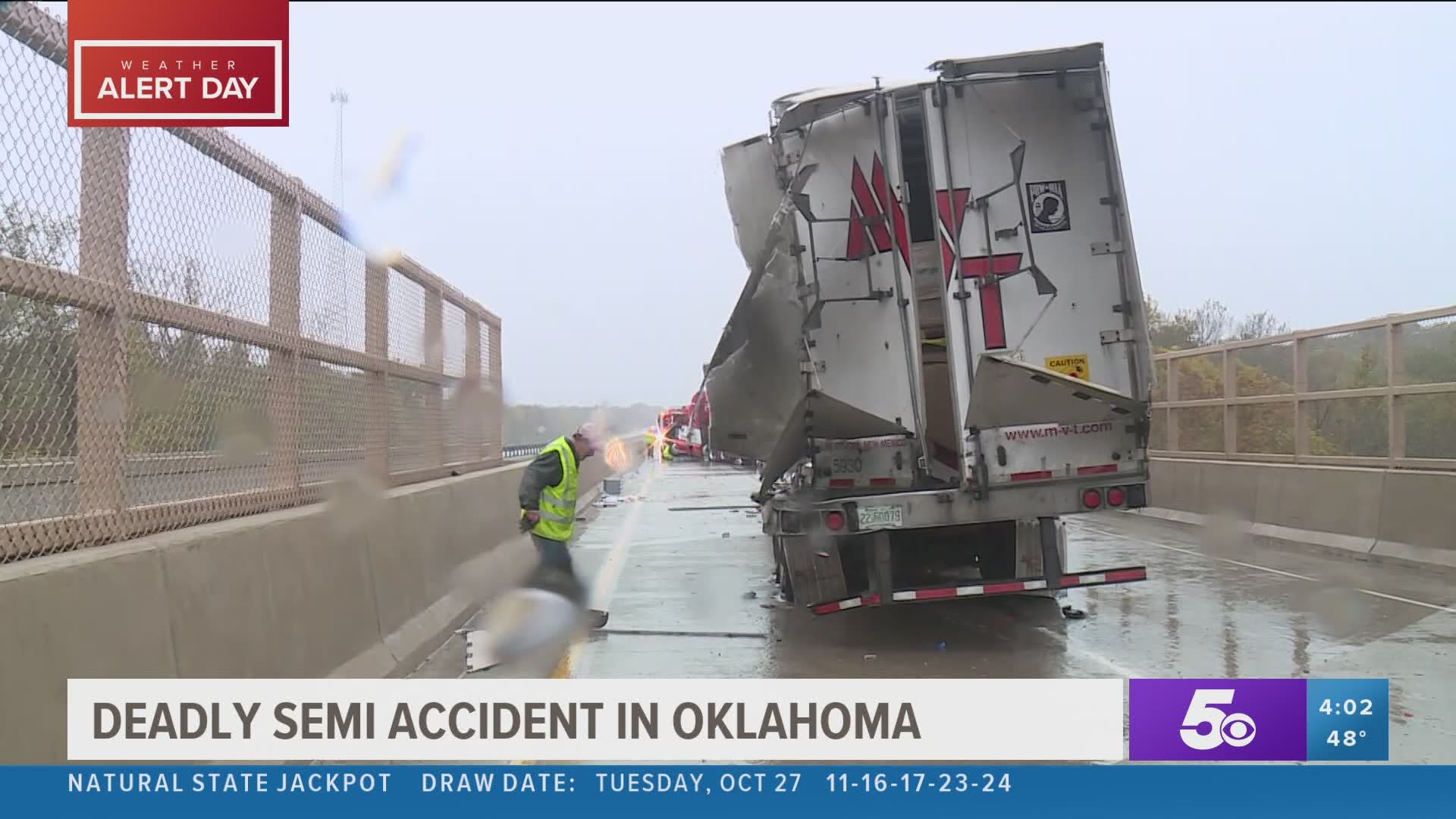 ROLAND, Okla. — Update: All lanes at the scene of the crash have reopened.

The crash happened at mile marker 328 on I-40 near the Venture Aerodrome Airpark Number 2 in Roland, Okla.

Traffic was at a standstill for miles as emergency crews directed drivers to the Dora exit nearby. Some drivers had to wait over six hours before they could move again.

According to Oklahoma State Police, at around 4:30 a.m., a box truck was having maintenance problems and pulled over to the side of the interstate with their emergency flashers on. A semi heading westbound hit the back of the box truck pulled over on the shoulder, stopping their vehicle. Another semi then crashed into the back of the semi that hit the box truck, causing the roadway to be blocked.

Orlando Robles, 40, of Texas died due to the collision. He was a passenger in the semi driven by 53-year-old Juan Garcia.

No one else was injured during the accident.

Fatal Semi Crash on I-40 in Roland, Okla.

RELATED: JJ's Grill is raising money for the family of employees killed in crash