Officials confirm an employee failed at reporting the crack during the 2019 inspection of the I-40 Mississippi River bridge. They were fired Monday morning. 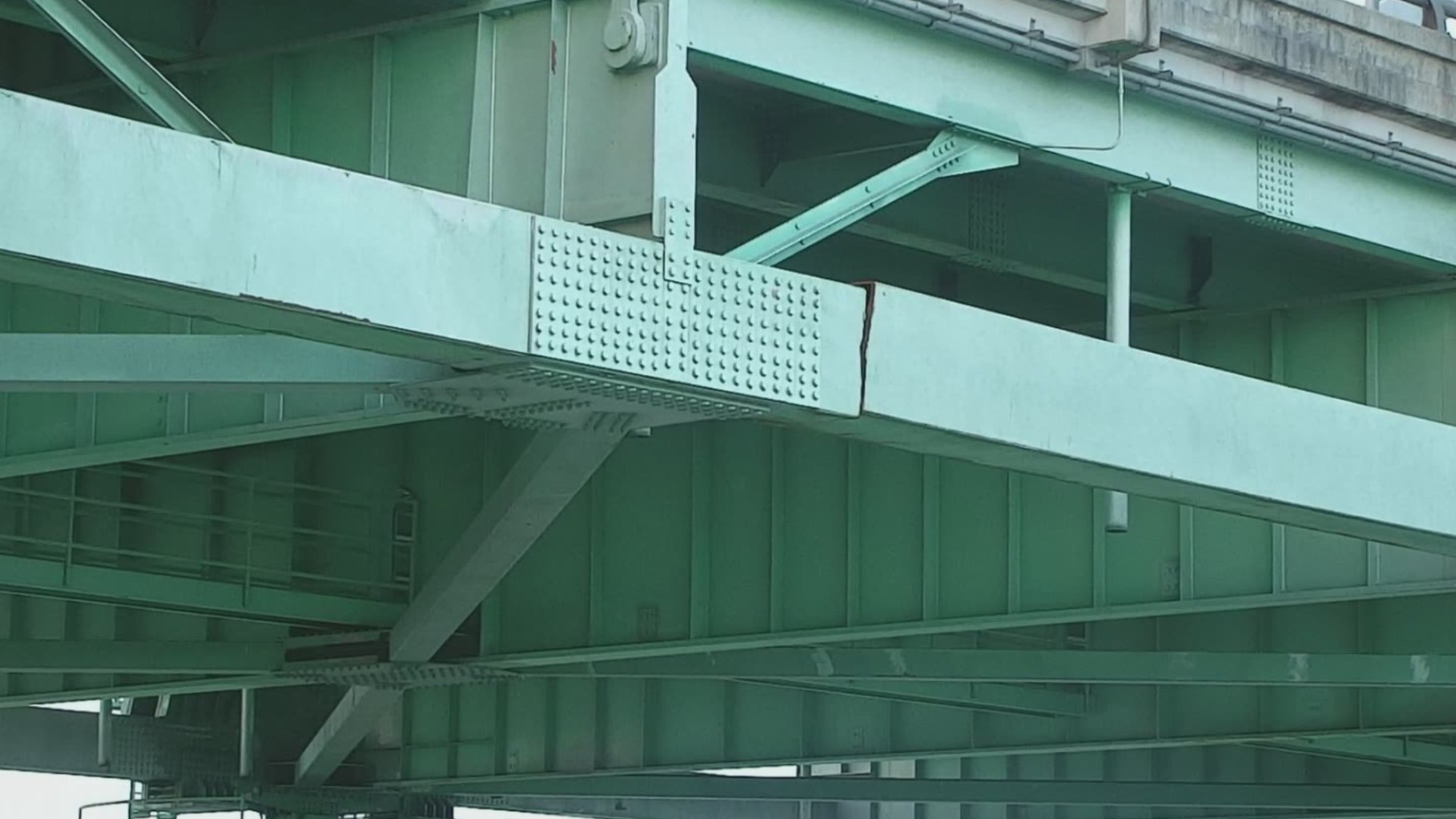 MEMPHIS, Tenn. — The Director of the Arkansas Department of Transportation (ARDOT) announced on Monday an employee failed at inspecting the I-40 bridge over the Mississippi River in 2019.

That person was fired Monday morning.

ARDOT also released an image of the fracture that was taken in 2019.

“From our investigation we have determined that the same employee who conducted the inspection in both 2019 and 2020 failed to carry out his responsibilities correctly,” Director Lorie Tudor said.

The bridge has been shut down since May 11 when an Arkansas inspector noticed the fracture.

As for plans to repair the fracture, the team will stabilize and repair the structure.

Officials hope to have a contractor selected by Monday afternoon and then they will have a timeline of how long bridge will be closed.

Repairs will be conducted in two phases. Traffic will not be allowed back across the bridge until after both of the phases have been completed.

Officials say there won’t be a timeline of how long repairs will take until later in the week.

BREAKING: Director of @myARDOT says contractor failed their duties for the inspection in 2019. That person was fired this morning. This is a picture of the fracture in 2019. pic.twitter.com/r9o3GlWX5i