According to ARDOT, drone footage from May 2019 shows damage on the lower side of the I-40 bridge in the "same area" as the fracture that closed down the bridge. 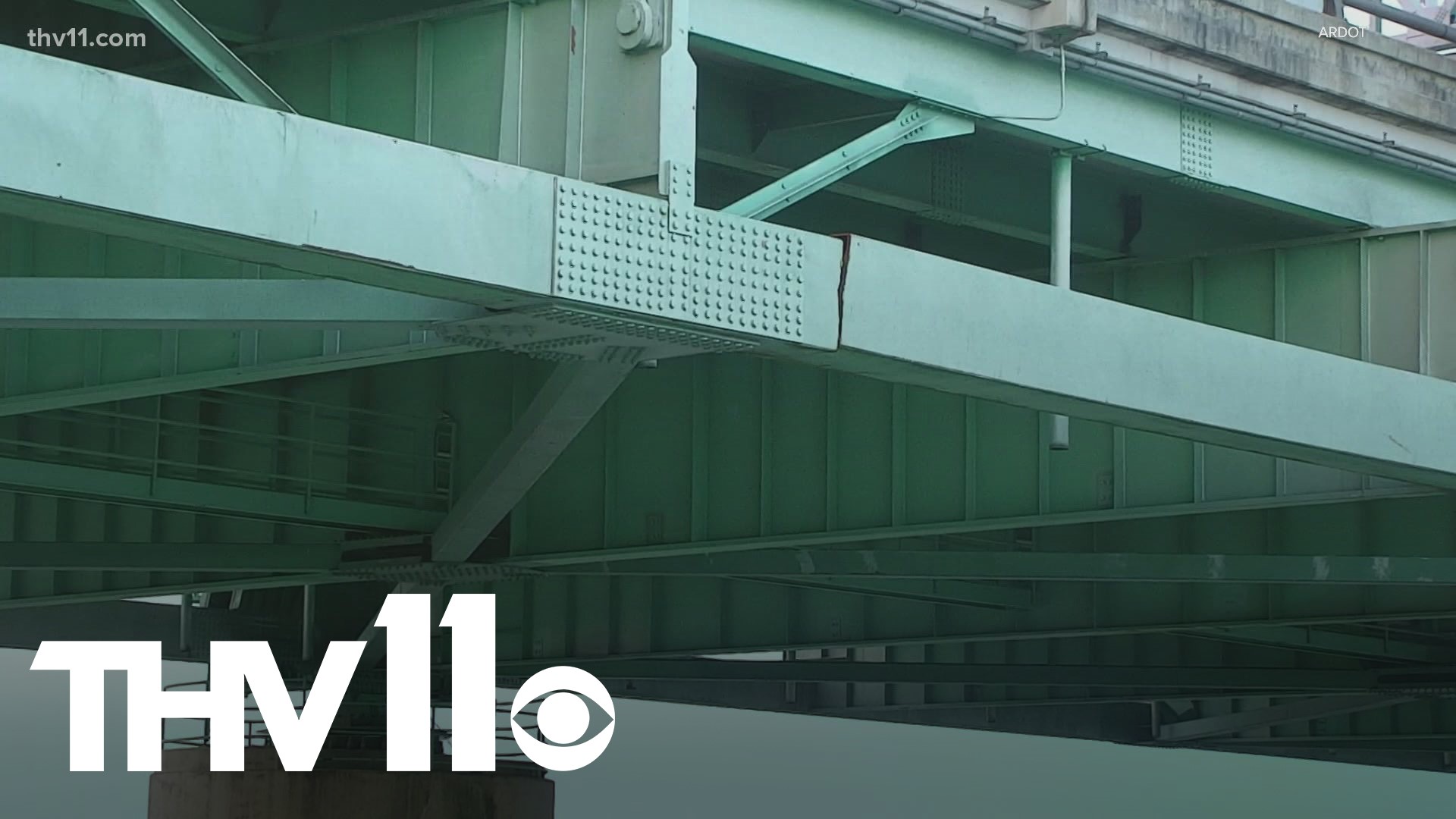 MEMPHIS, Tenn. — The Arkansas Department of Transportation (ARDOT) has confirmed past drone footage shows damage in the "same area" of the fracture that caused the I-40 shut down earlier this week.

The video, taken in May 2019, shows damage on the lower side of the bridge.

"At first it looked like a large rust stain. Then we looked at it closer and you can see where it's beginning to crack," said Dave Parker with ARDOT. "It's not as severe as what we saw the other day, but it's clearly beginning to crack and it's in the same area."

ARDOT is investigating to see if that damage was reported in the September 2019 inspection and what actions were taken, if any.

According to ARDOT, the I-40 bridge was inspected in September 2019 and 2020, plus, other inspections by hired contractors.

"Every bridge in Arkansas has to be inspected once every 2 years. This type of bridge is inspected at least once every year. In reality on this particular bridge, we've been inspecting it more than we are required to," said Parker.

As one could imagine, the bridge being shut down has already caused major problems.

"There are currently 12,500 trucks that use that bridge every day,"  Shannon Newton, president of the Arkansas Trucking Association, said.

Trucks are being rerouted to the I-55 bridge, which has delayed some drivers by up to two hours.

Since I-40 stretches across most of the U.S., truck drivers are now being rerouted further north and south in an attempt to avoid Memphis altogether.

Friday morning, the U.S. Coast Guard lifted restrictions for the river so that boats and barges may continue to travel.

A new webpage, dedicated to this closure of the I-40 Mississippi River Bridge is available.

During the course of our investigation we have found earlier evidence of damage on the #40MSRiverBridge captured by an inspector's drone video. We are now investigating to see if the damage was noted in previous reports and what actions were taken.