Who can get into the Razorback football game this weekend?

Only 22% of Donald W. Reynolds Stadium will be filled on the Arkansas v. Georgia game. 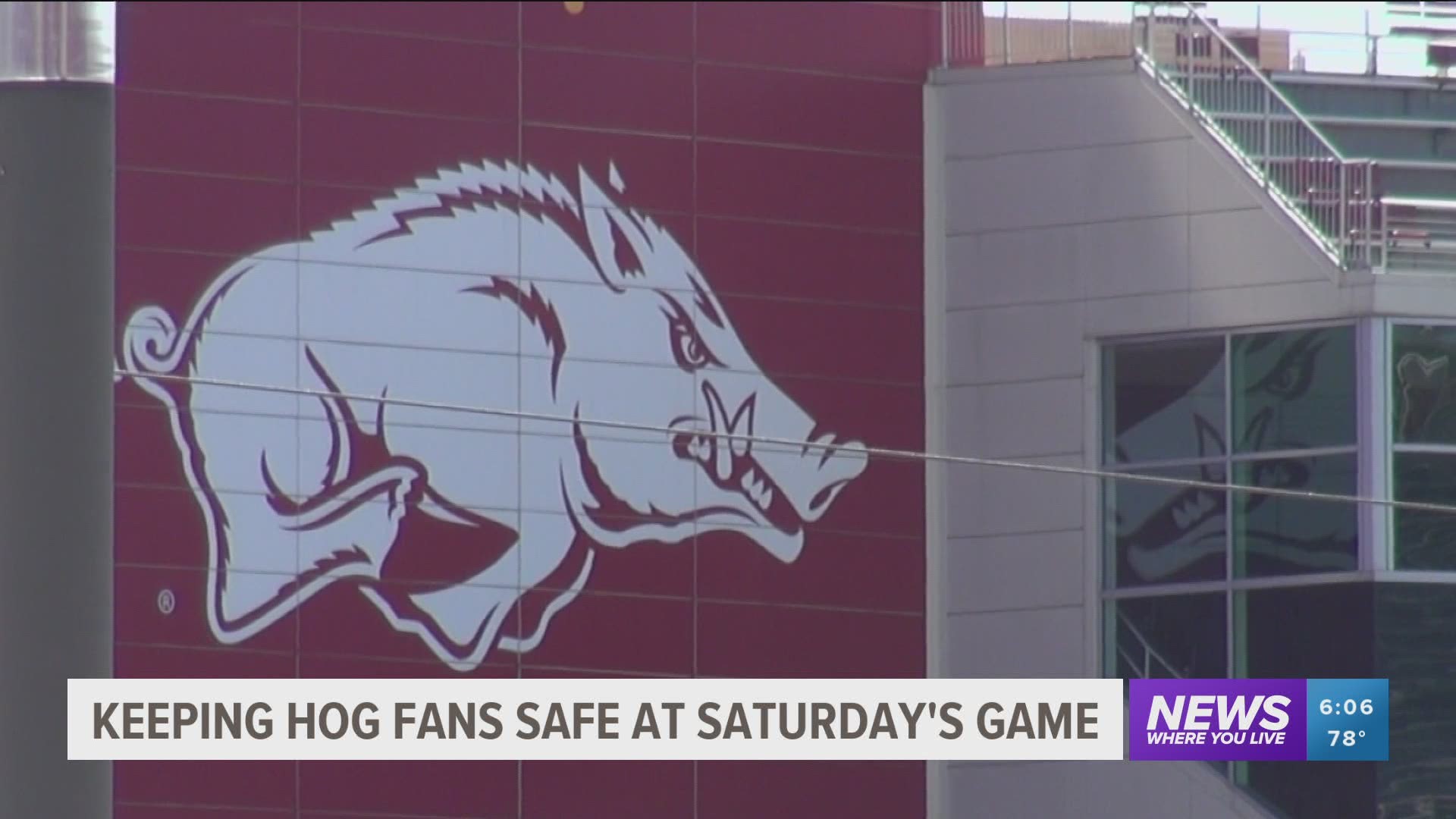 FAYETTEVILLE, Ark. — Only 22% of Donald W. Reynolds Stadium will be filled on the Arkansas v. Georgia game, that's around 16,500 people who will be permitted to enter. This consists mostly of season ticket holders, plus 1300 University of Arkansas students, and 500 Georgia player family.

The stadium will not be selling single-day tickets. Athletic Directors want fans to know that they are doing contactless ticketing only this year, and fans need to download their ticket before heading to the stadium.

Also, tailgating will look much different this year if you decide to do it at all. Tailgating is no longer allowed on the University of Arkansas campus, and Fayetteville Police will be monitoring social distancing in surrounding areas.

"We do have a directive where we can issue a citation between $100-$500, but we don't want to get into that. We don't want to give people citations, that's the last thing we want to do. It's all about cooperation, education and watching the Hogs win on Saturday," says Officer Anthony Murphy with Fayetteville PD.

If you do have a ticket to the game, don't forget a mask to go cheer on the Hogs.

RELATED: Changes fans can expect at Razorback Stadium during the 2020 football season