The rise of women’s basketball in Arkansas

Girls basketball at the high school level has been at an all-time high, constantly breeding collegiate talent. 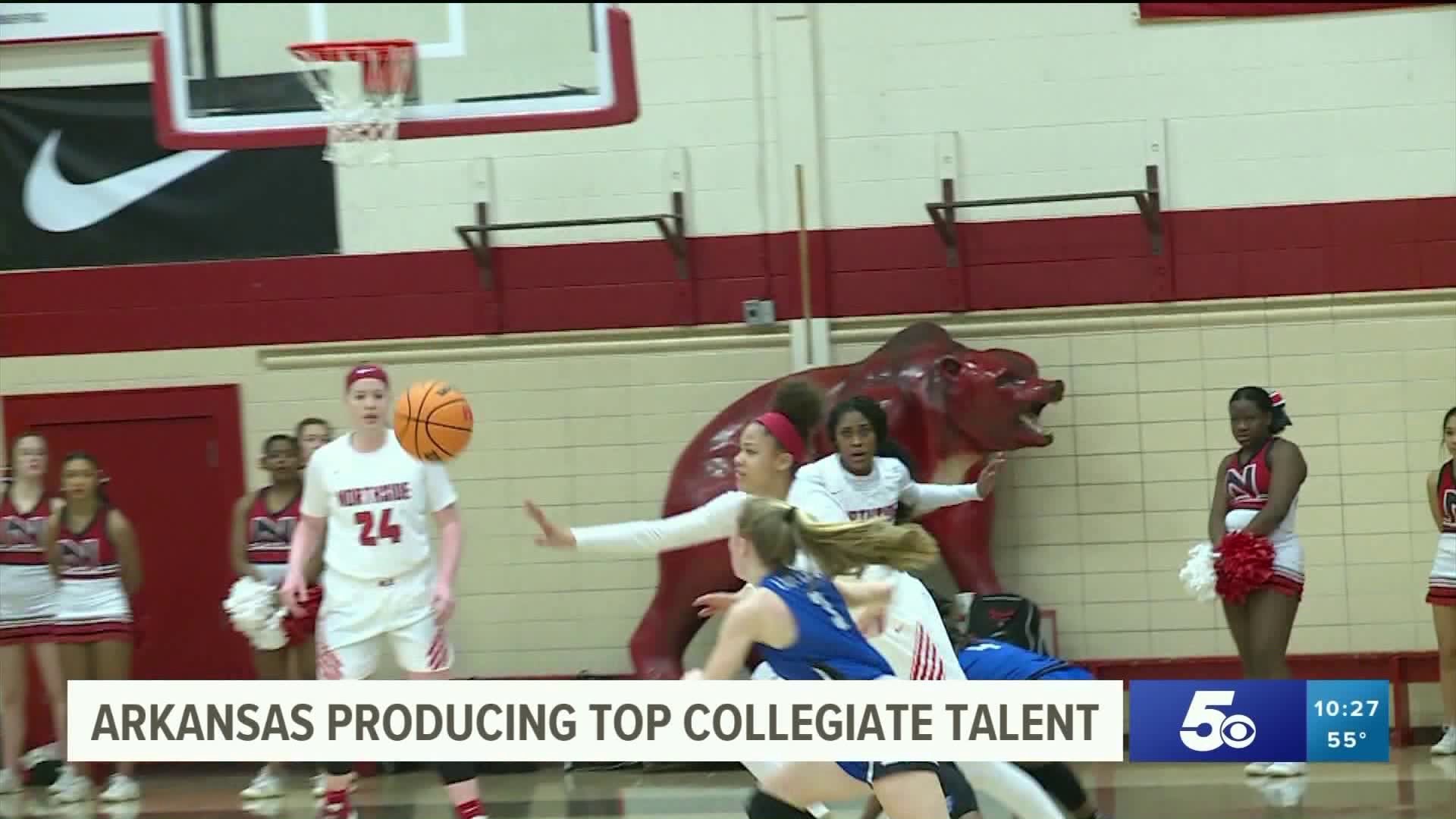 FAYETTEVILLE, Ark. — When people think of sports in the south, typically, the first thing that comes to mind is football.

But over the past few years - girls basketball at the high school level has been at an all-time high, constantly breeding collegiate talent. That also bleeds into the women's basketball program at the University of Arkansas - where athletes are raising the bar in a state where the sport is so highly respected.

"When I was making the pros and cons list between the University of Washington and the University of Arkansas - when the opportunity arose, the number one thing at the top of that after I got past family was potential in-state recruiting for the next ten years," Arkansas women's basketball coach Mike Neighbors explained.

Look just about anywhere in the state of Arkansas, and you'll see some of the most competitive girls basketball players in the country.

"I can say this - we travel and play a national schedule and the state of Arkansas has consistently held their own," Northside girls basketball coach Rickey Smith mentioned.

"I see coaches that are committed to kids, and I see kids that are benefiting from that by knowing that they have to raise their game to be able to play in organized high school basketball," Fayetteville girls basketball coach Vic Rimmer added.

Leading the way in this year's graduating class in the Natural State is Fayetteville's Sasha Goforth. The Oregon State commit is ranked 16th overall in the nation and is a force in every game she plays.

"The kids like her are the ones that stay extra," Coach Rimmer emphasized "They spend a lot of time working to hone their skill. I think that's paying off. That's making all of us look good here in Arkansas. Sure, Sasha Goforth is a Gatorade Player of the Year and a McDonald's All-American, and she may not be the best player in the state. That says a ton for this state."

Coming in the 2021 class, Northside's Jersey Wolfenbarger checks in at 19th in the country with Bentonville's Maryam Dauda not far behind at No. 22. Having high-caliber talent to compete against only motivates the players to improve even further.

"You want to be able to see how you measure up against top kids in the nation and be able to play them right down the road, it's really great," Wolfenbarger explained.

And of course, what starts at the high school level bleeds into the college level.

"We average about three kids a year playing collegiate basketball," Coach Smith mentioned "Our sophomores come in, at any other program - they're going to be starting or playing a lot of minutes. But at our program, they have to sit the bench a little bit to earn their way up the ladder."

And while Mike Neighbors makes his way to gyms around the state, he's not alone at those big matchup games.

"It's not just the Arkansas coach showing up," Coach Neighbors pointed out. "It's everybody in the country is coming in to see them."

What's just as important as the future of the athletes is what they're leaving behind for future athletes.

A domino effect changing the lives of athletes around the state and changing the future of girl's basketball in Arkansas.