Storey’s Return Could Not Have Gone Better For QB

Charleston native carves up Arkansas defense in return to The Hill 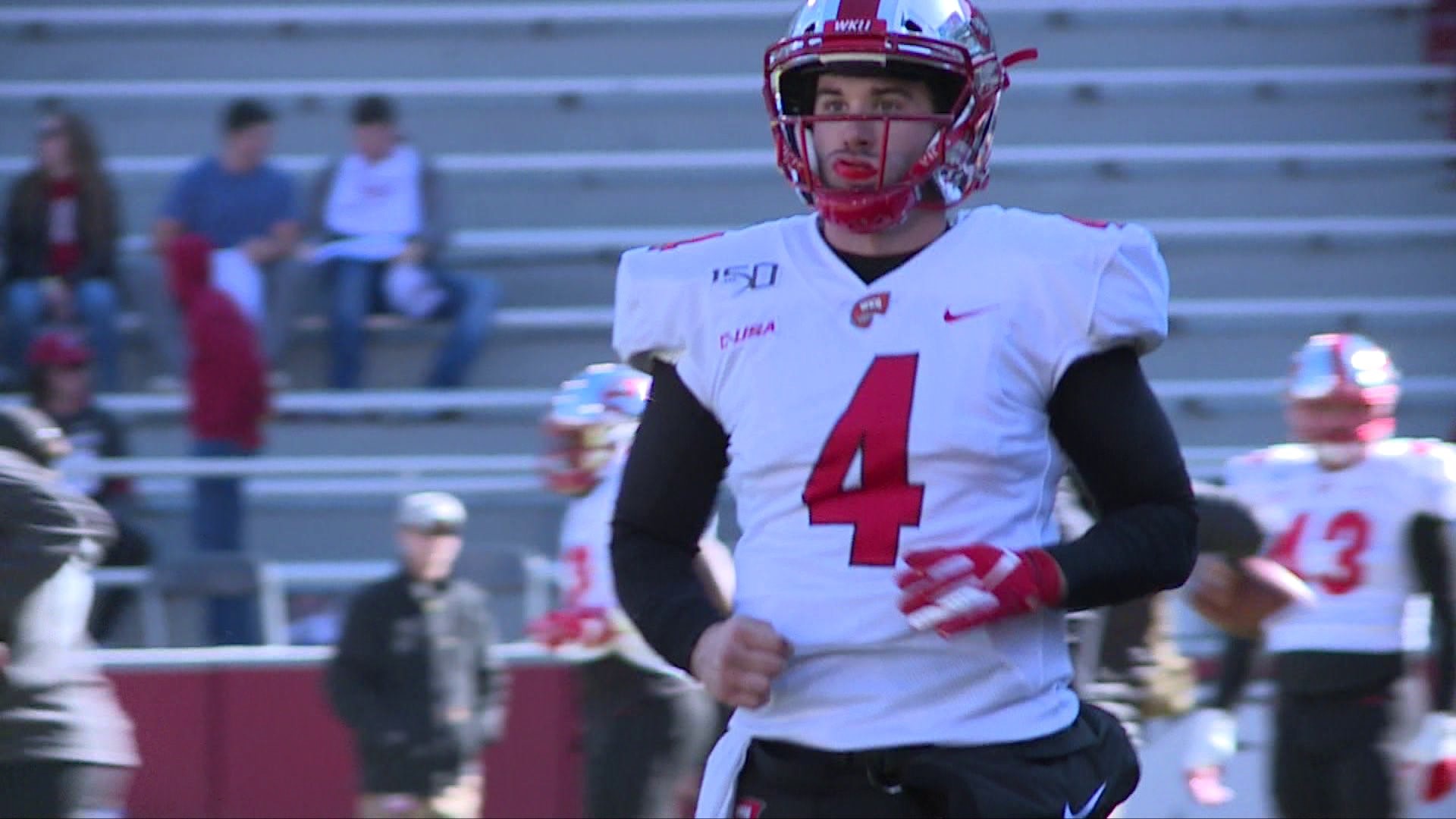 FAYETTEVILLE (KFSM) - Ty Storey was expected to light up the scoreboard during his career with Arkansas but it was playing against the Razorbacks for the Charleston native that fans will forever remember.

Storey led Western Kentucky to a 45-19 rout of Arkansas on Saturday as he accounted for 290 total yards and three touchdowns.

"Coach Ellis was kind of worried," Storey said of being too excited for the game. "He said calm down. 'I know you're going to want to do everything but stay within yourself and stay within the system and it's all going to work out'."

It certainly worked out for Storey and the Hilltoppers as they put up 35 first half points and their first punt did not come until the third quarter. Storey had a pair of touchdown runs to help build a 21-7 lead but it was his 69-yard touchdown pass that both put the game away and showed that Storey owned the day.

"I had commended Ty all week long after watching him," Arkansas coach Chad Morris said. 'He's an older guy that got in and found his niche and did a great job and obviously his performance today was on par."

"He was locked in from the get go," Western Kentucky coach Tyson Helton said. "He wanted this one really bad. I thought he handled everything to perfection."

Storey is 5-2 as the Hilltoppers starter and helped WKU become bowl eligible. After the game on Saturday, Storey said he was excited to get out and talk with '58' friends and family that he had a ticket request from but this game has always been circled on the calendar.

"When I saw the schedule and I saw Arkansas, that kind of made me smile a little bit," Storey said.