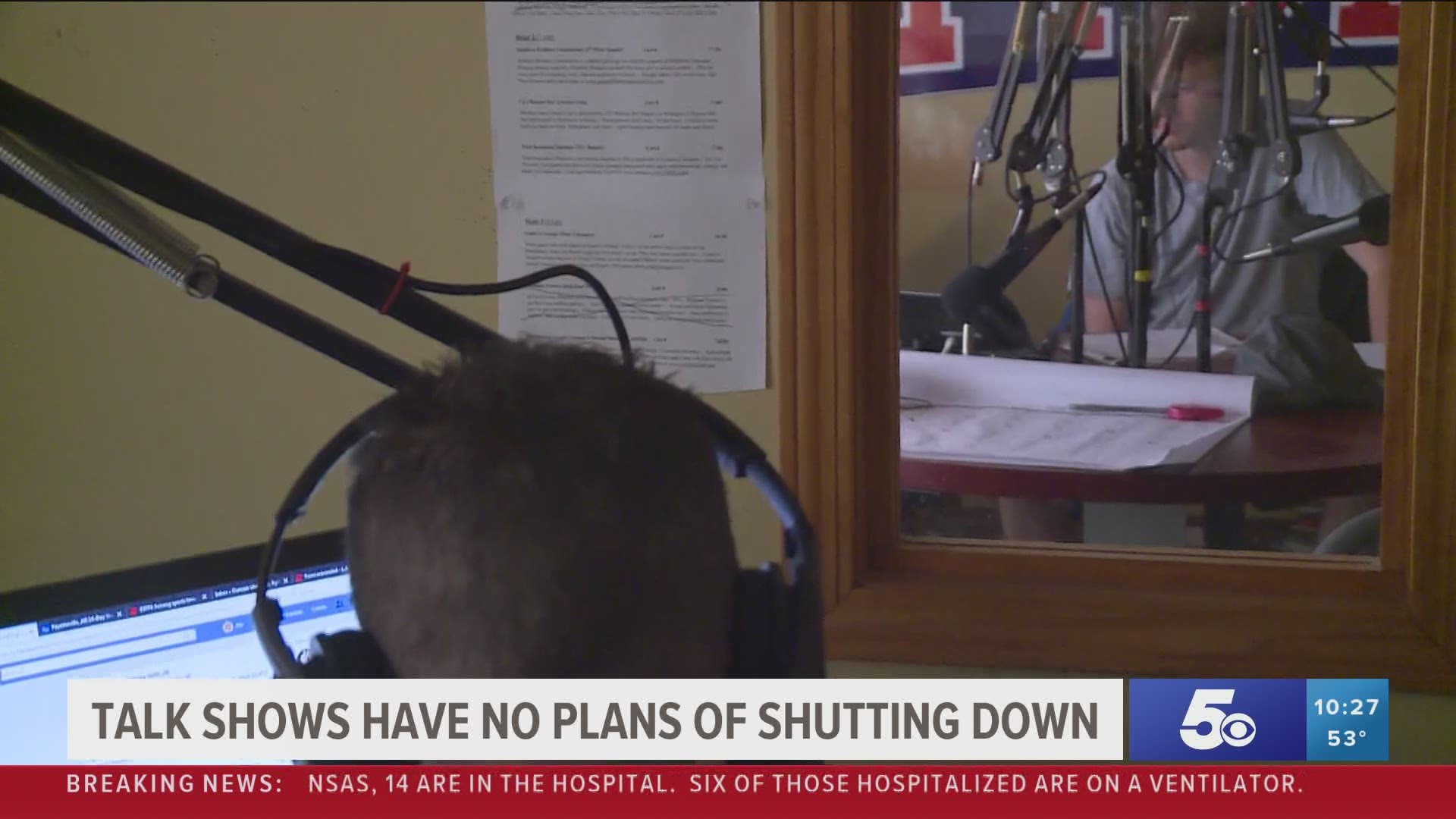 FAYETTEVILLE, Ark. — “What do I watch now at night, cause it’s always sports, right?

Evan Eccleston, a producer for the Red Zone with JB, speaks for millions of Americans. But for Evan and host Josh Bertaccini, the day to day question is a little different.

“That’s the reality of the world right now,” admits Bertaccini, who has been hosting the show on 92.1 The Ticket since 2011. “Sometimes sports isn’t the most important thing, and for somebody who works in sports and makes a living doing this very day, that’s a really difficult thing to accept.”

For now, the show can still go on with a host and producer in studio, as long as they stay on opposite sides of the glass.

“It is essential, it is vital to not abandon post, to not give up the position you’re in and head for the hills so to speak,” says Bertaccini, spraying the studio with Lysol.

Radio shows can develop a community that extends beyond the walls of the studio, and that’s never been more evident.

“This is one of those times when you do feel the fabric and the glue of the show wore than usual, and we have great listeners, Arkansas has unbelievable sports fans, and they’re stepping up for us right now in a lot of ways,” says Bertaccini.

“The callers have been great,” adds Eccleston. “They appreciate that we’re still going, and they’re still tuning in.”

Sports has long been a place to turn for distraction from the problems of the world. Bertaccini is hyper aware of this.

“Sports is the ultimate escape, it’s a great diversion, and I feel like now is an important time to provide that too. So finding the right balance between public service, sports information, and entertainment, that all goes into the formula of what we’re trying to do every day.”

Eccleston thinks continuing to do the show can help bring some normalcy in abnormal times.

“Even on the outside world it’s chaos and mayhem, but when you tune in you’re still in that familiar place, like I’m used to waking up, turning on the Red Zone, and listening to two crazy dudes talk all day.”