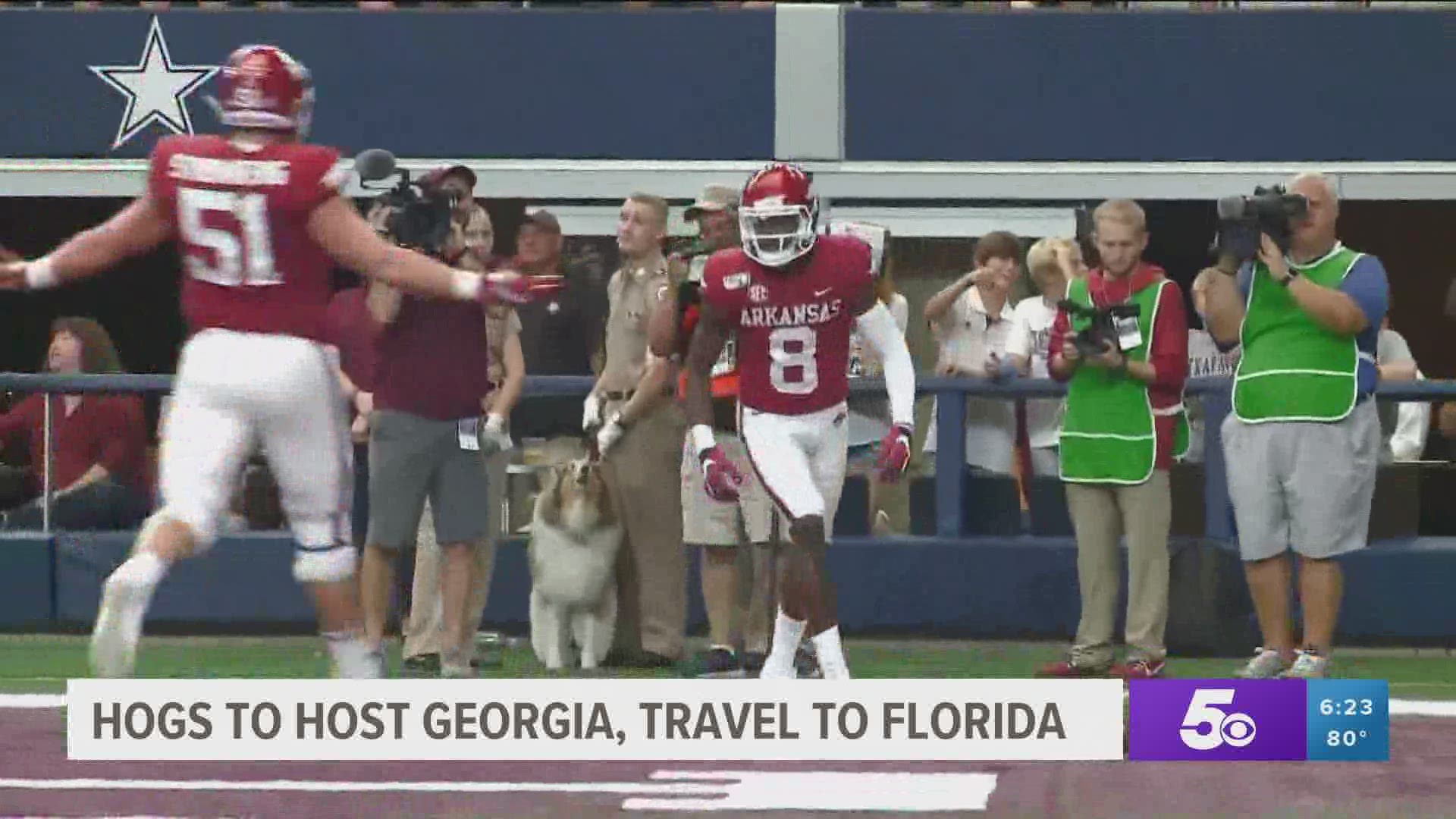 FAYETTEVILLE, Ark — With 10 days remaining before the start of fall practice, the Arkansas Razorbacks finally found out who their 10 opponents will be this fall.

The SEC announced Friday afternoon that the Hogs will host Georgia while traveling to Florida, completing their 10-game conference schedule. Those two teams are expected to be among the best in the SEC East.

Earlier this month the SEC announced that all non-conference games would be canceled.

Arkansas was scheduled to kickoff their season on Sept. 5 against Nevada as well as face Notre Dame, Charleston Southern and ULM.

Arkansas was already scheduled to have home games against Alabama, LSU, Tennessee and Ole Miss, road games at Auburn and Mississippi State along with pair of neutral site games against Missouri and Texas A&M. Both the Aggies and Tigers have indicated that those games will be moved to their home campus stadiums instead of being held in Arlington and Kansas City.