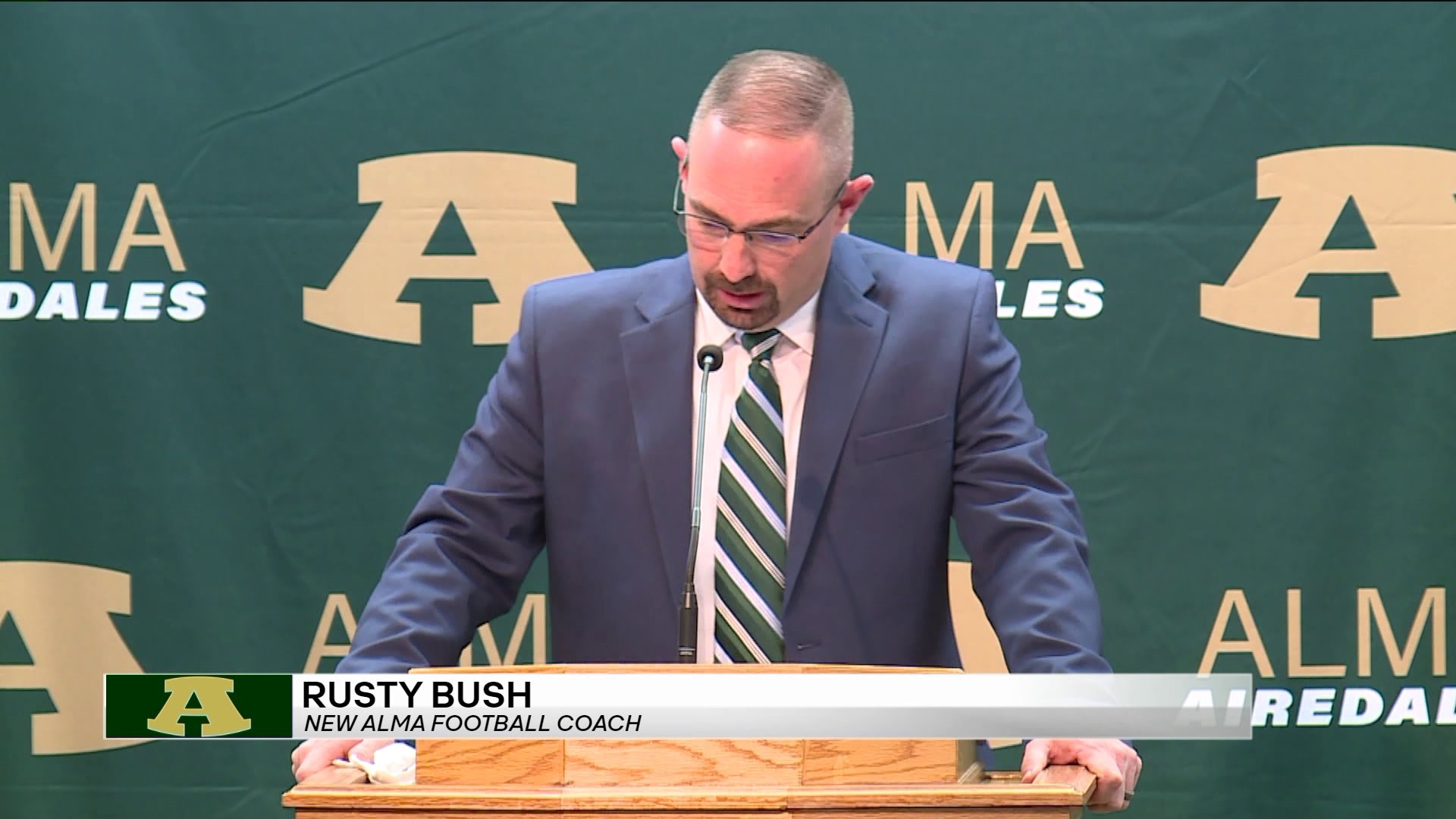 ALMA (KFSM) - There's a new head Airedale in town. In a press conference Thursday afternoon, Alma named Rusty Bush as their next head football coach. The longtime Fort Smith Northside assistant replaces Doug Loughridge, who stepped down at the end of the season to take over as AD.

Bush is a football lifer. After playing for Fordyce, he attended Henderson State. While he didn't play football in college, Bush was a student assistant, then graduate assist for the Reddies. After graduating, he was hired as the offensive coordinator at Benton. After four years, he moved on to coach running backs and then defense at El Dorado.

In nearly 15 years at Northside, Bush focused on defense, serving as linebacker's coach. Alma will be his first crack at a head coaching gig.