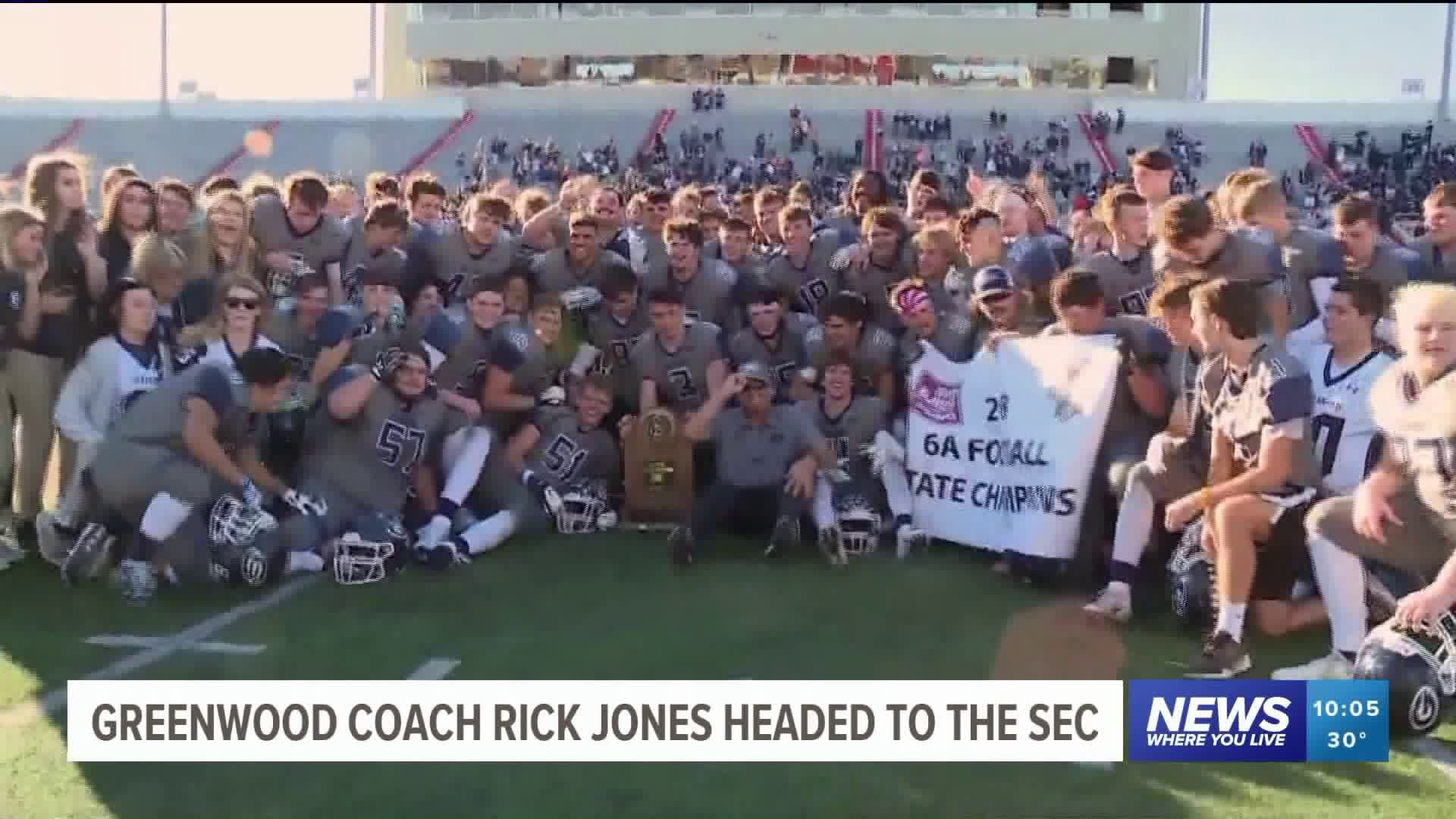 GREENWOOD, Ark. (KFSM) - Rick Jones built Greenwood into one of the premier football programs in the state of Arkansas but after eight state titles he's headed to the SEC.

Jones will be a senior consultant to the head coach at Missouri for Eli Drinkwitz, who is an Arkansas native. Drinkwitz was hired at Missouri in December.

During his tenure with the Bulldogs, Jones led Greenwood to eight state title, three runner-up finishes and compiled a record of 185-26. Jones had been the head coach of the Bulldogs since 2004.

Greenwood Athletic Director Dr. Dustin Smith stated that “Rick has long been the standard in the state among football coaches. I can never put into words the impact he has made in so many lives, including my own. Rick has been an incredible ambassador for the Greenwood Bulldogs and it will be impossible to totally measure his successes. He has been a friend, a mentor, a coach, and a voice of reason to so many. He will certainly be missed in Greenwood, but I am excited to follow this next chapter of his life.”

John Ciesla, Superintendent of Greenwood Schools added, “On behalf of the Greenwood School District, we are incredibly proud of the contributions that Rick and Mona have made to our football program, our school, and our community. We are excited for Coach Jones and his family and know he will make an immediate impact in his new position.