Erin Outley was one of these kids growing up here in Little Rock, who made a promise to his teacher that she’d watch him run through the 'A'. 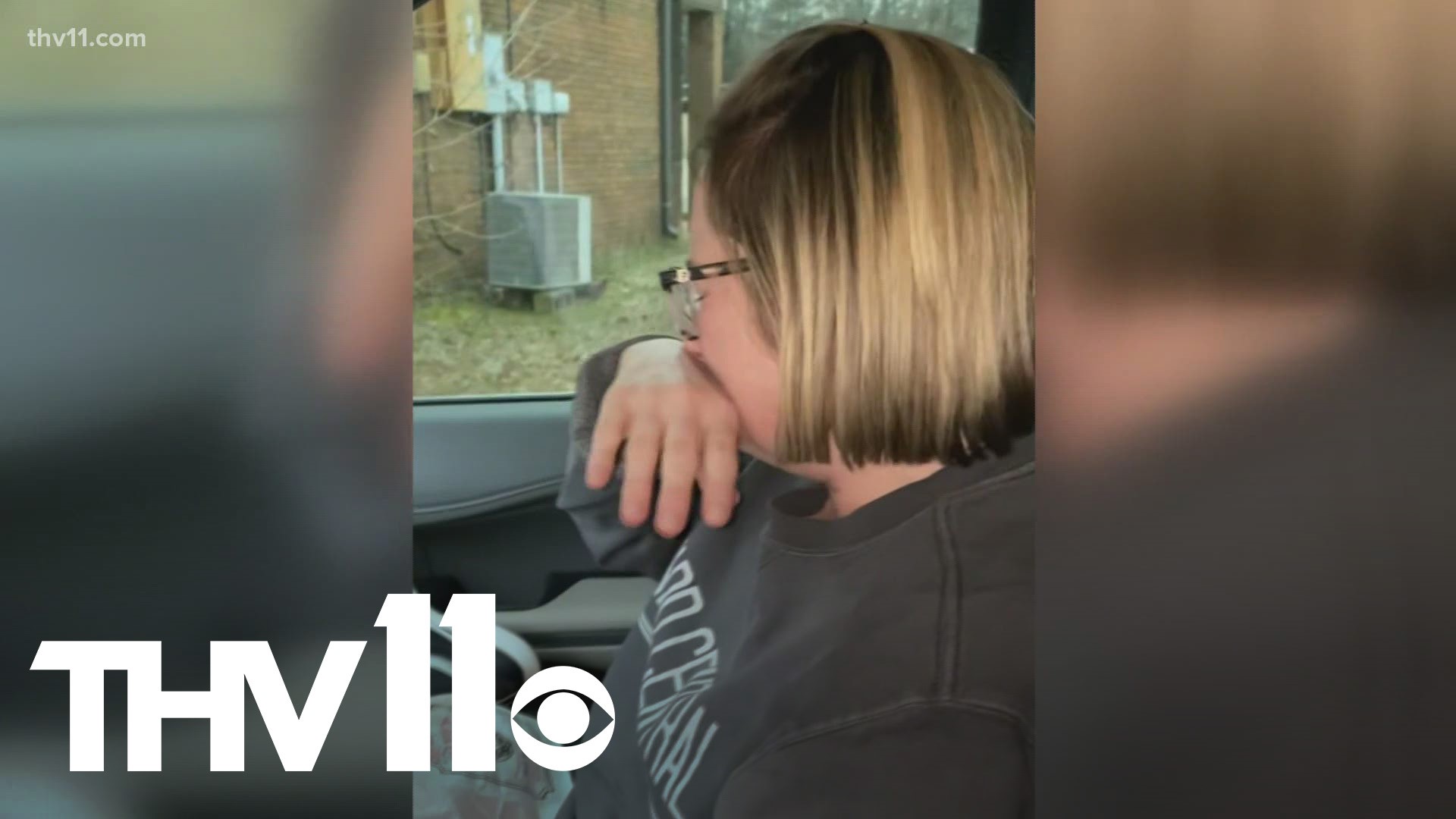 Nearly every kid who grows up in Arkansas playing football wants to be a Razorback when they grow up. 10 years ago Erin Outley was one of these kids growing up here in Little Rock, who made a promise to his teacher that she’d watch him run through the 'A'.

Outley is one of the most talented players you’ll see on the football field. Last July his hard work paid off when he committed to his dream school, the University of Arkansas.

"My first Razorback game was with Darren McFadden when they played in Little Rock versus LSU. I still remember the 60-yard touchdown he did in the 2nd half."

From that moment on Erin knew he wanted to be a Razorback as he told his elementary school teacher Brooke Moore over and over again. "He had conviction beyond a 3rd grader to play football. I was like, ok alright. What do you need to do to be success to play football?"

Outley never forgot what she said. "I remember every word she said, she wanted me to play for the Razorbacks."

Brooke believed even at that age, Erin had the work ethic to make it happen. "Very talented, even in the 3rd grade you could tell he was an athlete through and through."

From 3rd grade to his senior year at Parkview. Erin dominated the competition earning multiple division one scholarships. Brooke, now a teacher in the Cabot school district lost touch with her former student. Until this week she heard his name on the radio.

A true blessing of seeing one of my favorite teacher seeing that i signed with the razorbacks it always been a dream now its coming true 🙏🏿❤️ @RazorbackFB pic.twitter.com/SBgwJIsvuL

Brooke was overwhelmed hearing the news that Outley had signed with the Razorbacks. "When they’re growing and you seem the develop and mature. They become adults and it just makes your heart happy."