Payton Brown Pours In The Points For Waldron

Senior Has Bulldogs Ready To Make A Postseason Run 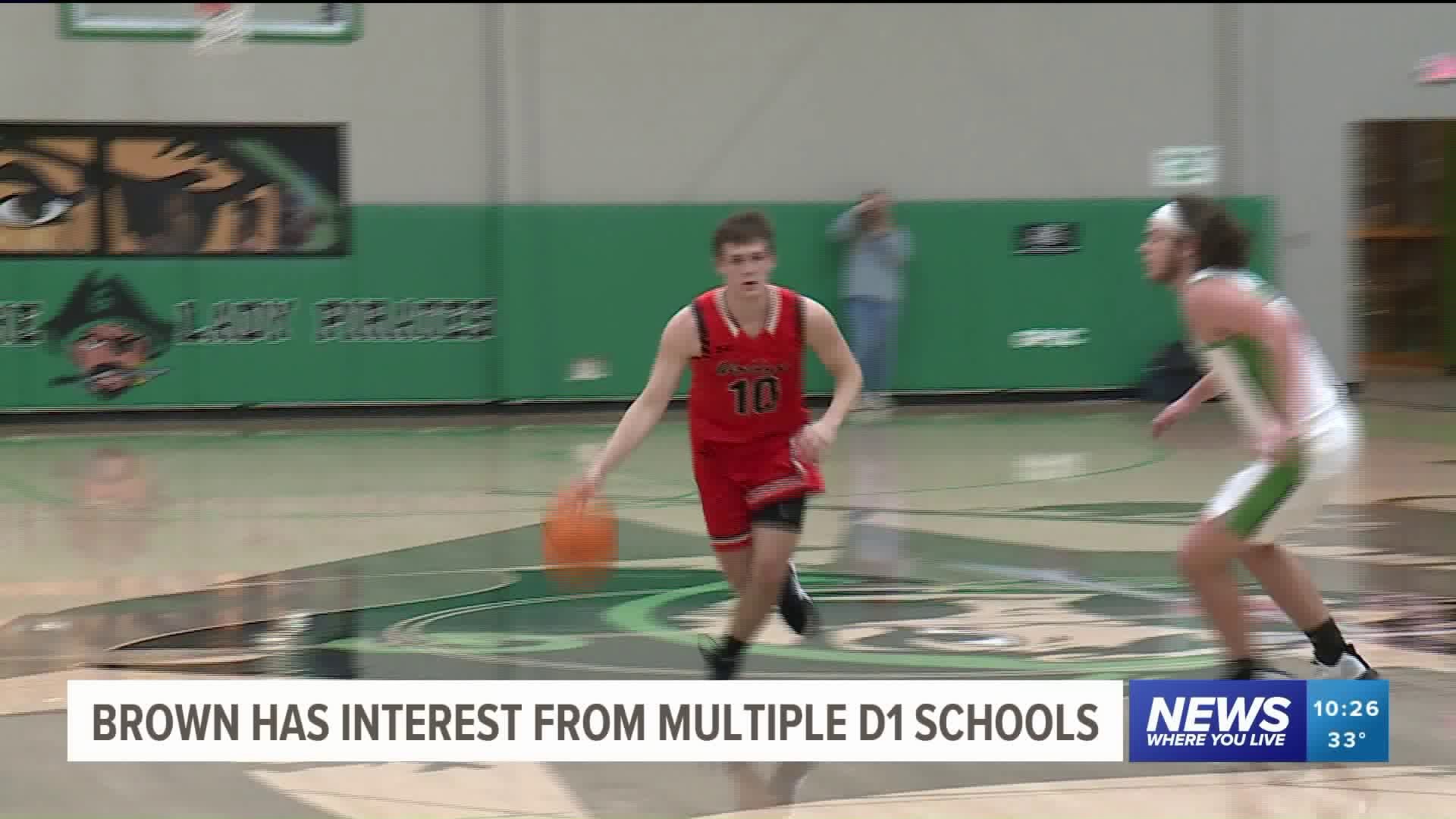 "When the ball goes up they tend to think it's going in," laughs coach Josh Brown.  "And they like it. They want to win"

Payton brown is averaging 31.1 points per game this season, accounting for nearly half of all of Waldron's points scored this season (46% if you want to be picky). He's averaged over 30 points every year of his high school career under coach Brown, who first saw something in Payton when he was just a lanky 7th grader

"You could just tell he was gonna be special. I knew that he was gonna have all the measurables, all the intangibles, to get to the next level, if he just kept working, and he's just continued to progress each year."

Payton remembers the message from coach Brown that day back in junior high.

"I think he watched one of our practices, and after practice he just pulled me aside, he just kinda said that if I wanted to be something special I had to put the work in, that he'd seen plenty of kids with the talent I had that just didn't put the work in, and he kind of instilled that in me."

"Me and my dad used to always be at the gym when I was five, six, seven years old. I used to always be there with him. He just inspired me to get into basketball and my dad instilled in me from a young age that if you want to get somewhere you just have to work. So I just worked my butt off through all my years of high school, junior high, anything to be the best I can be."

Payton broke his dad's single game Waldron scoring record earlier this year. He de-committed from UCA in January, and the interest has been strong ever since, with plenty of chances to fulfill his dream of playing at the next level. Throughout it all, Payton hasn't lost that inital love for basketball.

"It's all fun, its all fun all the time. I mean, if you're not having fun or you don't love the game, there's no point in playing it, you gotta love and have fun with it."

Brown scored 36 in a loss to Elkins on Tuesday. He and the Bulldogs close out he regular season on Friday against Greenland, before hosting the 3A-1 district tournament.