"It drug the boat around for almost 2 hours before I was able to get a clean shot on it," said Travis Bearden. 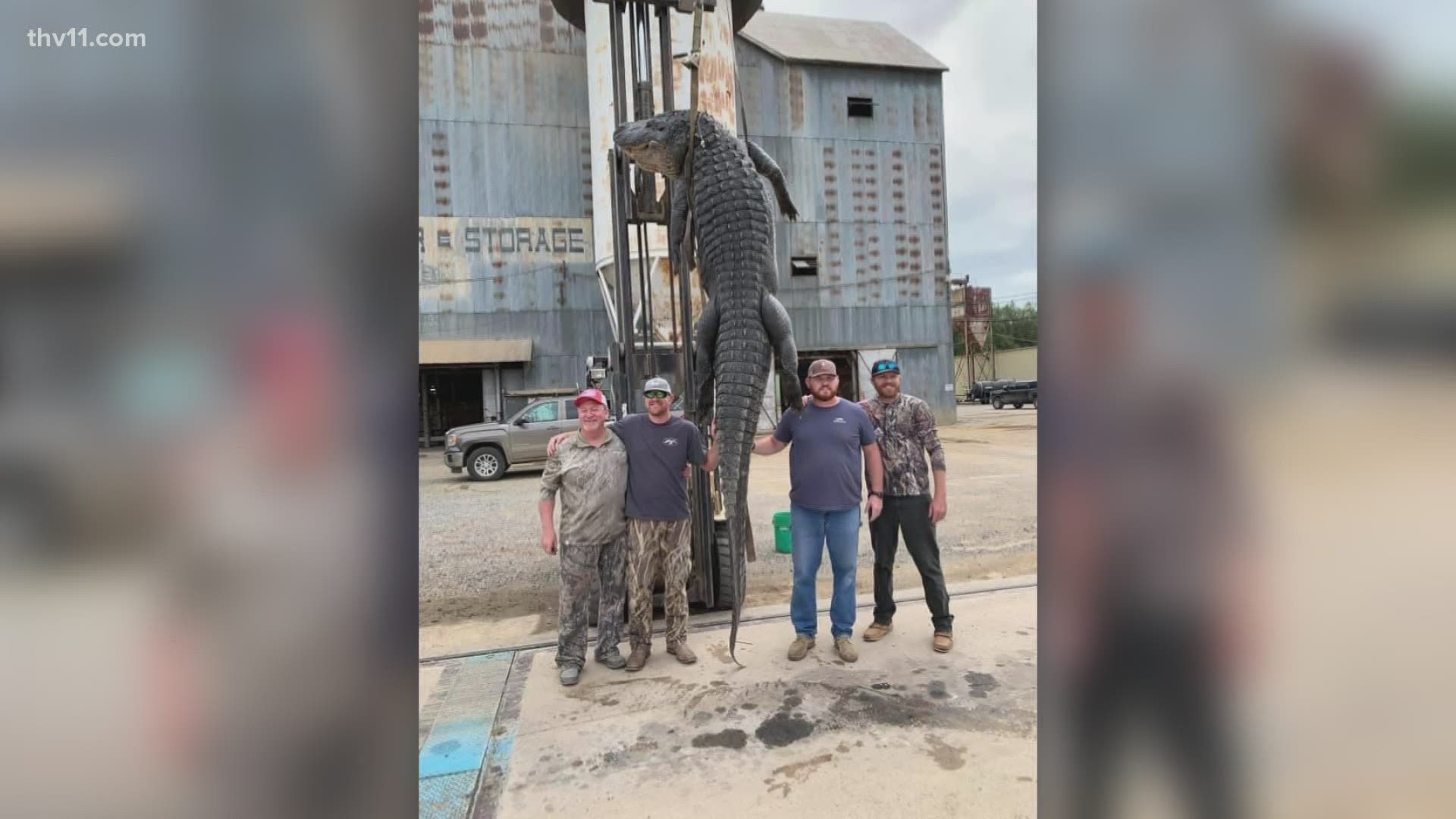 DUMAS, Ark. — Four Arkansas men went hunting on Lake Merrisach this weekend, but they had no idea just how big of a surprise was waiting for them.

Gary Bearden, Travis Bearden, Tommy Kelley, and Cody Bearden were all on a boat Saturday when they spotted the gator in the water.

We weren’t real sure how big he was when we spotted him, and to our surprise after we harpooned it, it ended up being a giant!" said Travis Bearden. "It drug the boat around for almost 2 hours before I was able to get a clean shot on it."

Travis said the alligator measured in at 13’11.5” and weighed 800 lbs. -- breaking somewhat of a state record.

According to Trey Reid with the Arkansas Game and Fish Commission, it’s the longest alligator harvested since Arkansas has had an alligator season.

"We don’t really have an official state record, but keep data on length, and it’s the longest,” Reid said.

Travis said his hunting permit is only good for two weekends out of the year, and this was the last weekend to use it. The previous weekend, they hunted at least 10 hours each night and were unsuccessful.

That's just another reason why Saturday's find was such a surprise, but an exciting one, according to Travis.

"Having my dad and my brother there made it that much more special," he said. "I just sat back and listened to my dad tell stranger after stranger the story! I think he might be more excited than I am!”