A new bill would allow the Arkansas Game and Fish Commission to adjust the current resident hunting and fishing license fees in Arkansas. 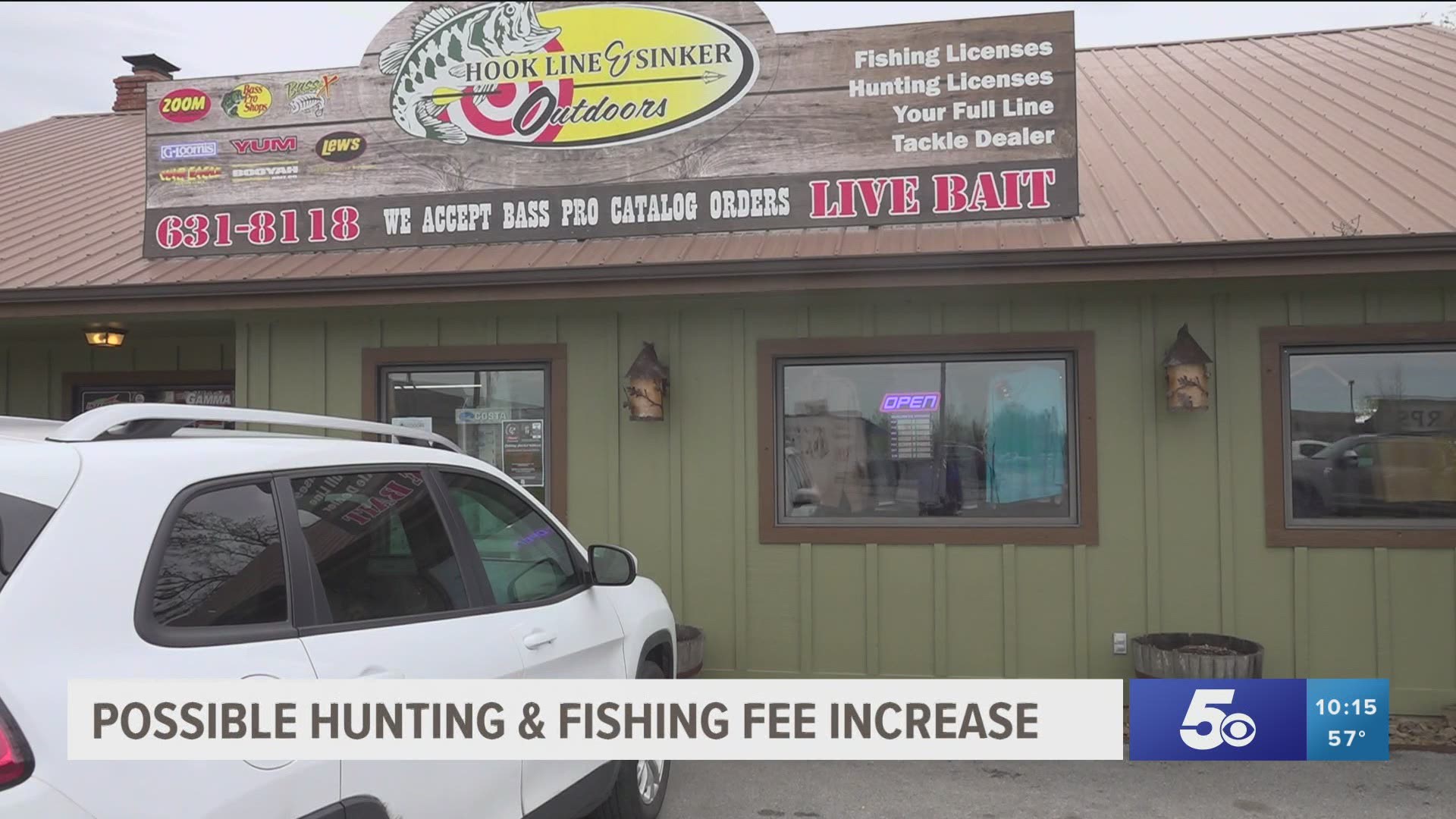 ARKANSAS, USA — For the first time in decades, fishing and hunting license fees could see an increase in Arkansas.

“It’s just time that we raise these to help with some infrastructure issues that have been facing us, and we’ve been putting off because of a lack of funds,” said Stephens.

“Compared to other states I travel to hunt and fish in, Arkansas has very reasonable hunting and fishing license cost. And so being that it’s been a lot of years since it’s been raised, I feel that it is justified right now,” Said Aaron Jolliff, Owner of Hook Line and Sinker in Rogers.

However, others are asking if the bill is necessary.

Jacob Faught is against SB 670. As an avid fisherman, Faught is not interested in the potential fee hike.

“It seems like it’s a little bit of a punishment for going out and doing those things,” said Faught.

Jolliff told 5NEWS while no one wants prices to increase, he supports it if it will improve infrastructure.

The current price for a fishing license is $10.50 and $25 for a hunting license. As of now, the bill was sent back to committee for further review. But if passed, the bill could go into effect as early as July 1, 2021.