Dominique Scott making the most of extra year to train 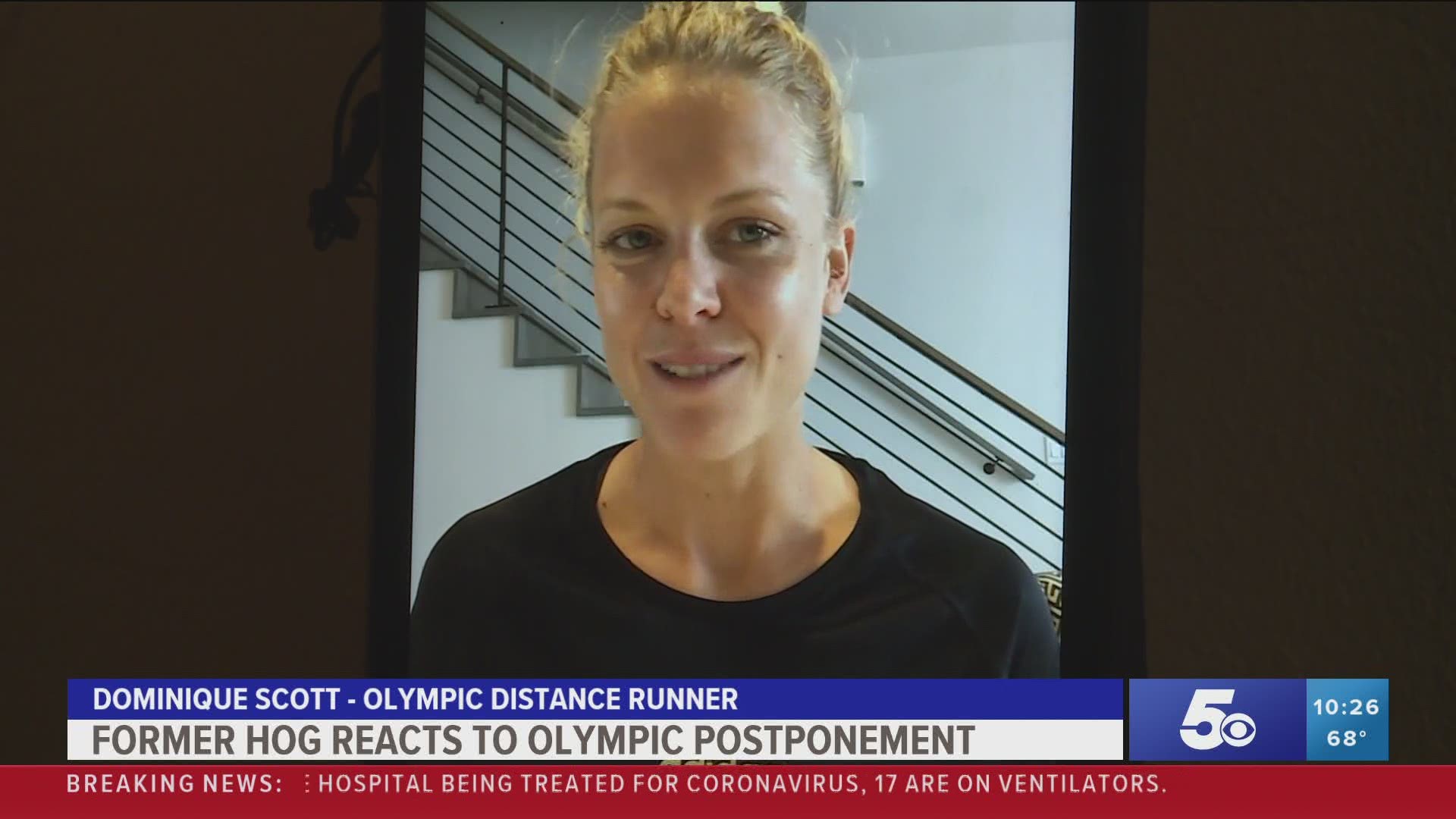 BOULDER, Colo — Last week, the decision finally came down that the Tokyo Olympics would not take place in the summer of 2020, and thousands of athletes training for their once every four years experience had to process the news.

“It’s just kind of been a snowball effect, from going to a small meet to the Olympics, which was going to be the pinnacle of my season, being cancelled as well, it’s been a crazy few weeks.”

“In 2016, when I represented South Africa at the Rio Olympic games, I had just graduated from the University of Arkansas, and I really felt inexperienced competing on the international level, whereas Tokyo I was hoping to compete feeling more experienced and ready to compete on the world stage.”

She understands the decision to postpone, but it was still tough news to hear.

“All of us professional athletes, we put so much into our sport, and to get this one occasion every four years to make magic happen and represent out countries…I’m giving myself a little bit of time to be sad and be bummed.”

Scott, who now lives and trains in Boulder, Colorado, is one of the lucky ones: distance running lends itself to social distancing.

“For now we can still go outside in Colorado,” says Scott. “We’re not doing any team workouts, but I still go run on my own. I’m going back to a kind of base training, instead of preparing to peak this summer.”

So while 2020 won’t be the summer she was expecting, Scott is making the best of it.

“It’s good news that it’s giving me an extra year to train, but I think we all hoped that the Olympics would be the whole world coming together at the end of this pandemic, and I was hoping that would still be this summer, but at the end of the day we are still getting the opportunity to chase our dreams, it will just happen next year.”

Tokyo 2020 can still be a global celebration, just a little later than expected.