Olympic hopefuls lean on each other in limbo

The longest standing member of the International Olympic Committee told USA Today the Olympics will be postponed to 2021. 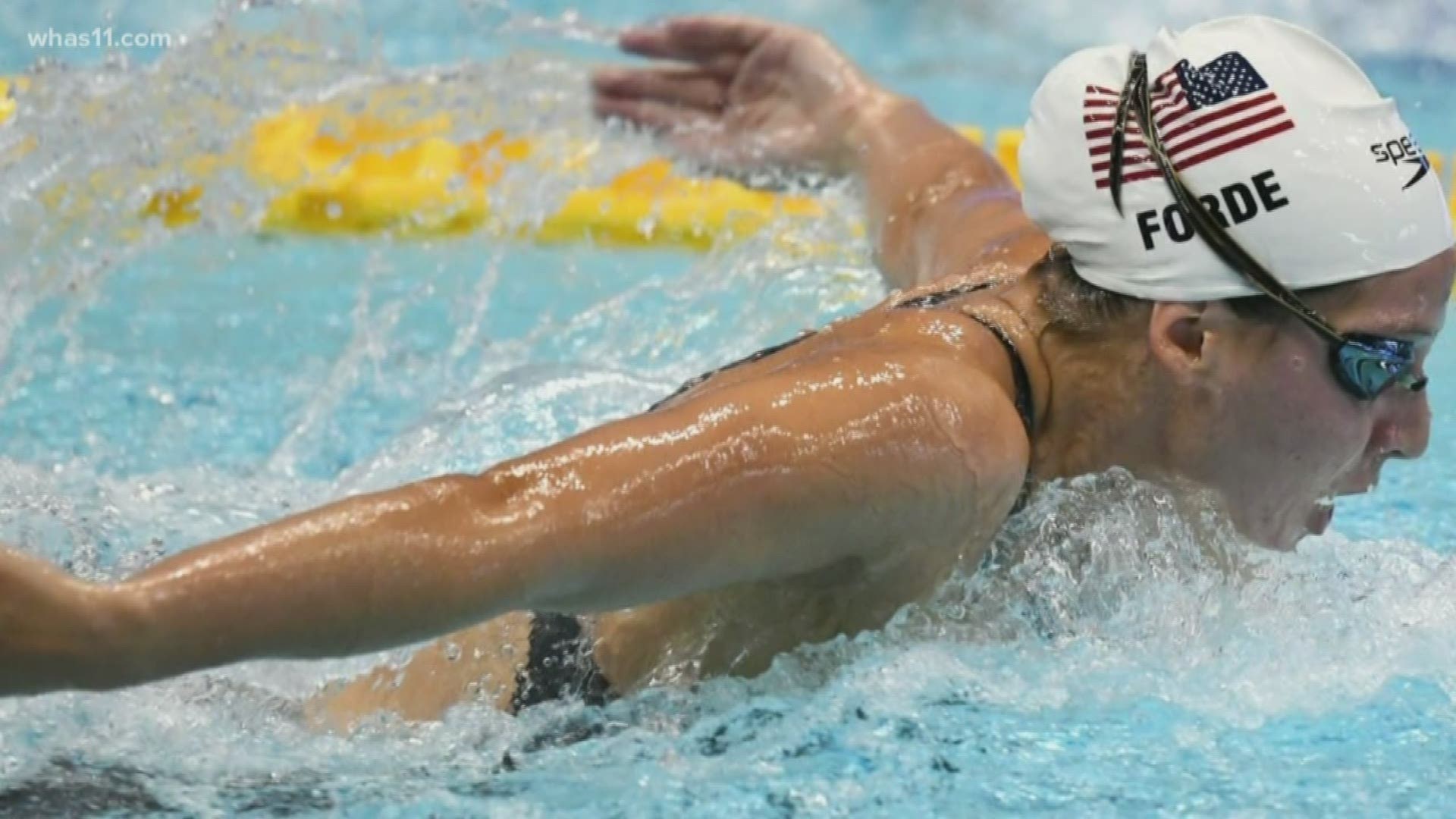 LOUISVILLE, Ky. — With no splashes to be made at closed pools at Stanford University or the U.S. Olympic Training Center in Colorado, Olympic hopeful Brooke Forde had an idea.

"I knew of a pool here that was still open and they didn't have any pools in their area that were open,” Forde said. “Anyone's welcome to come stay at my house."

So after their season ended with the NCAA canceling spring sports championships and school closed due to COVID-19, the Louisville native and three-time national champion swimmer brought two Cardinal teammates home to train: a Wisconsinite in Katie Drabot and a Texan in Lauren Pitzer. Those three are Olympic Trials qualifiers, along with Brooke’s brother Clayton and his visiting teammate from Rhode Island in Harry Homans, two University of Georgia swimmers. All of them came to Kentucky in hopes of populating a pool.

But after a few sessions, their training destination in Lakeside Swim Club closed too, hanging them out to dry with nowhere to swim.

“You’re very used to swimming every day,” Pitzer said. “There’s no gyms open either so we’re just trying to stay in shape the best we can, maybe doing some land exercises.”

"We can't find any pool space right now so I ran today for the first time in probably over a year,” Brooke Forde said.

“I know it’s in light of bigger things, but at the same note without more answers, it makes it a lot tougher,” DeBoor said.

“We still need to be training as if Olympic Trials and the Olympics were happening because that’s the plan right now,” Brooke Forde said.

The longest standing member of the International Olympic Committee told USA Today the Olympics will be postponed to 2021. USA Swimming, along with many countries, has urged the IOC to postpone. But the committee has not officially stated a decision or set forth a postponement plan. That leaves an athlete like Forde, whose best shot at qualifying is in the 400 individual medley, waiting to get after another chance so few get to chase.

"The last time I went in 2016, I had no shot of making the Olympics, I was just kind of there,” Forde, a 2019 USA World Championships Team member, said. “It was still really awesome and I was looking forward to being at that meet in a very different position this year, where I’m competing for one of those spots. I’m hoping that will still happen, either this year or next year.”

Even with a postponement, it sounds like there won’t be a next year for Clayton. The Bulldog senior plans on attending graduate school and not pursuing a later Olympic Trials run.

“It’s just because it wouldn’t be as fun swimming without being on the college team and I’d like to enjoy a little bit of grad school without swimming as well,” Forde said. “It’s pretty disappointing, definitely not how I ever envisioned it happening.”

They’re all understanding of the situation and remaining calm despite missing the athletic competition and planned preparation they’re used to. But the current state of the Forde family household helps them apply a lesson learned from that void.

“That was one of our team mottos this year was to lean on one another and that's exactly what we're doing,” Drabot said.

“It’s always good to have someone who understands where you’re at,” Clayton Forde said. “They’re kind of in the same boat and it’s certainly comforting.”

"The rest of our teammates are all spread out across the country and so it's really hard to not see them,” Pitzer said. “I think I'm really lucky to be with two of my teammates here."

RELATED: Trump says he intends to reopen country in weeks, not months