The win is the third straight victory for Head Coach Mike Neighbors’ over the Tigers, the longest streak of wins against Missouri since 2014-2015 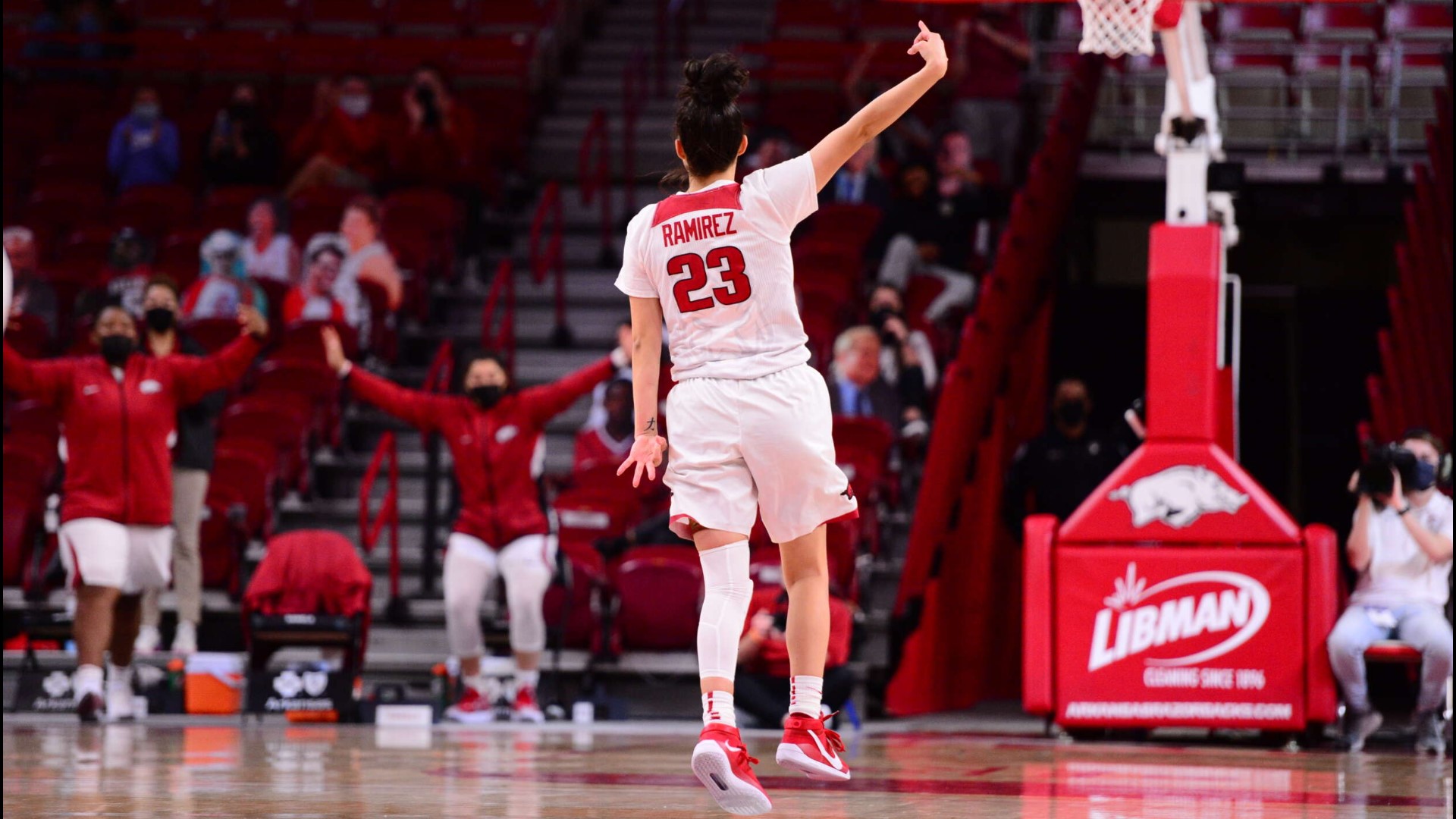 FAYETTEVILLE, Arkansas — No. 10 Arkansas (10-2, 1-1) bounced back today inside Bud Walton Arena, beating Missouri (4-3, 0-2), 91-88, to get back into the win column. The win is the third straight victory for Head Coach Mike Neighbors’ over the Tigers, the longest streak of wins against Missouri since they beat them three straight times over the 2014-15 seasons.

Despite holding the lead for 35 of the game’s 40 minutes, Arkansas was constantly fighting off a resilient Missouri team Sunday night. The visiting Tigers kept the deficit to single digits for the majority of the second half, forcing the Razorbacks to come up with clutch shots throughout the fourth quarter. Redshirt senior Chelsea Dungee was crucial in that department, scoring 10 points in the final frame and keeping the Hogs ahead. Dungee, who went off for 38 in last year’s meeting between the teams in Bud Walton Arena, led the Hogs once again, scoring 25 points. Amber Ramirez added 17 while Makayla Daniels chipped in 16.

Missouri started the game hot, jumping out to a quick 8-0 lead. Minutes later, the Hogs gained the lead and held it for the rest of the first half. Arkansas shot over 50% from the field in the second quarter and held Missouri without a basket for the last 2:28 heading into the locker room. Makayla Daniels led the way in the first half, scoring 11 points and recording four rebounds.

Mizzou came out of the half with some life, chipping a 14-point deficit down to a six-point deficit, and Arkansas struggled to score the basketball early in the second half. Missouri redshirt junior Haley Troup scored 11 points in the third quarter, and Arkansas’s lead was diminished to seven heading into the final frame. Arkansas answered by shooting lights out down the stretch, shooting 50% from 3-point range in the fourth quarter and going 10-12 from the free throw line to close out the Tigers.

The Razorbacks will look to build on the win when they visit the Tennessee Volunteers on Thursday in Knoxville. Tip-off is set for 5:30 p.m. and that game can be viewed on the SEC Network.