'The task facing our country is challenging, but understanding what’s at stake should give us all great resolve.' 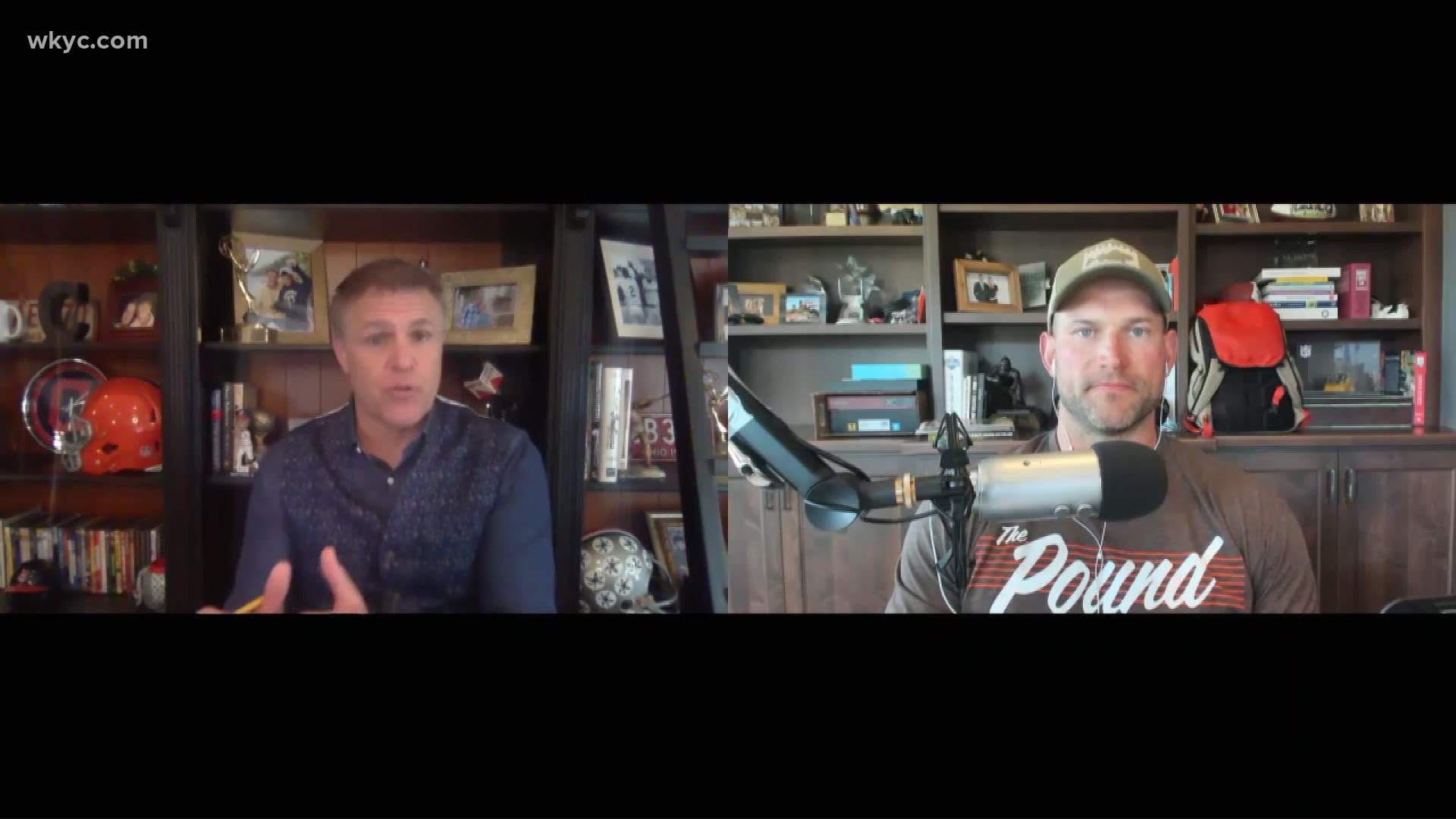 CLEVELAND — The killing of George Floyd has brought about an uproar against racism across the United States, but Black Americans aren't the only ones speaking out.

In the world of sports, specifically, Browns quarterback Baker Mayfield confirmed he will kneel during the playing of the national anthem this season to protest injustice and as a sign of solidarity with his Black teammates. Now, a Cleveland football legend and future Hall of Famer is is lending his voice to the front lines.

Longtime left tackle Joe Thomas published an essay Wednesday in The Players' Tribune, entitled "Just Being 'Not Racist' Is Not Good Enough." In the piece, Thomas speaks about how he feels "accountable to my black friends and family to speak out and share my thoughts on the racial injustice that continues to plague this country."

"How do you change centuries of prejudice and bias in a period measured in years instead of generations?" Thomas asked. "I certainly don’t have all the answers. But I also don’t believe that that means I should just throw my arms up and move on."

While he has always been "not racist," Thomas himself admits he never truly understood the difficulties faced by African Americans during his illustrious college career at Wisconsin or most of his 11-year run in the NFL. That changed, he says, during his final year in the league, when a Browns teammate shared his experiences of walking through common places like grocery stores or malls and "constantly getting uneasy looks, or having store employees follow him."

It was something Thomas has never experienced, and he used the revelation as a starting point to talk with other Black teammates and friends about the things they went through. What he found was sadly familiar, as men shared stories of incidents such as having the police called on them while walking through a neighborhood, of people assuming they wouldn't speak "proper" English, or even of being forced out of a car at gunpoint due to a mistaken identity:

"These are men and women from all walks of life; they come from the country, cities and suburbs of America. They’ve attended the most expensive private schools and the most impoverished and broken public schools. They are Democrats and Republicans. They’ve come from wealth and they’ve come from extreme poverty. And they’re all telling me the same thing: They feel uncomfortable being black in America because of how they are treated on a daily basis."

These recountings brought Thomas to the conclusion that "being 'not racist' is merely a shroud for racism." In his mind, in order to fully address the injustices in this country, Black and White Americans alike have to be "antiracist."

"As white Americans, we must help drive this change, and we need to spread that message," Thomas said. "People of privilege need to actively facilitate that change."

Thomas says he himself is still learning, including examining the biases he has developed over time. To help others better understand, he recommended a video series called "Uncomfortable Conversations with a Black Man," featuring Oscar winning actor Matthew McConaughey and former Browns teammate Emmanuel Acho.

Thomas is a beloved figure in Browns history and was one of the few bright spots during the franchise's mostly disastrous run from 2007-17, having made nine All-Pro teams and played 10,363 consecutive snaps before an injury forced him out for good. He hopes his status as a person of prominence can persuade others to join him in the fight for change.

"The task facing our country is challenging, but understanding what’s at stake should give us all great resolve," he wrote.