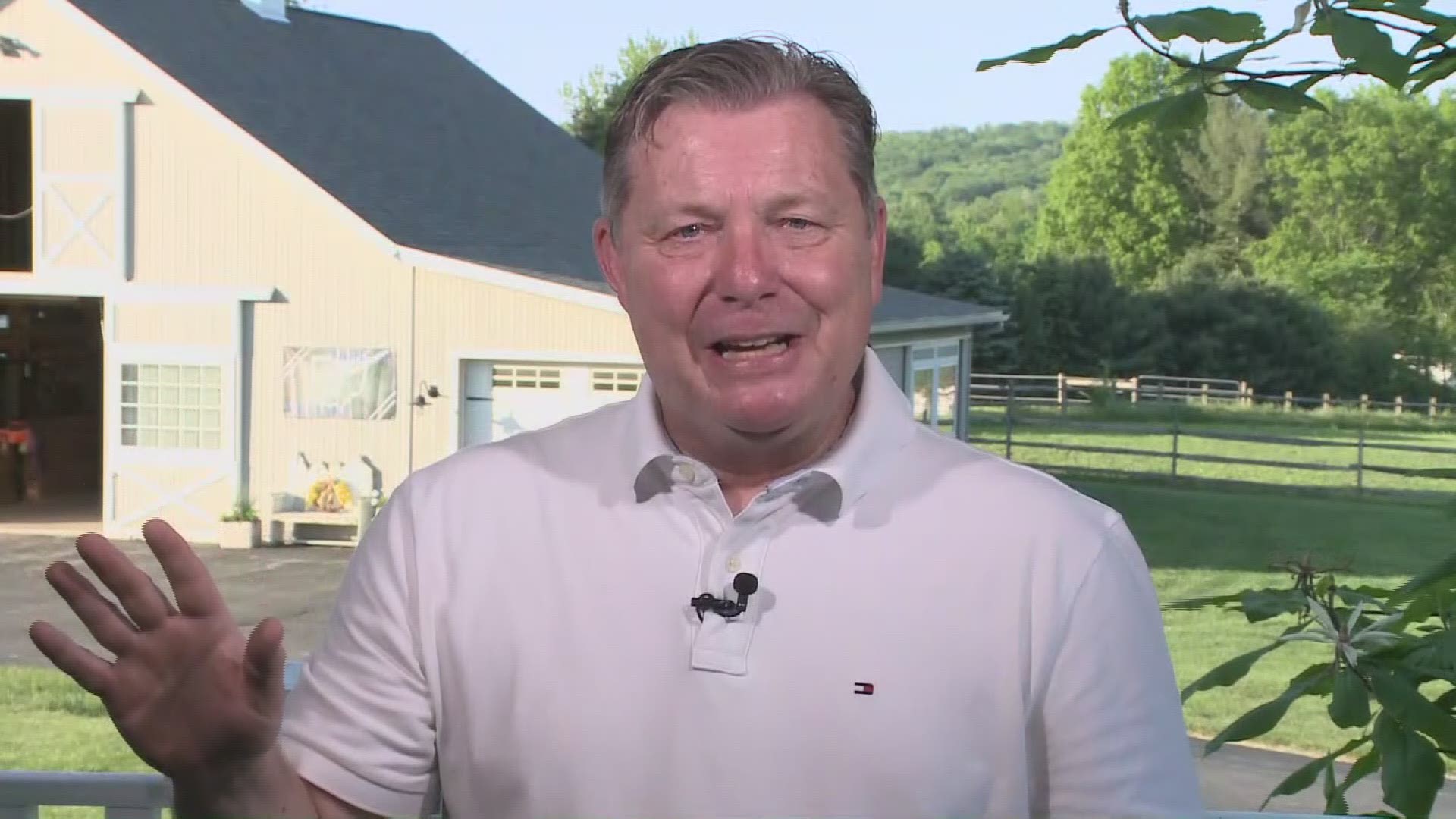 Over the weekend, Cam Newton caught the attention of football fans when the free-agent quarterback was spotted on social media working out alongside Cleveland Browns wide receiver Odell Beckham Jr.

And while the Browns' plans at quarterback for the 2020 season seem to be set in stone, at least two former NFL players-turned-ESPN analysts think that the Newton-Beckham connection shouldn't be limited to offseason workouts.

Appearing on ESPN's Get Up on Wednesday morning, Domonique Foxworth was asked if Cleveland should sign Newton, who was released by the Carolina Panthers earlier this year. And while conventional wisdom might say the Browns wouldn't want to put any unnecessary pressure on Baker Mayfield entering his third season in the league, Foxworth said he wouldn't be worried about such a scenario.

"I think they should. I wouldn't be concerned," Foxworth answered when asked if Cleveland should sign Newton, the 2015 MVP. "Some of the arguments for why teams haven't brought in [Colin] Kaepernick is because you don't want Kaepernick on the roster when you have a young quarterback and that could intimidate him. I'm not worried about being intimidated if I'm Baker Mayfield. I think Baker Mayfield responds to that challenge well."

Foxworth went on to note that between Mayfield's disappointing 2019 campaign and at least one underwhelming projection for 2020, the reality might be that the 31-year-old Newton is a better fit for the Browns' win-now approach.

"Some of Baker's numbers suggest he's an average to below-average NFL quarterback. You know what Cam Newton is not and never has been? Average or below average," Foxworth said. "This championship window is now for this team. This roster is built to win today. They're not going to be able to hold onto all this talent moving forward. I think Cam Newton could be a great insurance policy and maybe somebody who steps in mid-year to take this team and this offense to the level that we all expected it to be."

While Foxworth's answer caught Get Up host Mike Greenberg off guard, the former NFL defensive back soon received reinforcement from Marcus Spears, who offered even more conviction in his belief the Browns should sign Newton.

"No question. And look, I know we get enamored with the fact he's working out with OBJ, but if you look at it, and look -- I've been on this train about Baker not being an elite quarterback in this league," Spears said. "I just didn't see it. I still don't know if he can reach that level. I think he can be formidable. I think he could help teams have good seasons, but to think that he's going to be a guy who's going to be championship-level, I just don't see it."

"Cam Newton is still good. Cam Newton missed football because of injury. Cam Newton didn't miss football because he couldn't play the quarterback spot anymore. And when you look at all this talent, the pressure that will be off Cam Newton having to run, use his legs and create plays, will be different than any situation he's ever been in and he's had some good teams in Carolina. But when you line up the personnel for Cam Newton that Cleveland will have, then he will take less hits. He will be able to turn around and hand it off to [Nick] Chubb and Kareem Hunt. He will have receivers that will get open on a consistent basis. I think this is a layup to sign Cam Newton to see where he can take you if Baker Mayfield doesn't turn out."

Despite Foxworth and Spears' strong stances, it remains unlikely that Cleveland would even consider signing Newton, who played in just two games in 2019 due to a foot injury. In addition to signing veteran quarterback Case Keenum to a 3-year, $18 million ($10 million guaranteed) contract earlier this offseason, the Browns have remained publically committed to Mayfield, who is well aware that 2020 could very well be a make or break season for his future in Cleveland.

"There's no doubt Year 3 is always a big year in these contracts timing-wise, everybody knows that," Mayfield said in a conference call with reporters last month. "I'm not putting added pressure on myself. If we win, things will take care of themselves."