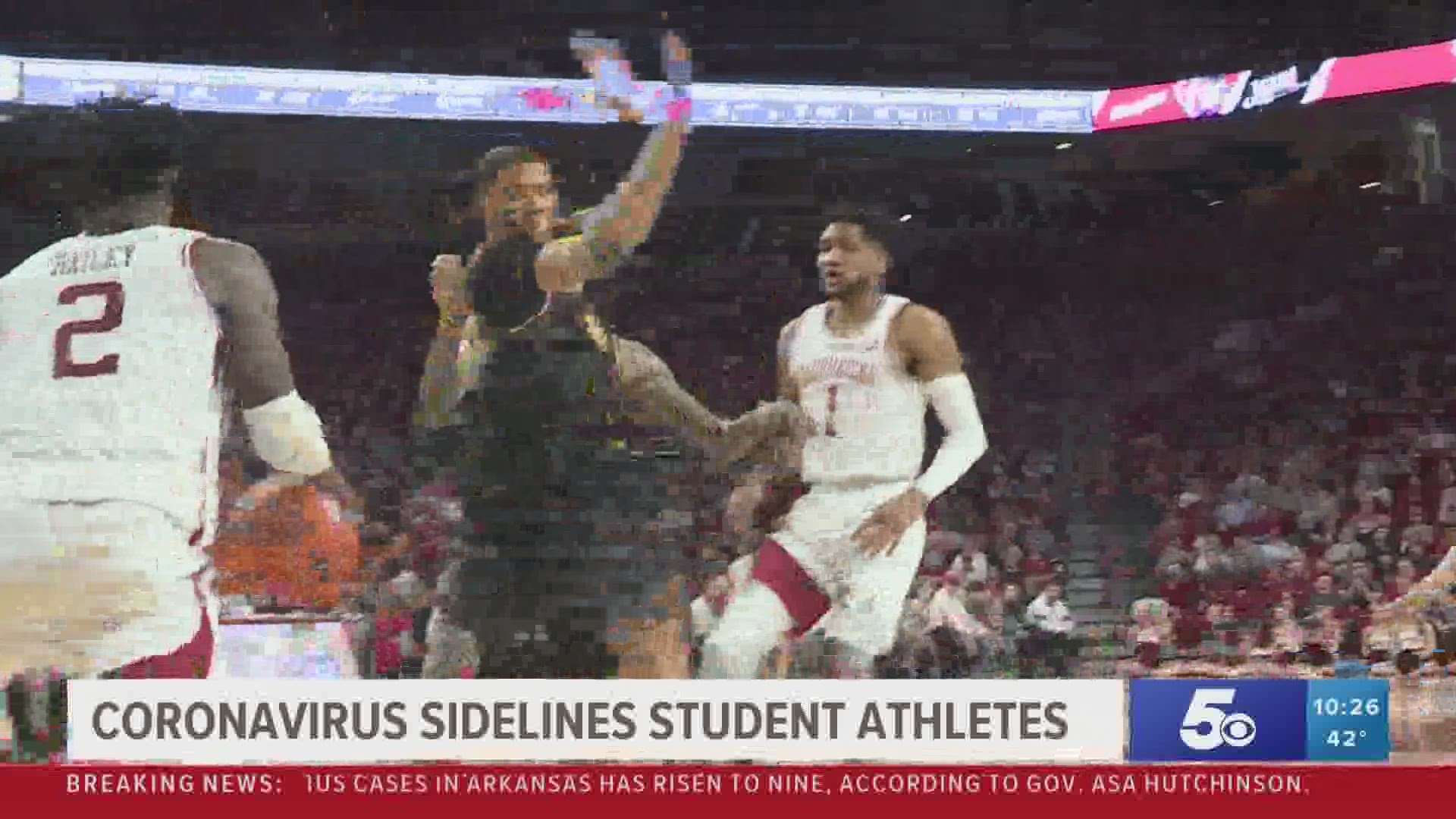 FAYETTEVILLE, Ark. — The gates at Baum-Walker are locked, and that’s how they’ll stay for the foreseeable future. No Arkansas athletics games or practices can happen until after April 15th, and Arkansas AD Hunter Yurachek said Friday, it’s tough to see how they could get going after that.

“I think it would be really tough for student athletes to come back after being away for a month and really get geared back up.”

Yurachek addressed the media Friday for the first time since the SEC announced extended cancellations.

“Athletics are not important right now. What is important is a very serious public health issue, and we need to do our part.”

“They’re struggling. I’m not sure, as I walked around the Jones Center today, that it’s sunk in for most of our student athletes yet, and that realism that your careers, especially if you’re a senior, may have come to an abrupt ending.”

He met with the Razorback coaches earlier in the day.

And with no athletics in the immediate future, Yurachek is still keeping busy

“I’m gonna get ready for the 2021 season, we need to make that really special for our student athletes.”

As Yurachek said, it’s not about sports right now, it’s about public health and safety. Still, for the Arkansas athletes who, for numerous reasons won’t return next season, the likes of Heston Kjerstad and Casey Martin, it’s a tough pill to swallow. Arkansas athletes will no longer be allowed to have meetings or use the facilities, other than the Jones Center for nutrition. For now, Yurachek has advised them to do what is best for them and they’re families, whether that's stay near campus or go home.