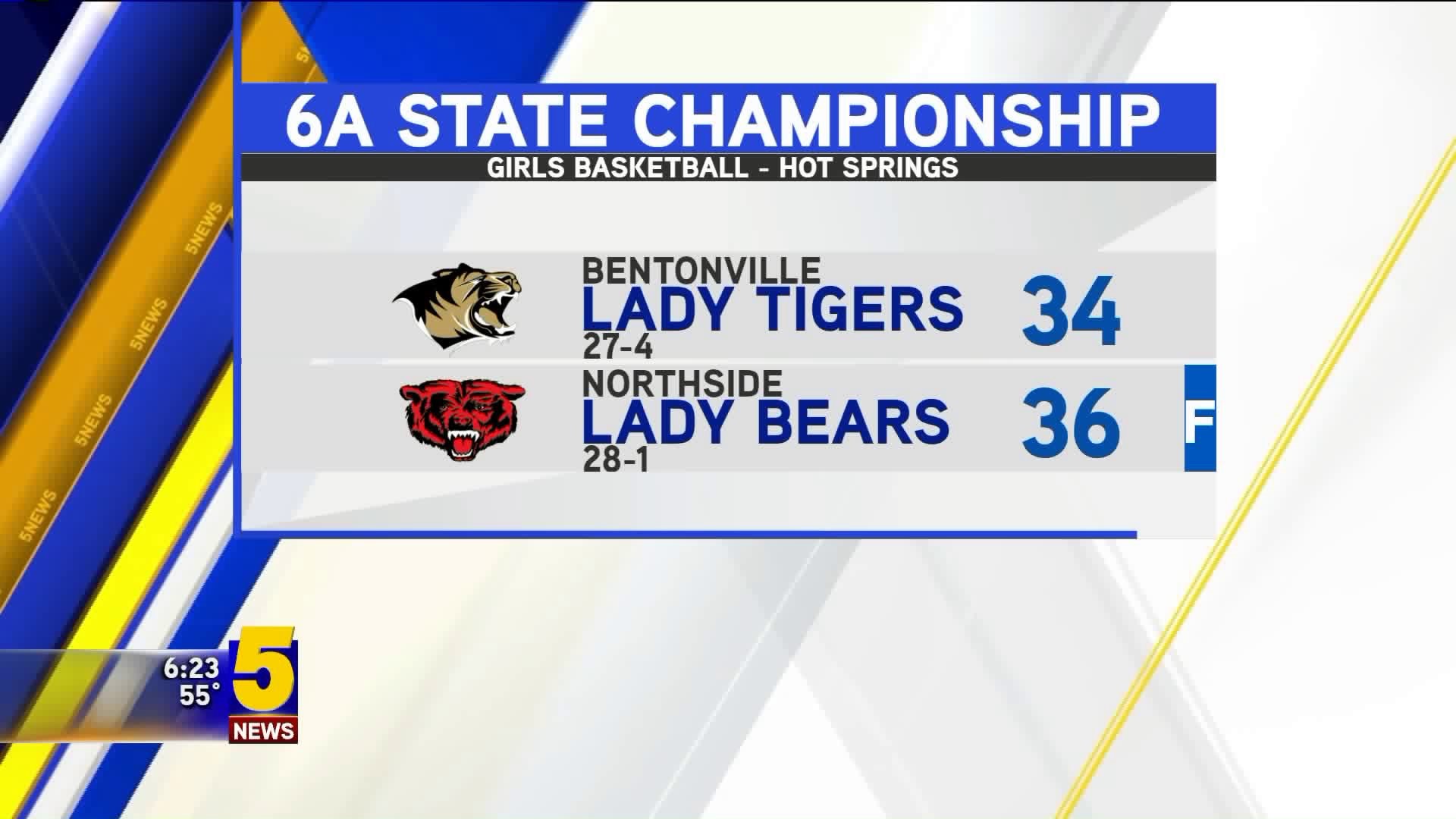 HOT SPRINGS (KFSM)--For the seventh time under head coach Rickey Smith and first time since 2013, Northside is the 6A girls basketball state champion. The Lady Bears capped off a memorable 28-1 season by taking down Bentonville 36-34.

Northside hadn't led since early in the second quarter but ended the game on a 7-0 run. Jazzlyn Coleman tied the game 34-34 with about 30 seconds left, right after Jersey Wolfenbarger hit a three pointer to cut the deficit to two.

After a Bella Irlenborn travel with 10 seconds left, the Lady Bears had the final shot. Wolfenbarger's free throw line jumper clinched the trophy for the Lady Bears. The sophomore finished with 23 points and an MVP award.

It wasn't the prettiest game from an offensive standpoint. Northside shot 23% from the field and just 20% from three, while Bentonville wasn't much better at 29% from both the floor and behind the arc.

The first half was mostly a feeling-out process for both teams. Bentonville jumped out to a 15-5 lead before Northside closed on an 8-0 run to cut the deficit to two points. Wolfenbarger had all eight of those points inside the final 95 seconds of the half.

Over the first two quarters, the Lady Bears shot just 17% from the field and made two of nine three pointers. Bentonville didn't fare much better, sinking just 25% of shots in the first half.

After the break, it was much of the same with great defense and poor shooting. Maryam Dauda stood out for the Lady Tigers as the tall sophomore posted 6 points with 13 rebounds and 5 blocks. Teammate & senior Avery Hughes led the way with 18 points.