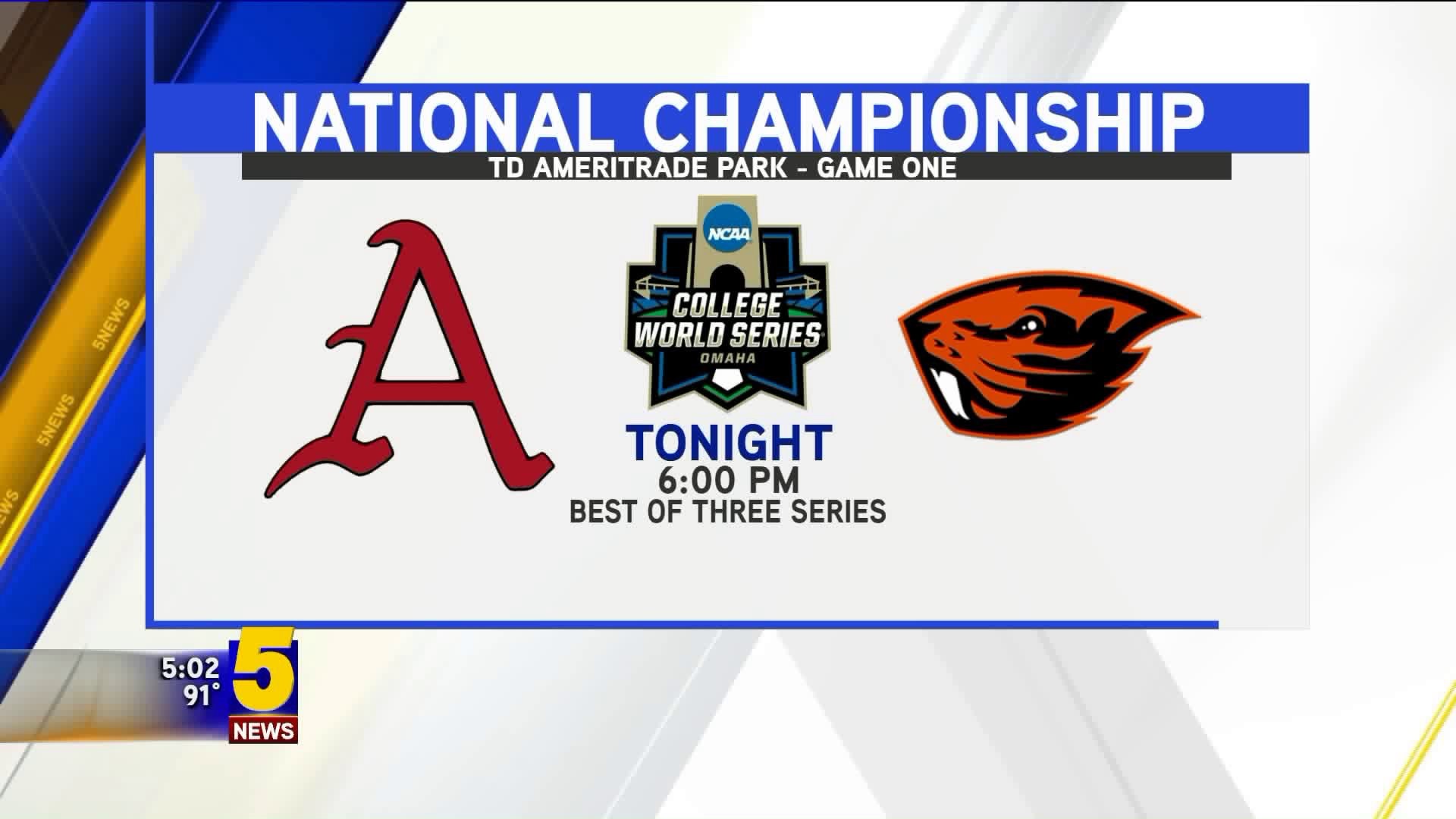 OMAHA (KFSM) - Arkansas fans have come to know Hunter Wilson as the Cowboy; the happy go lucky heart of a team making a run for a national title. But the spirited shortstop has traveled a long road to get from Spiro to Omaha, as he remembers.

"Obviously I came here to go to Omaha, everybody does. But honestly, looking back on it four year ago, I wouldn’t have expected it."

After growing up in Spiro and playing for the Bulldogs, Wilson started his college career at Stephen F. Austin, then made the tough decision to go the junior college route at Eastern Oklahoma. He still remembers battling with that choice.

"Sitting in my chair in Spiro, talking with my dad, and thinking, oh my gosh, i gave up basically a four year starting job at SFA, you know. But man, it just felt like something I needed to do."

He credits the Eastern Oklahoma Mountaineer coach at the time, Craig Price, with a lot.

"The guy literally just took me in his own arms and just got me here. I basically give it to Coach Price, he’s a real hero."

Now Wilson is thriving in his role as chief hog-hatter and butt-slapper with the Razorbacks.

"I just am who I am, and Ive always been that way. I mean, you watch me play, that’s just kind of the way I am and the way I carry myself, and I take pride in that."

After finally making it to Omaha, Wilson is cherishing the experience, and it's one he highly recommends.

"If you're a kid at home, it's something that every baseball players needs to see, get to live and come enjoy, that's for sure."

Whether it’s on the field or in the dugout, you can never go wring keeping an eye on Hunter Wilson. He'll be the guy with a spring in his step, a hog hat in his hands, and a huge grin on his face.