Razorbacks freshman running back recovering after neck injury against Auburn 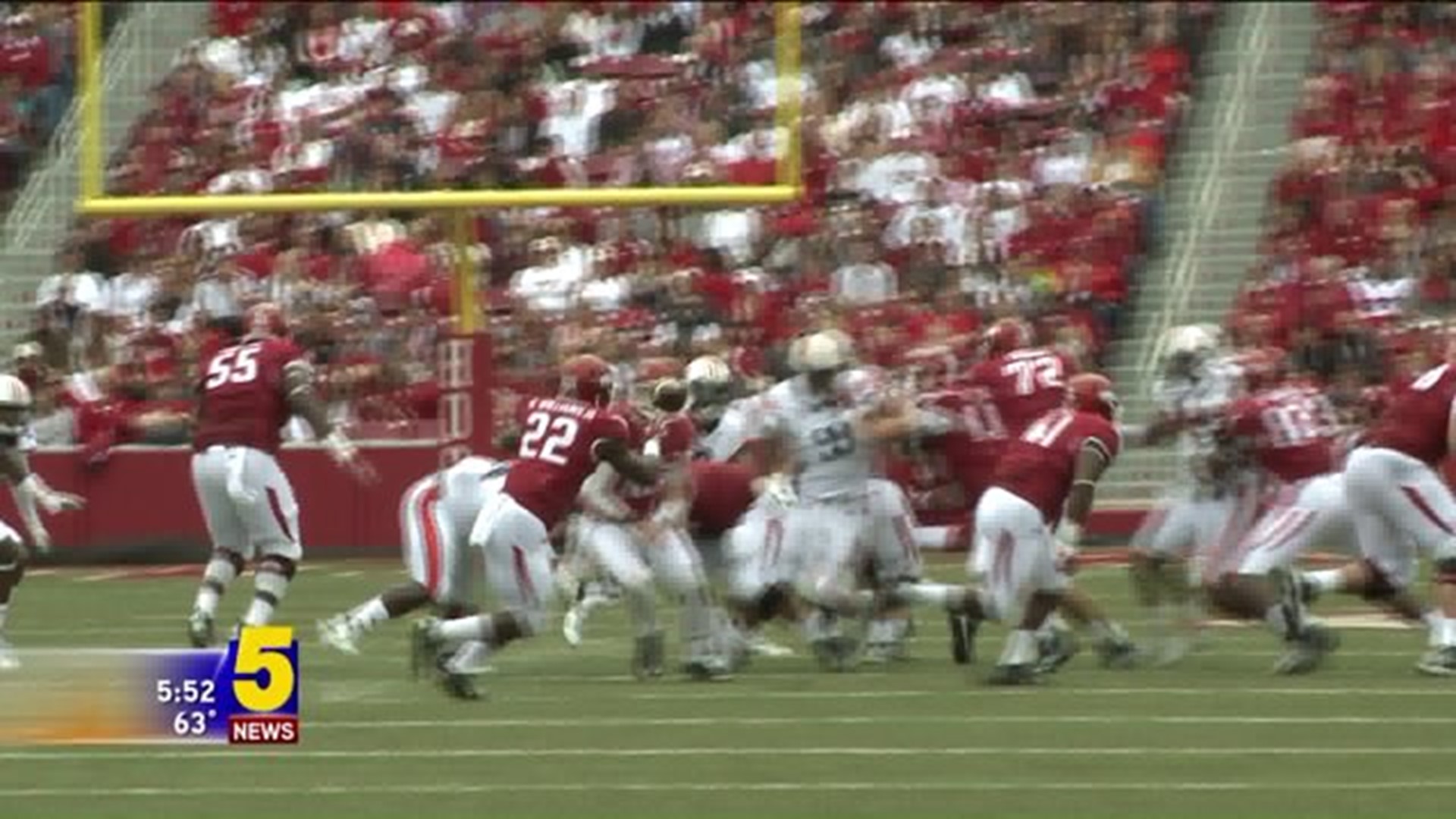 Williams took a blow to the top of the head on a toss play in the third quarter and laid motionless on the field for more than ten minutes before being carted off on a stretcher.

"Rawleigh underwent successful surgery Saturday night after injuring his neck in the third quarter of yesterday’s game," Arkansas coach Bret Bielema said in a statement. "He is expected to make a full recovery. A timetable for his return to the football field is unclear, but we are thankful that he is doing well and is with his family. Thank you to everyone for the well wishes, thoughts and prayers."

Williams had 18 yards rushing on four carries in the Razorbacks' 54-46 win over Auburn in four overtimes.

The freshman running back posted to Twitter Sunday morning:

"I am blessed. The doctor explained that I'm very lucky and should fully recover. My family and I are very thankful for your prayers. WooPig," Williams posted.

Williams rushed for 254 yards and a touchdown for Arkansas this season.