From Day One To Day 701, Breaking Down The Fall Of Chad Morris 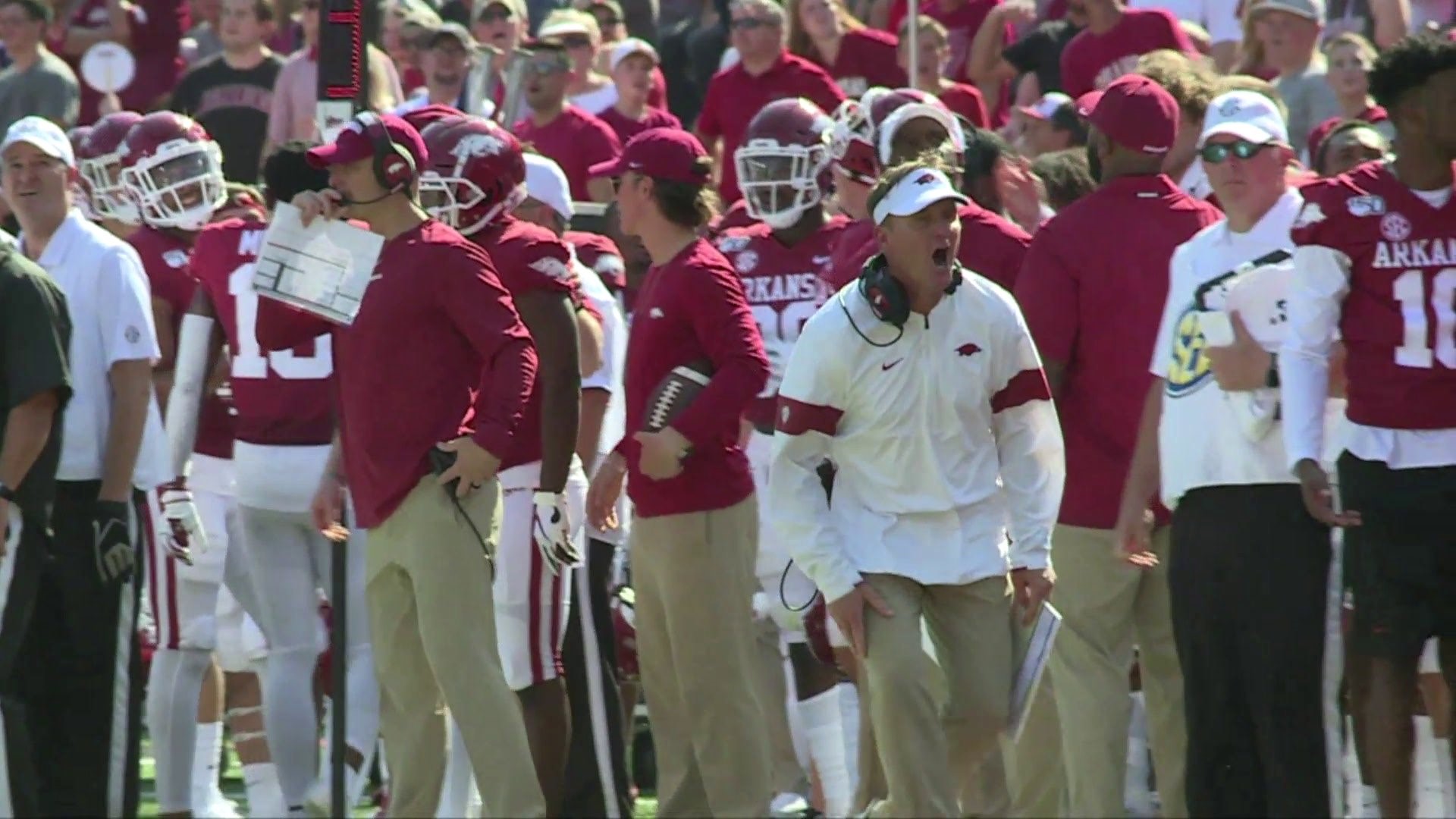 FAYETTEVILLE (KFSM) - The Chad Morris era is one that most Razorback fans will want to forget.

Morris came to Fayetteville in December 2017 with a passion to turn things around, but just 23 months later, his time at Arkansas has come to an end.

From the second Chad Morris stepped foot in Arkansas, he had one thing on his mind: change.

"This is going to be one of the most explosive offenses in all of college football," Morris said in one of his first interviews as Arkansas head coach.

"You're going to get an unbelievable product on that field starting September 1st, and it's going to get better every day," he said shortly before the start of the 2018 season.

After a win in his debut against Eastern Illinois, things went downhill - quick. A loss at Colorado State jumpstarted a six-game losing streak, including a 44-17 home loss to North Texas with a fake fair catch play that will haunt fans minds for years to come.

"I'm just disappointed that we weren't able to come out with a win," Morris expressed after the loss.

Morris finished his debut season with the worst record in Arkansas football history sitting at a measly 2-10 - leading to an influx of players leaving the program. Despite the struggles, Morris was able to bring in one of the best recruiting classes the school has ever seen.

"Within our building, there was progress being made," he emphasized during the 2019 SEC Media Days.

The motto for year two was 'better' - which many thought shouldn't have been hard to accomplish. But a loss in week two at Ole Miss once again sparked a downward spiral.

The bar was set low after one of, if not the worst loss in Razorback history to San Jose State.

"We're not good enough to be able to come out and just walk out on the field with a Razorback logo on your helmet and expect you're going to win," he spewed emotionally after the loss.

Fans understandably started to grow impatient, and everyone saw how bad things were getting.

"Arkansas might be the worst team in the country," Fox Sports host Colin Cowherd once mentioned in his show. "They almost lost to Portland State."

Arkansas reached the lowest point in the history of the program, and Morris' career was dependent on a win over Western Kentucky. A 45-19 embarrassment gave him his fourth loss against a mid-major opponent while still being winless in the SEC. Yet, Morris was still confident that the task ahead was not too big for him.

"I am the guy. There's no question," he emphasized in his final press conference as head coach.

However, his track record proved differently, and Sunday morning Hunter Yurachek made the long-awaited decision end the Chad Morris era with the hopes to put Arkansas football back on the map.

If you look at the numbers, things have been less than impressive throughout the entirety of Chad Morris' career...Including having 33 scholarship players transfer. That doesn't include several walk-ons or CJ O'Grady who had a mutual departure with the program.

Whoever comes next, Arkansas football has a long way to go and a lot to clean up to get back to where the team once was.