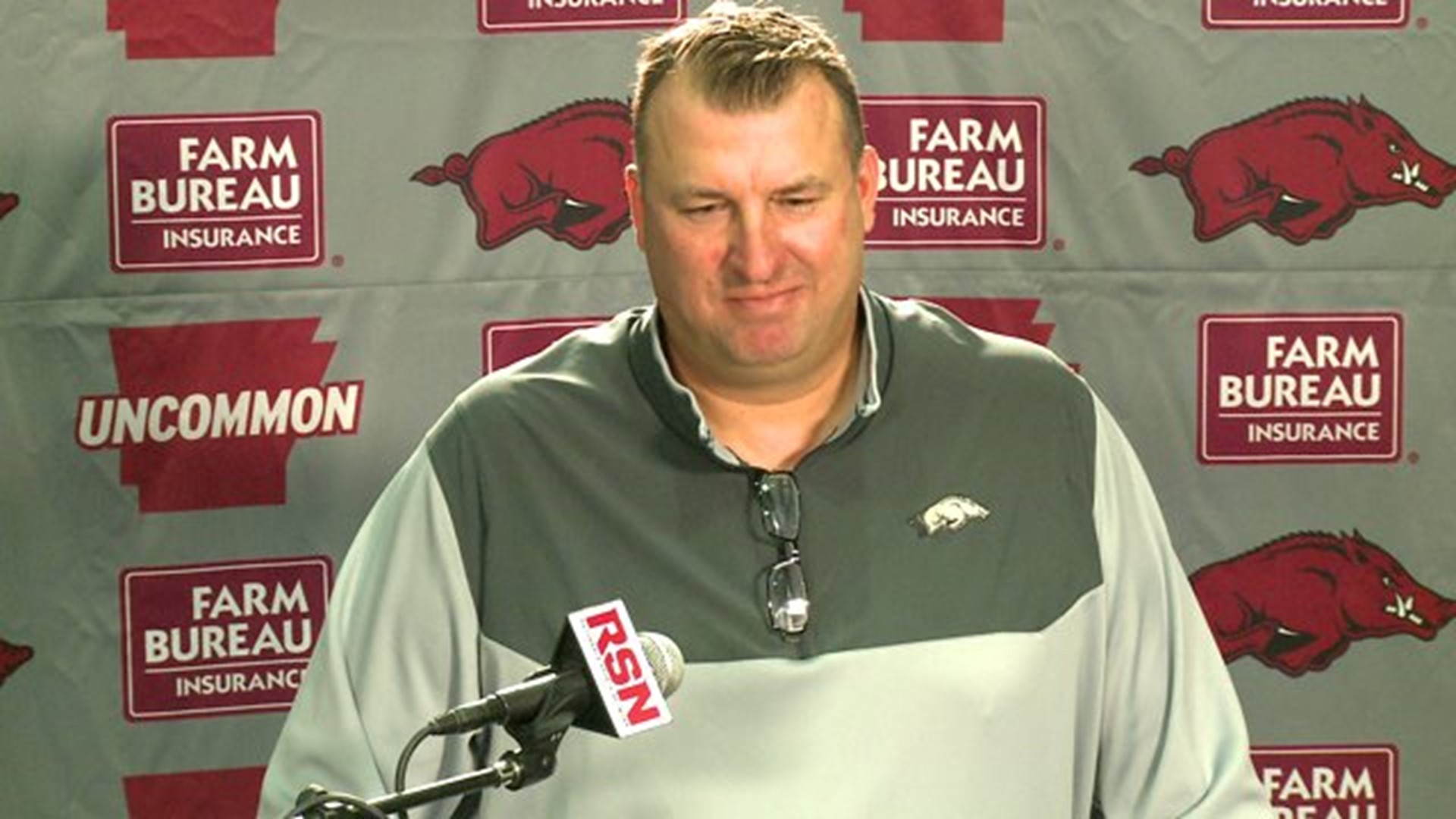 "That's a program that prides themselves on being physical," Kingsbury said Saturday night. "At the Texas high school coaches convention this summer, [Bielema] stood up and said 'If you don't play with a fullback we'll kick your ass, if you throw it 70 times per game we'll kick your ass.' Well he just got his ass kicked twice in a row, and probably next week by A&M as well."

Monday Bielema had a chance to respond.

"If that was an ass-kicking, I'd love to see what last year was," Bielema said. "Obviously, it's all about what have you done for me lately? We'll move on from it.

"I'm happy he got to vent, and hopefully he feels a lot better. As a coach that's been in it for 10 years, I know better than to worry about somebody that's been around for a couple there, around .500."