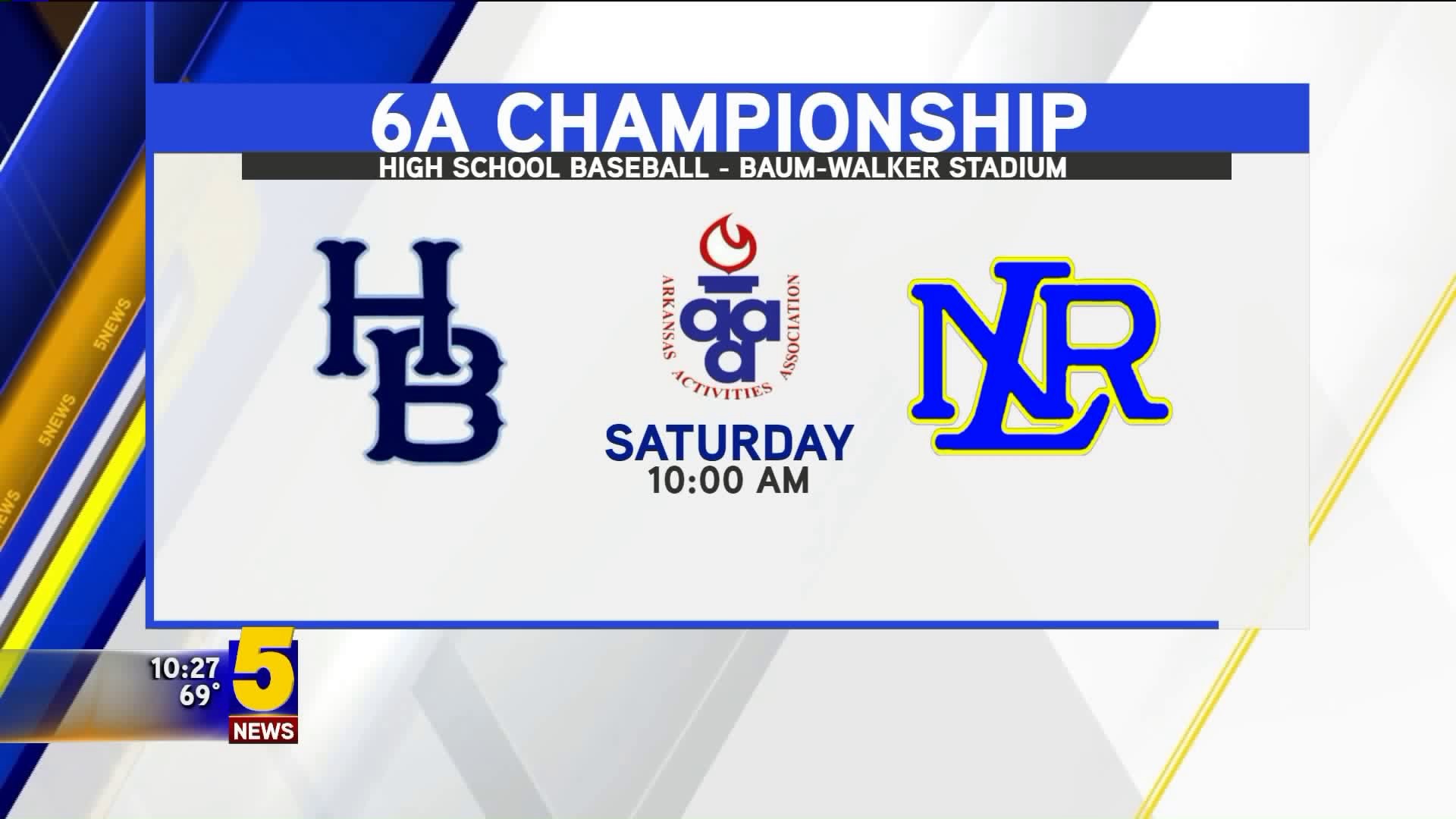 SPRINGDALE (KFSM) - From the mound, to the batters box and the outfield. Blake Adams does it all, and has for quite some time.

"When I turned 11 is when I moved to outfield just to save my arm cause I was pitching a lot," said the Har-Ber senior.

All that practice in center and right field payed off. Adams made an epic catch in the state semifinals to effectively seal a 3-2 win over Cabot. It also sent Har-Ber to its third straight state championship game.

"That was probably the biggest play of my career, but yeah it was electric and really fun and an amazing feeling," the Razorback baseball commit remembered.

"Then he hit that ball and I was looking and I was like oh god that's gonna get over his head," smiled third baseman Kirby Jenkins. "And then he made that play and I was just in shock."

"And right at the last second I was like this is gonna be my last chance. So I jumped up and got it and ended up falling to the ground," said Adams.

"[It was a] spectacular catch to keep us ahead and really advancing," head coach Ron Bradley said. "And so I think it's just a testimony that he's a gamer."

The thing many people don't realize is that pitching and outfield go hand in hand.

"I usually move to right field after I pitch cause I've just thrown 100 pitches or so. But definitely reading swings the first five or six innings helps me out there," said Adams.

"Yeah he's definitely more than a pitcher," Jenkins explained. "Throughout his years playing here he's hit over .350 every year with power, hitting home runs. And he's a really good outfielder. He gets good reads and he's got one of the strongest arms I've ever seen."

Perhaps the simplest but best way to describe Adams came from coach Bradley: "He always finds a way to have an impact in a big game."

Before becoming a Razorback, Adams is set to make the final start of his high school career in Saturday's 6A state title game against North Little Rock at 10:00 a.m. at Baum-Walker Stadium. It will be the third straight state title game that Adams stats on the mound.