Senior Leads Wolverines To Success In Town That Shaped Him 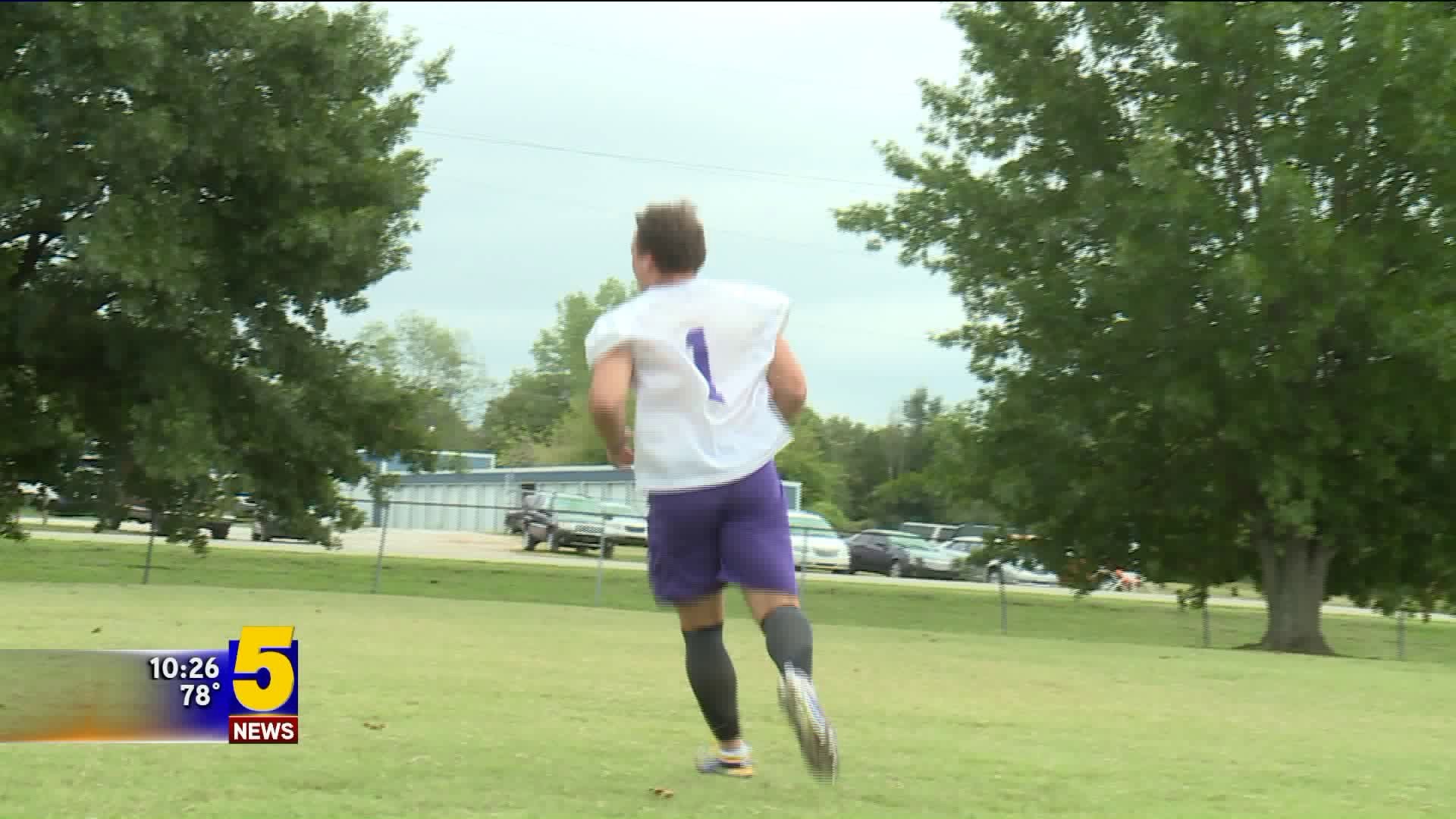 "Wet and rainy night, and he just went to work and we just kept feeding him the ball."

"They couldn’t stop him."

On just 13 carries, Vann put up nearly 193 yards and 5 touchdowns against Spiro. It was a performance more than a decade in the making.

Vann remembers the start of his football career.

"It was first grade, so I was six or seven. It’s almost been a dream of mine, growing up in this small town, this is all you hear about, Vian football, so it’s always been a tremendous dream of mine."

It’s impossible to drive through Vian without noticing the grip Wolverine football has on the town. Quarterback River Simon, who grew up here alongside Bodhi, understands.

"It’s our life, we’ve grown up since we were little-bitty kids watching everybody, and we know what we’re supposed to do, and we’re expected to do this stuff, and that’s what he’s doing."

Head coach Gary Willis sees what this team means to the town, and in turn what that means to his players.

"It’s a huge part of their life, it kind of defines them in this community and they live for it and they’ve thought about it all of their life since first grade."

And with that senior season comes the realization that Vian football, that thing that defines you in this town, is soon coming to an end.

"Probably worked harder this year than I have in the past," admits Vann. "It’s more important to me this year, it’s probably the last year i get to play football ,you never know. I’ve loved every single minute of it."

"We’re gonna win a district championship, then take it one game at a time and hopefully play in a state championship. There’s not much to say, I just love it."