Former Razorback Happy To Be Back In Arkansas 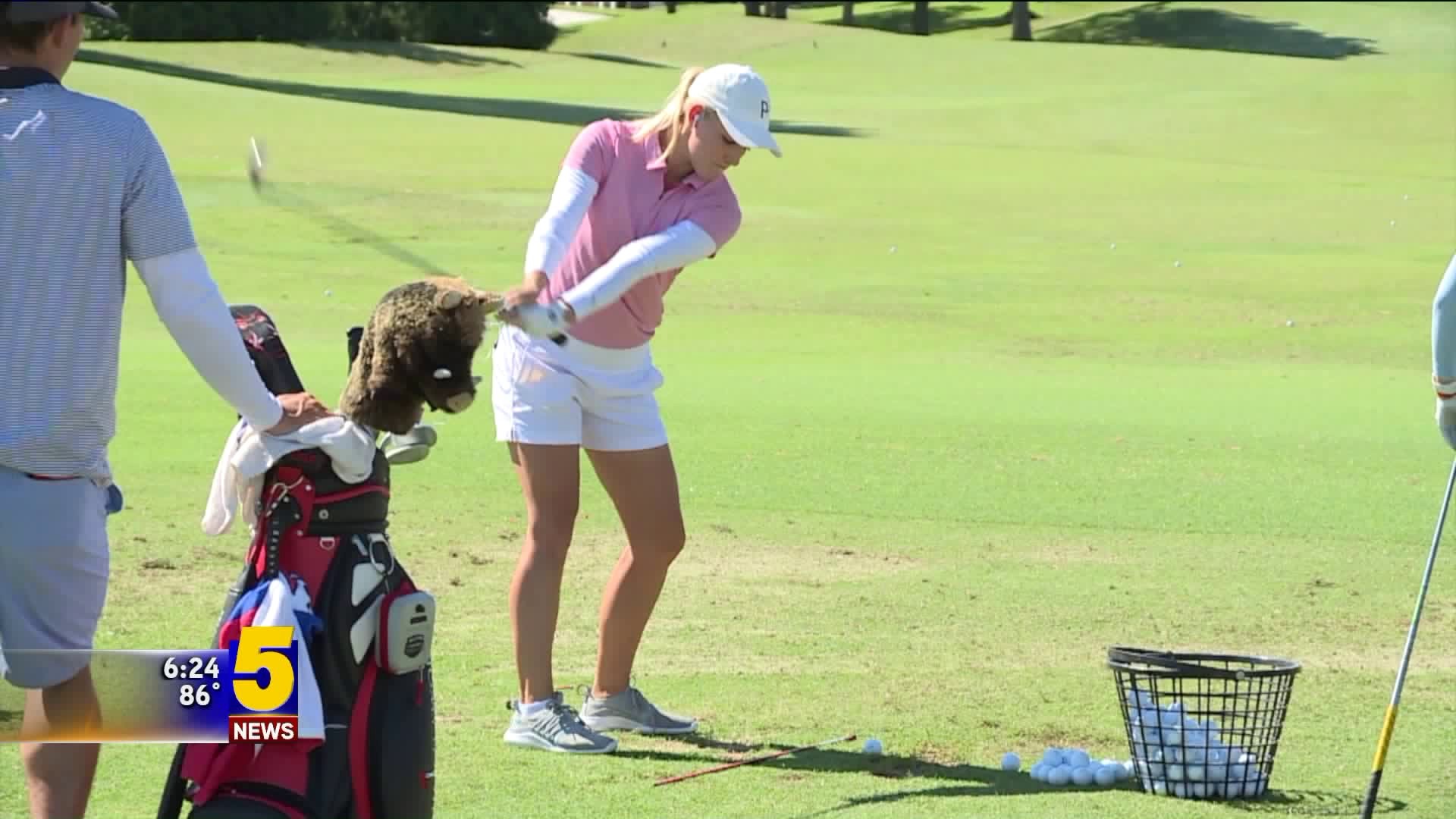 ROGERS (KFSM) - As a former Razorback, Alana Uriel is no stranger to Pinnacle Country Club and the Northwest Arkansas Championship. After two goes as a college golfer and an amateur, now she gets to return as a professional.

The transition to the professional ranks isn’t always the smoothest.

"I think it’s a little different from college golf," laughs Uriell, "but it's been a great learning experience, doing everything on your own."

"I think your rookie season is your toughest season. Alana has a lot of game, she’s a super talented lady, and I think just the more she can play and compete, the more she can get into a routine, get her things in line…but yeah, she’s awesome."

But being back in Arkansas, surrounded by her old teammates, makes everything a bit more comfortable.

"I got so excited when I saw her, it’s just nice to catch up," says former Hog Dylan Kim. "I mean, we were teammates only a year ago, so that’s awesome to just have her here the whole week and get to share the whole week with her."

Maybe being the college vibe is just what Uriell needs to jumpstart her professional career.