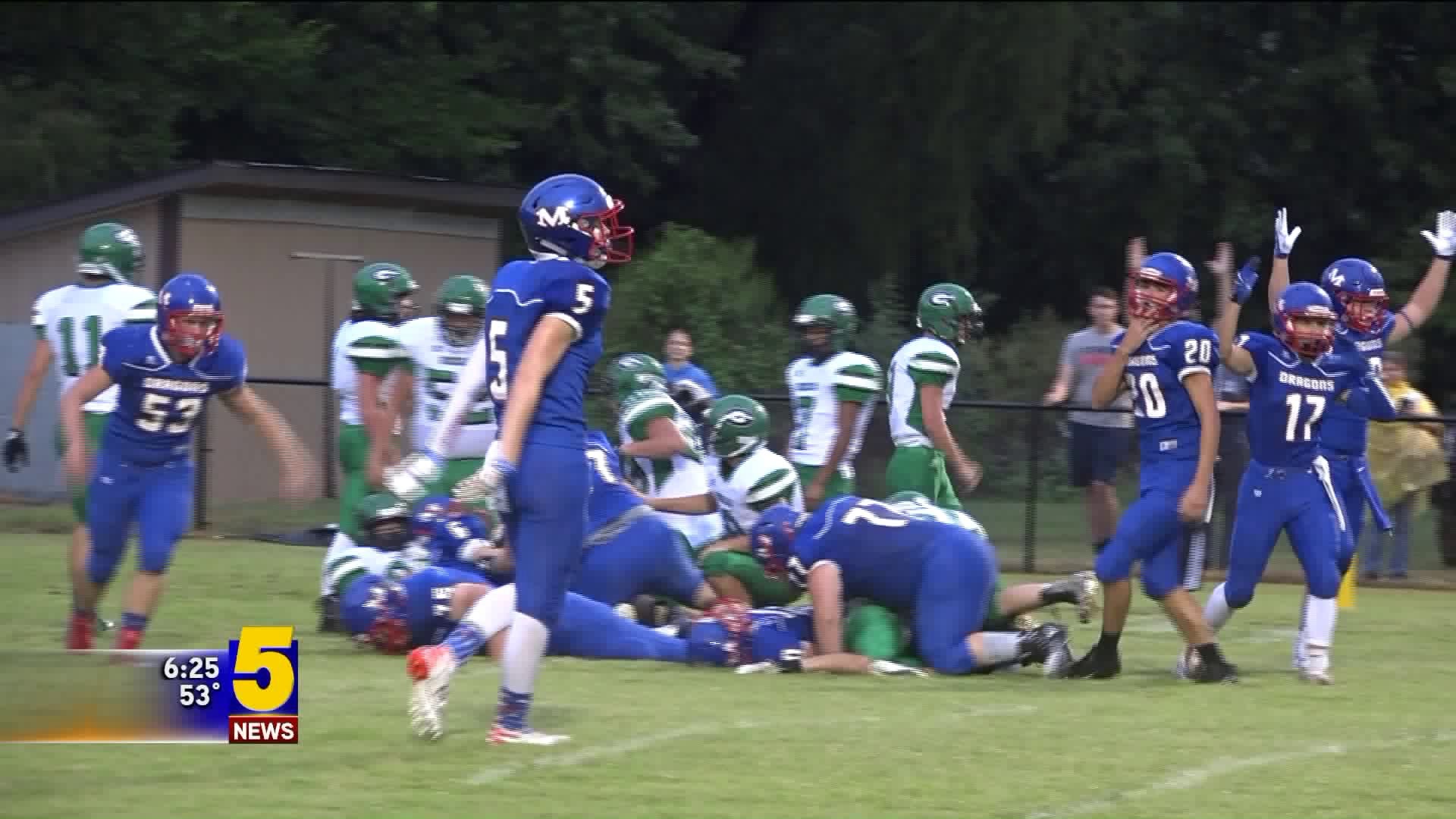 MOUNTAINBURG (KFSM)--"Sophomore quarterback" and "success" don't get thrown around in the same sentence a whole lot. That's why you may not even know that Mountainburg QB Ethan Gregory is just that. A first year varsity player.

"There's not a stage that's too big for him. Most sophomores I think would have some pressure on them," coach Tom Harrell said.

"Figured he'd be kind of jittery at first but he's really taken up the role and he's really stepped up," said senior Austin Taylor.

Gregory's scored 22 touchdowns in seven games and has the Dragons atop the 2A-4 conference with a 6-1 record.

"[Compared to my first start], I feel like I'm faster, I can throw it farther, I can read defense now. I feel confident in myself now," Gregory said.

"He's been pretty steady all year," added Harrell. "I mean, I can't sit here and tell you that he's a lot better than he was. He's just been steady."

Gregory has thrown three interceptions, but more than makes up for that by picking off three passes on defense.

One of the main reasons for Gregory's success stems from an experienced backfield. The trio of Austin Taylor, Jessie Quick and Malachi West, all seniors, have combined for 149 carries, 1,619 yards, 21 touchdowns and eight 100+ yard games.

"It helps a lot, it influences me a lot. They just tell me what to do and if I mess up they'll just pick me up," said Gregory.

Taylor agreed. "They have to respect him and me now so that definitely takes some pressure off my shoulders."

"Every week we go in, they know the defense is gonna be keying on Austin Taylor," said Harrell. "That opens him up and cuts down on the pass rush."

Mountainburg controls it's own destiny with just two weeks to play in the regular season. If the Dragons can top Magazine at home and beat Hector on the road, Tom Harrell and company bring back the school's first ever conference championship.