Breaking Down Top Local Players At Every Position 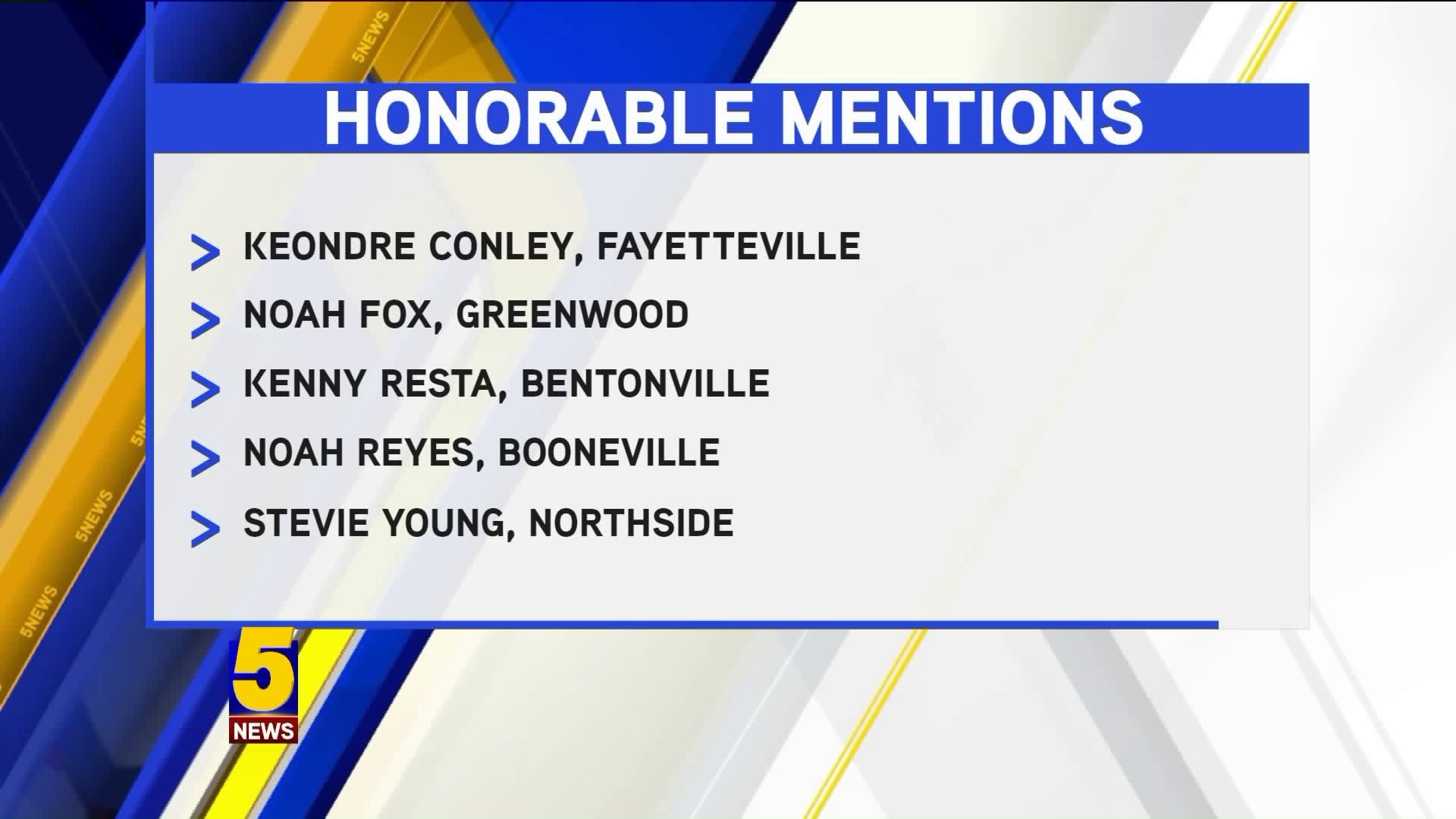 All the way up to Football Friday Night, the 5NEWS Sports crew is going to be breaking down our top local players to watch at every position. This week, it's the linemen, presented in alphabetical order:

Head coach Billy Dawson describes the 6'3" 250-pound all-conference guard and tackle as the best lineman in the 7A- West - executing every play through the whistle and showing off his fancy footwork. Ervin may be heading Ivy League after the season, as he also has a 4.28 GPA on top of his skills on the field.

Last season, the 6'3" 214-pound defensive end racked up 74 tackles - including a team high 25 tackle for loss, and seven sacks. Hanna plays a huge role in the Bulldogs unstoppable defense that helped Greenwood stick to their winning ways and clinch another state title. Add on a 420-pound squat and a 280-pound power clean, and you've got yourself a player who's hard to break through.

Zac Henson shines on the offense and the defense for the Airedales, stacking 52 tackles and three fumble recoveries. The left tackle earned all-state honors - which is even more impressive coming from someone who's converting from the tight end position. Henson already has scholarship offers from UCA and Ouachita Baptist, but this season could open even more opportunities for the hands-on, full-force senior.

Four year starter Logan Kallesen has turned heads since he joined the Saints up front. After starting as a tackle for his first two years, he moved to the guard position last fall to fill up his stat lines with 45 pancakes and 35 knockdowns. Head coach Jeff Conaway notes his ability to protect the QB and play aggressively and intensely.

The all-conference tackle totaled 57 tackles and 2.5 sacks as a junior, with 7.5 tackles for loss. Nichols squats a hefty 505 pounds, bench presses 345 pounds, and has a power clean of of 335 pounds. In an impressive Bearcat line, Nichols was a major piece of Booneville's playoff run last season.