FAYETTEVILLE (KFSM)–July not only marks the start of summer, but the halfway point of the 2019 calendar year. With Thursday being July 4th, @5NEWSAndrew and @5NEWSTyler decided to celebrate the top 10 moments in Arkansas college & high school sports so far this year. 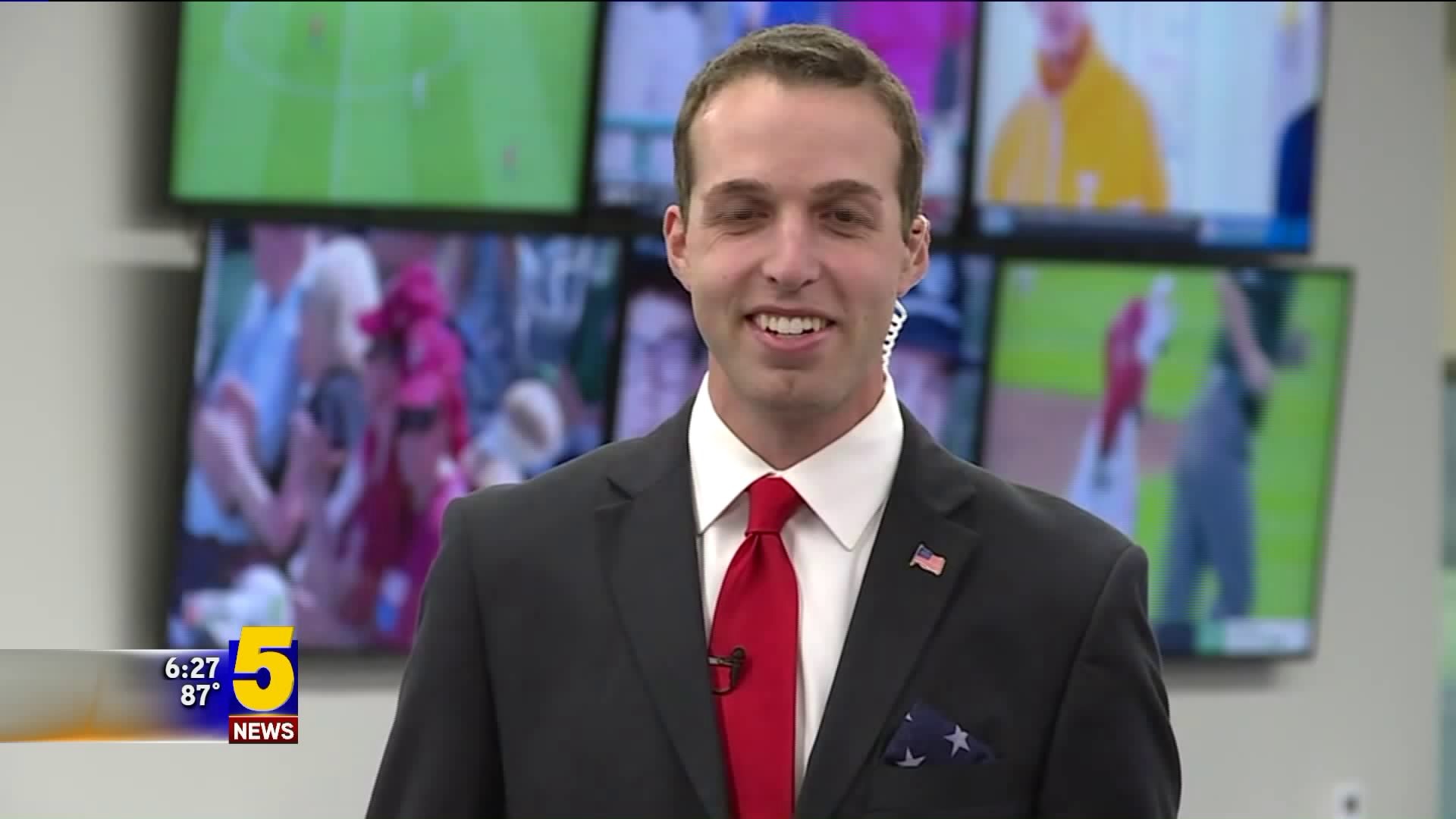 No. 10 - Arkansas softball makes NCAA Tournament for 3rd straight year
Courtney Deifel took over a relatively anonymous Arkansas softball program four years ago and has led the Razorbacks into the national spotlight. Coming off its first Super Regional appearance in 2018, the Hogs had high expectations. And for the third straight season, Arkansas was selected to the postseason, taking part in the Stillwater Regional. The Razorbacks lost both games in the NCAA Tournament but should be ranked in 2020's preseason polls.

No. 9 - Daniel Gafford drafted by Bulls
Many Razorback fans experienced déjà vu the night of the NBA Draft, as El Dorado native Daniel Gafford was picked in the second round with the 38th selection by the Bulls. Just four years prior, Chicago took Bobby Portis in the first round out of Arkansas. Gafford had an explosive career for Arkansas, known for his monstrous blocks and occasional windmill dunks.

No. 8 - Razorback Gymnastics hires former Olympian Jordyn Wieber
After 17 seasons, long time coach Mark Cook retired from Razorbacks gymnastics. Then Hunter Yurachek hired former 2012 Olympian and gold medalist Jordyn Wieber. Just 23-years-old, Wieber spent the last six years with the UCLA program, including the past three as a volunteer assistant. A member of the "Fierce Five", Wieber is sure to have an in with any potential recruit who grew up watching her compete.

No. 7 - Eric Musselman hired to coach Arkansas basketball
Arkansas parted ways with Mike Anderson after his eighth season in Fayetteville, immediately creating an attractive opening. After rumored names like Kelvin Sampson, Steve Alford and Gregg Marshall fell through, the Hogs zeroed in on Nevada coach Eric Musselman. Muss led the Wolfpack to three NCAA Tournaments in four years including a run to the 2018 Sweet 16. Musselman has previous NBA head coaching experience and spent one season in the SEC as an LSU assistant.

No. 6 - Springdale boys soccer wins 6A state championship
After coming close to raising the trophy for so many years, Springdale boys soccer finally got back to the top of the 6A. DJ Beeler's Bulldogs captured the state championship with a 3-0 shutout of Bryant. For the season, Springdale was virtually unbeatable, compiling a 14-0 conference record and finishing 18-2 overall with a top ten national ranking. In fact, the Red Dogs lost their first two games before rattling off 18 straight victories. 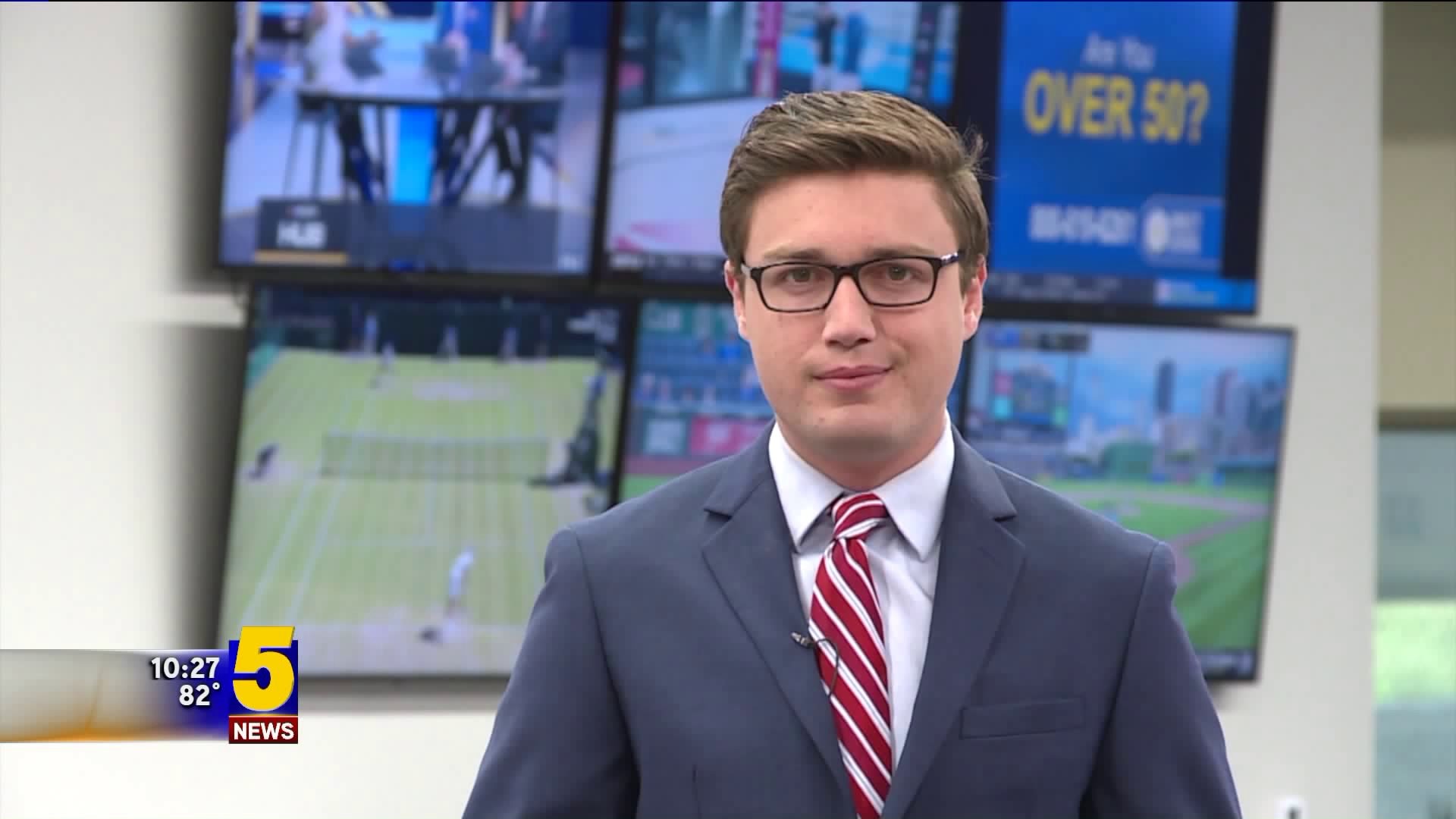 Year two under Mike Neighbors was supposed to be another step in the Razorback rebuild, and most of the season reflected that. But a win over Georgia in the first round of the SEC Tournament sparked something in the women, and they reeled off wins over ranked South Carolina and Texas A&M teams to make it all the way to the SEC Championship game.

Fayetteville once again reigns supreme as the Track Capital of the World, as the women won the indoor and outdoor NCAA championships. Coach Lance Harter led his squad to their 3rd and 4th titles in team history, and the 45th overall for the Arkansas TFXC program.

No. 3 - Diamond Hogs got back to Omaha

Expectations may have been lower for Dave Van Horn's bunch to start the season, but they soon blew those out of the water. Isaiah Campbell emerged as one of the best pitchers in the country, and the lineup was solid 1-9. Van Horn picked up his first 20 win SEC season, and the Hogs returned to the College World Series for the second straight year.

No. 2 - Fassi brings home the hardware

Maria Fassi put on a show in her senior season at Arkansas, winning the individual SEC Championship and NCAA Championship. She was named SEC Female Athlete of the Year, on the second Razorback ever to garner the award.

No. 1 - Northside doubles up in Hot Springs

Area high schools have struggled overall to bring home as many trophies as years past, but not so Fort Smith Northside. A buzzer beater from Jersey Wolfenbarger gave the Lady Bears a thrilling win over Bentonville, and the Grizzly boys followed with a 44-41 nail-biter over Bryant. For 2019 at least, the Arkansas high school basketball world goes through Fort Smith.