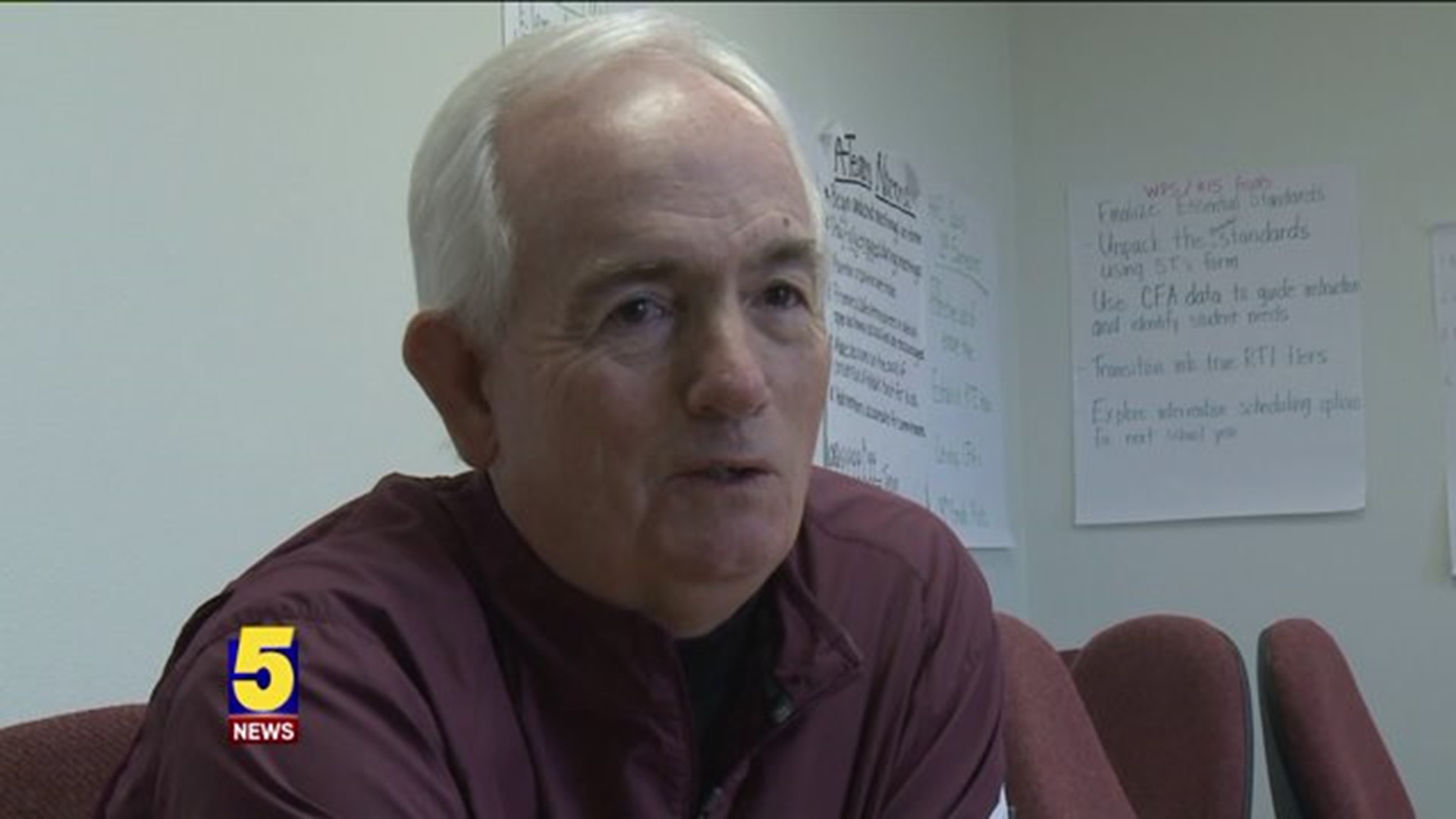 HUNTSVILLE (KFSM) - After 45 years of coaching Huntsville's Tommy Tice is hanging up his clip board.

"It's another one of those things that tells you've been in it a long time, you know," Tice said. "There's an awful lot of losses there, too. Four hundred and forty five games as a head coach is a lot of games to be the head man."

Tice will retire as the second most winningest coach currently in Arkansas history. His final record is 289-160-6, something he never imagined back in 1974, or even really until recently

"Well you know young and so full of energy and things like that, you just want to get to the next day. Then of course, we all want to win. I never thought about anything like that. Just kind of snuck up on you the last several years of really even thinking something like that," Tice said.

Coach Tice is not only one of the best in Arkansas because of that winning record, but it's also because he's helped shaped so many lives on this field ever since the beginning.

"Coach instilled in us not to fear those who were bigger or stronger than you are," Jeff Watson, member of 1974 Huntsville team said. "And this is a lesson that has carried on through life for me."

Those who were a part of his first team 42 years ago at Huntsville still carry life lessons he taught with them today.

"If you could come off the field at the end of the game, win or lose, and you know you did the best that you could, then you can't hang your head regardless of what the results are," David Hoskins, member of 1976 Huntsville team said. "Those are pretty good principles to live your life to, and that's something I think I got from him."

Coach Charles Berry, who took a chance giving Tice his first head football coaching job and also coached Tice when he was a student at Huntsville, says he's expected none the less out of him.

"You know I had to have complete confidence in him to hire a basketball coach as our head football coach," Berry said. "I knew he had tremendous potential. He has proven that over the years. If I had a son, I would of loved for him to play for coach Tice."