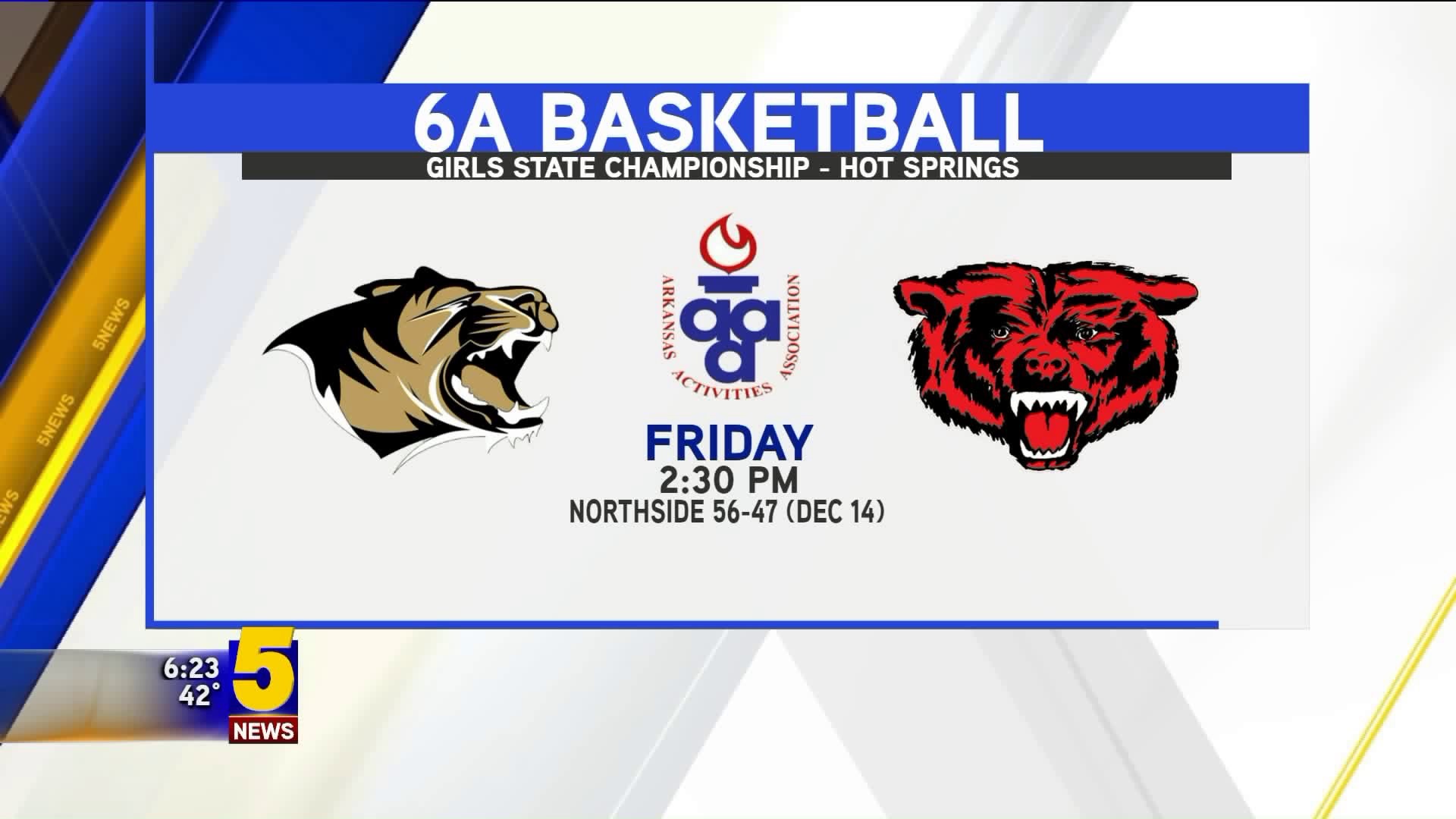 HOT SPRINGS (KFSM)--For four hours on Friday afternoon, Hot Springs will be taken over by three teams from the 5NEWS viewing area.

The 6A girls championship starts things off at 2:30 p.m. as Bentonville looks to win its first ever title against Northside. The Lady Bears have won six state championships under head coach Rickey Smith.

"Coach Smith does a great job with those kids down there, and we're gonna do we're gonna kind of focus on us and see what we can do to get higher quality shots and just kind of do what we do," Halbmaier said.

Directly following the girls game, the 6A boys title game pits Central rivals Northside and Bryant against one another. The Hornets lead the season series 2-1 and haven't lost since a home game against Northside on January 4.

"When it was their first time they won it," reflected Michael Abrahmson, Bryant's coach. "So I don't know that it's gonna make a difference or not. We're trying to prepare for the game the same way. So we hope that when the ball tips up it is the same. It's everything around the game that's different."

This marks the third straight year that Eric Burnett has led the Grizzlies to Hot Springs, upsetting North Little Rock in 2017 before falling in the rematch last March.

Both games will be broadcast on AETN with 5NEWS Sports Director Bobby Swofford on the call.