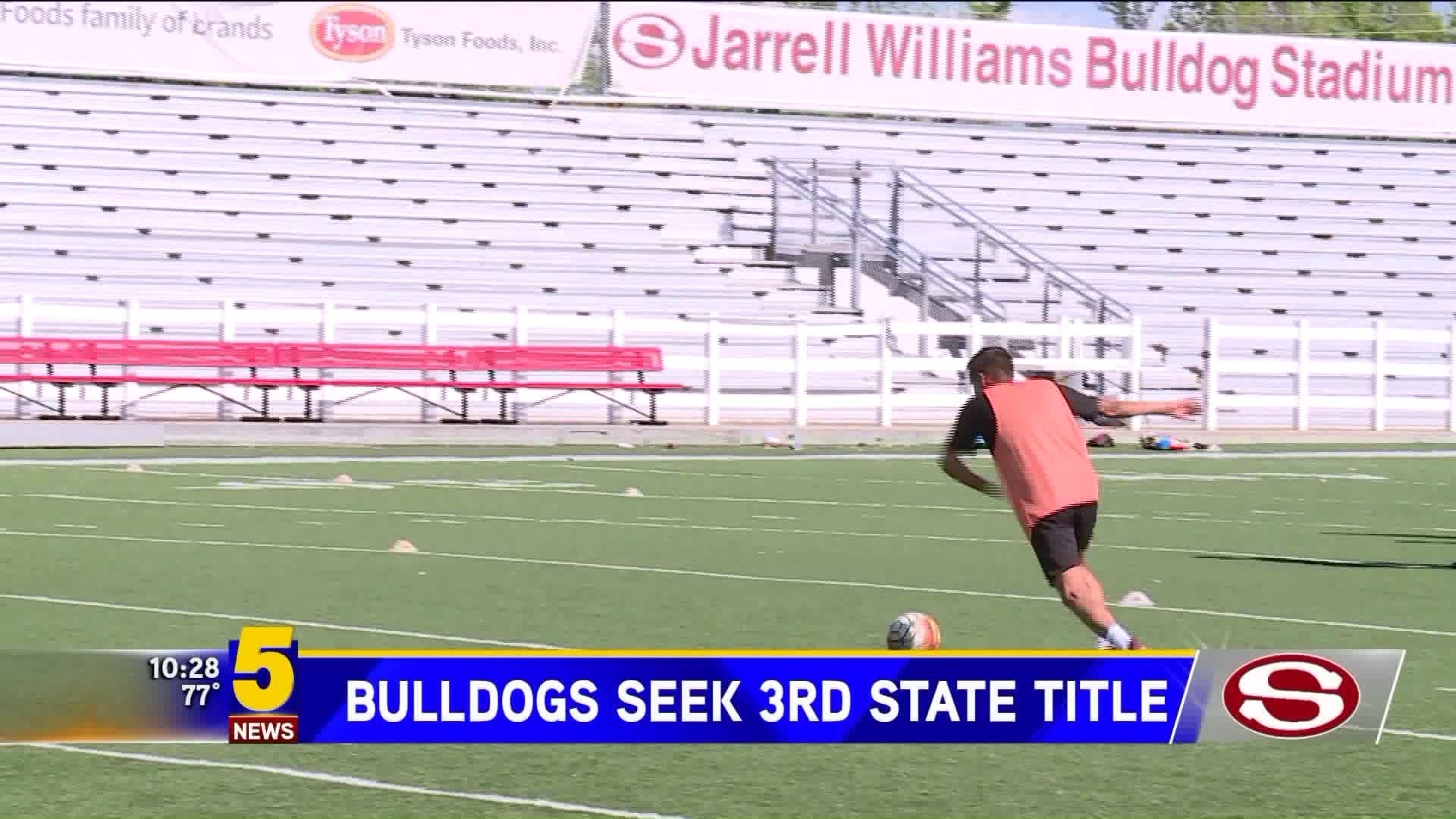 SPRINGDALE (KFSM) - The story for Springdale boys soccer the last two years? Close, but no cigar.

But sometimes to win a championship you need to experience losing one.

"I think it's huge. That's one of the biggest issues I've seen from teams in the past, just the ability to manage their emotions in a game with so much on the line," head coach DJ Beeler said. And being there before and having that experience, I think allows these kids to wrap their head around it."

"One of the things we learned was that we really needed to work together," said senior Mark Solis. "Sticking together is really what's helped us all the time regardless of the game."

That mentality has paid dividends this season. The Bulldogs enter the 7A state tournament as the top seed with an 18-1-1 record.

"We've been playing together now for a while and a couple of the spots that were to be replaced because of the seniors we lost last year, I think were perfectly replaced," added Garcia.

Garcia knows what it takes to win a state title. He witnessed Springdale do it first hand.

"I just think back to 2012 whenever my brother's [Brian] team that year won and just how big it was a big move forward, a big statement for Springdale."

The Red Dogs need just three wins to bring home their third 7A soccer championship, after 2003 and 2012. Springdale has a first round bye and plays in the quarterfinals on Friday morning at 10 a.m. at Heritage High School.