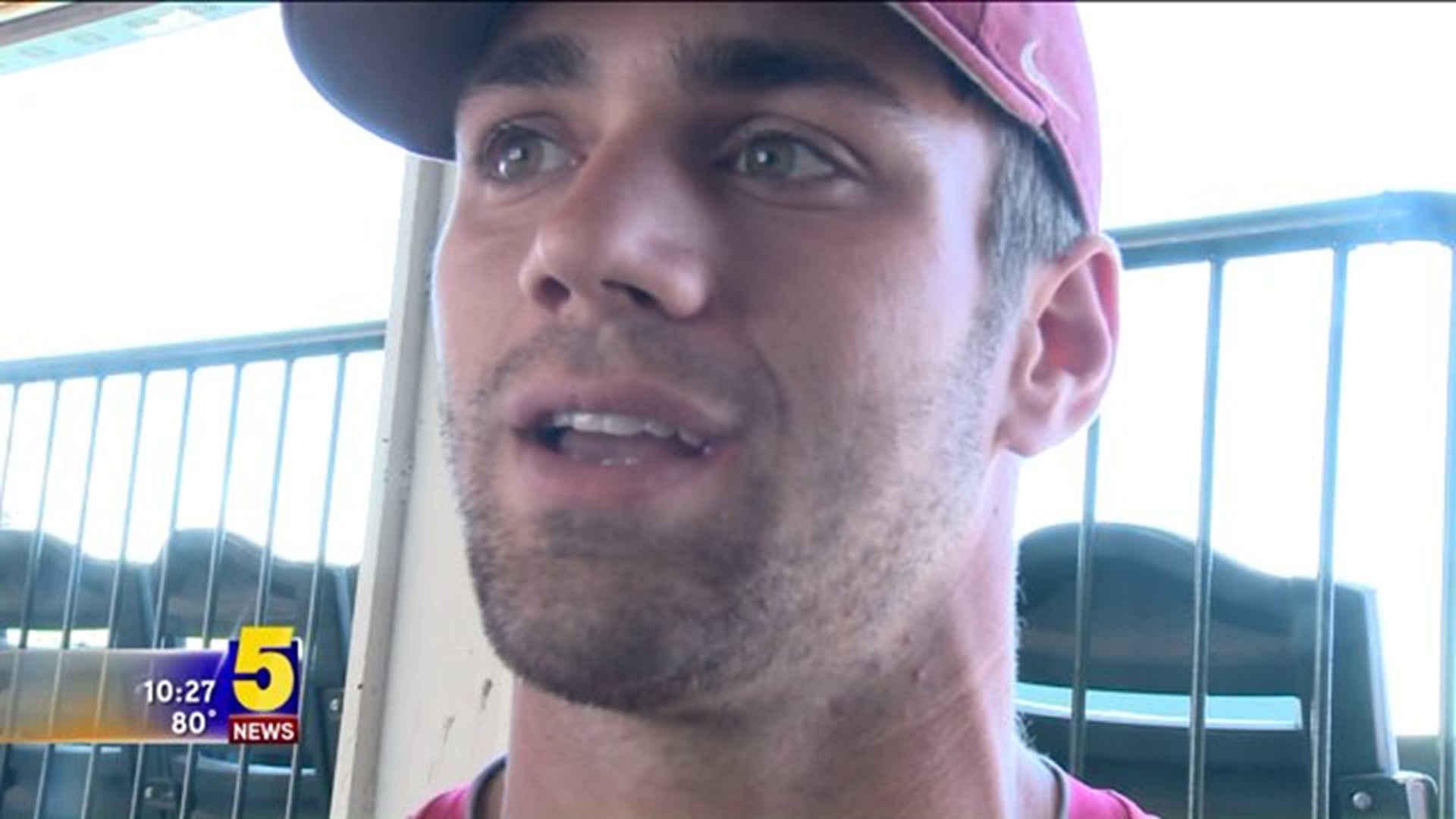 Spoon decided to redshirt his freshman season. The Razorbacks made a run to the College World Series in Omaha that summer but Spoon was some place a little farther away from his hometown.

"He was out in Alaska playing summer ball and I think that helped him in his own maturity and his own baseball sense that he came back and he did great things," Arkansas outfielder Joe Serrano said.

Those great things included being name a freshman All-American the next season and the production has continued to climb ever since.

"I feel like he's finished about as strong as he can," Arkansas closer Zach Jackson said. "Putting up crazy numbers in the SEC and finishing the way he has in the postseason. It's been an honor playing with him."

" It's just be an honor to play here at the University of Arkansas," Spoon said. "I grew up an Arkansas kid so just playing here is a dream come true for me and just to be a part of it has been incredible for me."

Spoon is hitting .292 in his career at Arkansas but his numbers are much higher this year, his junior season. The right fielder is hitting .331 while pounding out a team high 20 doubles and has driven in 54 runs, just one behind the team lead of Andrew Benintendi.

Even though the production, and the number of at-bats has soared, Spoon said he takes the same approach today as he did when he got back from his summer in Alaska.