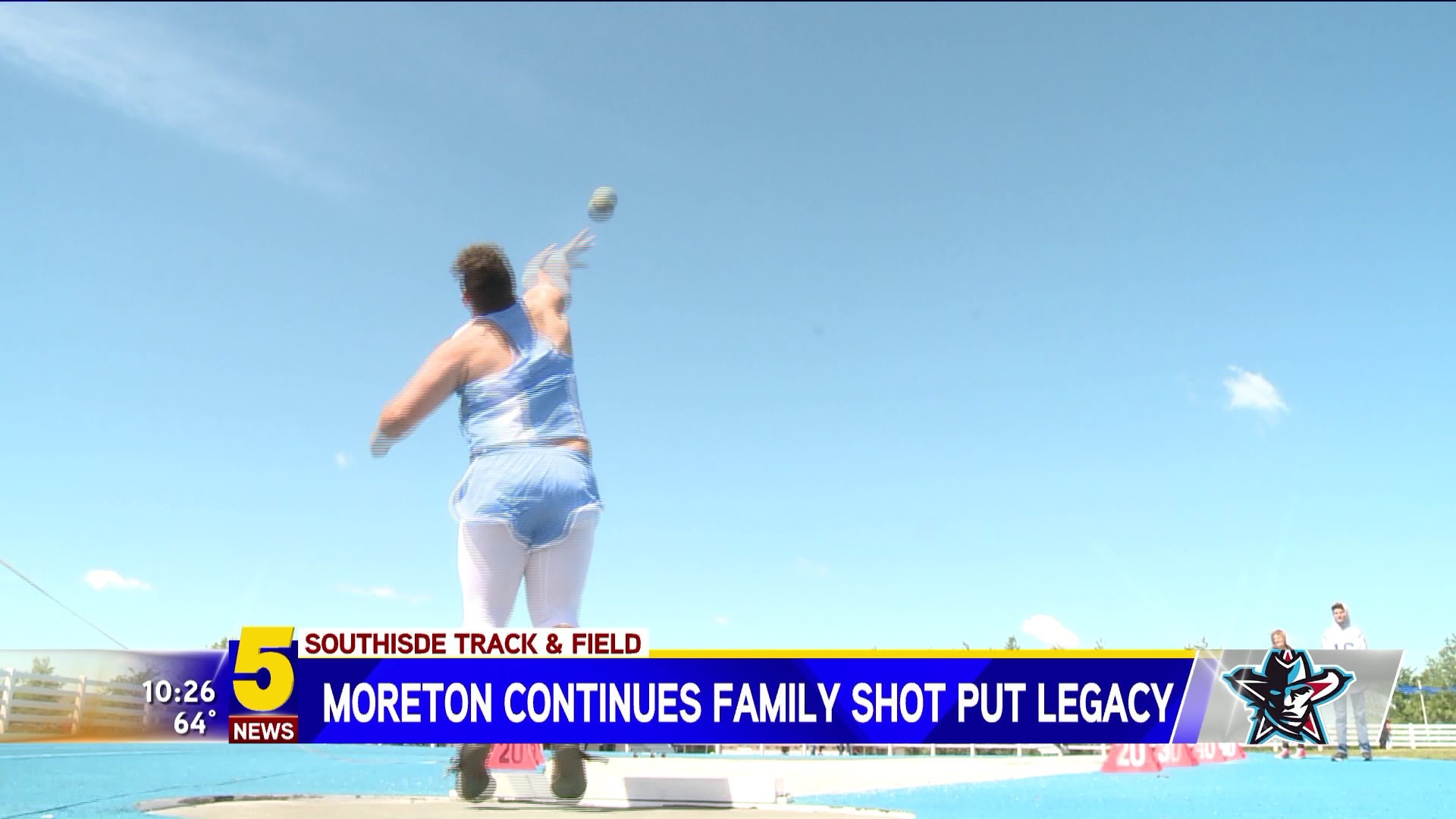 FORT SMITH (KFSM) - Southside's Hunter Moreton will be playing football for Arkansas State in the Fall but for now, he's focused on breaking his personal record in the shot put.

Shot put is not an event Hunter just casually picked up during the football offseason, he started in middle school with the help of his older brother who won a state title in the shot put while at Southside.

"I started in seventh grade," said Hunter Moreton. "My brother pretty much showed me. He was throwing in high school at the time so he introduced me to it and we practiced a lot with it. If we were bored we had our own shots and disks and we would do it on the weekends."

Maverick's assistant coach Bret Bricker, who has coached the Moreton brothers, sees several similarities between the two especially when it comes to their competitive drive.

"They are very much alike," said Bricker. "Both of them have that I want to do well attitude and it shows in all he does."

Hunter has continued the family legacy of success in track and field, winning the 7A crown Thursday in shot put with a throw of 50-2.

"I'm pretty proud of myself right now throwing what I did winning state in shot put, Moreton said."

Moreton will have one more shot at breaking his PR next week at the final track meet of the season which will also be his last time competing in track and field.