FORT SMITH (KFSM)- You can definitely call this a comeback, the Southside Rebels boy’s basketball team has been on a hot streak this season and haven̵... 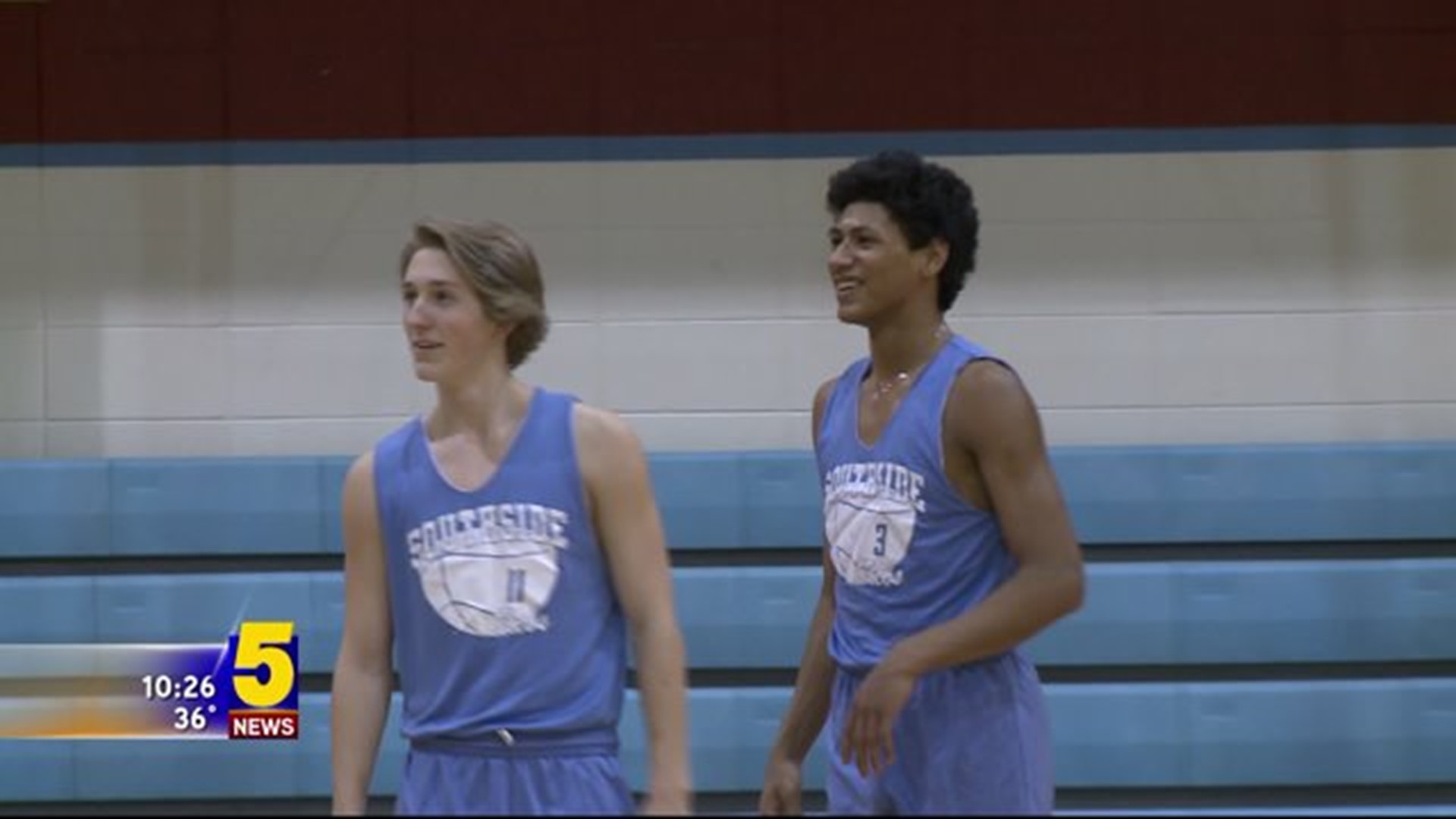 FORT SMITH (KFSM)- You can definitely call this a comeback, the Southside Rebels boy's basketball team has been on a hot streak this season and haven't looked back. Why would they anyways? They are like a brand new team, last season (2014-2015) they only won one-game in the 7A-West and just six-games overall. Fast forward to the current season they are 10-8 overall and 2-2 in the 7A-West, and well on their way to tournament status.

For almost the past five-years the Rebels have been struggling to stay afloat. But, it wasn't too long ago that Southside basketball was a force to be reckoned with. Back during the 2011-2012 season they finished 23-6 overall and 11-2 in conference play and even made it far in the state tournament. But the seasons proceeding after that one didn't come up to par until now, this time around they are hungry to be in the state tournament again.

So what makes this time around so different? Is it the coach or an individual player stepping up? In this case it's a group effort.

"It's a team thing," said senior guard Seth Hawley. "If you don't want it then it doesn't matter how much he[Coach Cooper] wants it so I think our team really desires to win and I  think it's just showing. In our records it's showing, In our effort it's showing, we are pushing to be better and we are motivated to be better.

Charlie Cooper has been the head coach for Southside for 11-years now, so he's seen the good the bad and the ugly over the years. And what he sees with this team is a chance at making it to the state tournament.

"These guys want to get us back," said Cooper on his players motivation to make state. "Some of these guys that are seniors this year or juniors this year had brothers that played on the 2011-2012 teams so they saw those years, when we were really strong in basketball, and they want to get back there.>

The Rebels already have more wins this year than last season. Putting them in pace for the best season they have had in almost five-years.

"To take this team back to possibly the state tournament," said senior forward Tyson Mahoney on what drives him. "Because it's been a long time since they have been there and we are playing really great right now. I just hope we can keep playing that way as the season goes on."

Next game up for Southside is Har-Ber Friday Jan. 22nd at 6p.m.