The last two seasons the Saints are a combined 9-12. The three years before that they went 40-3 with three State Championships. 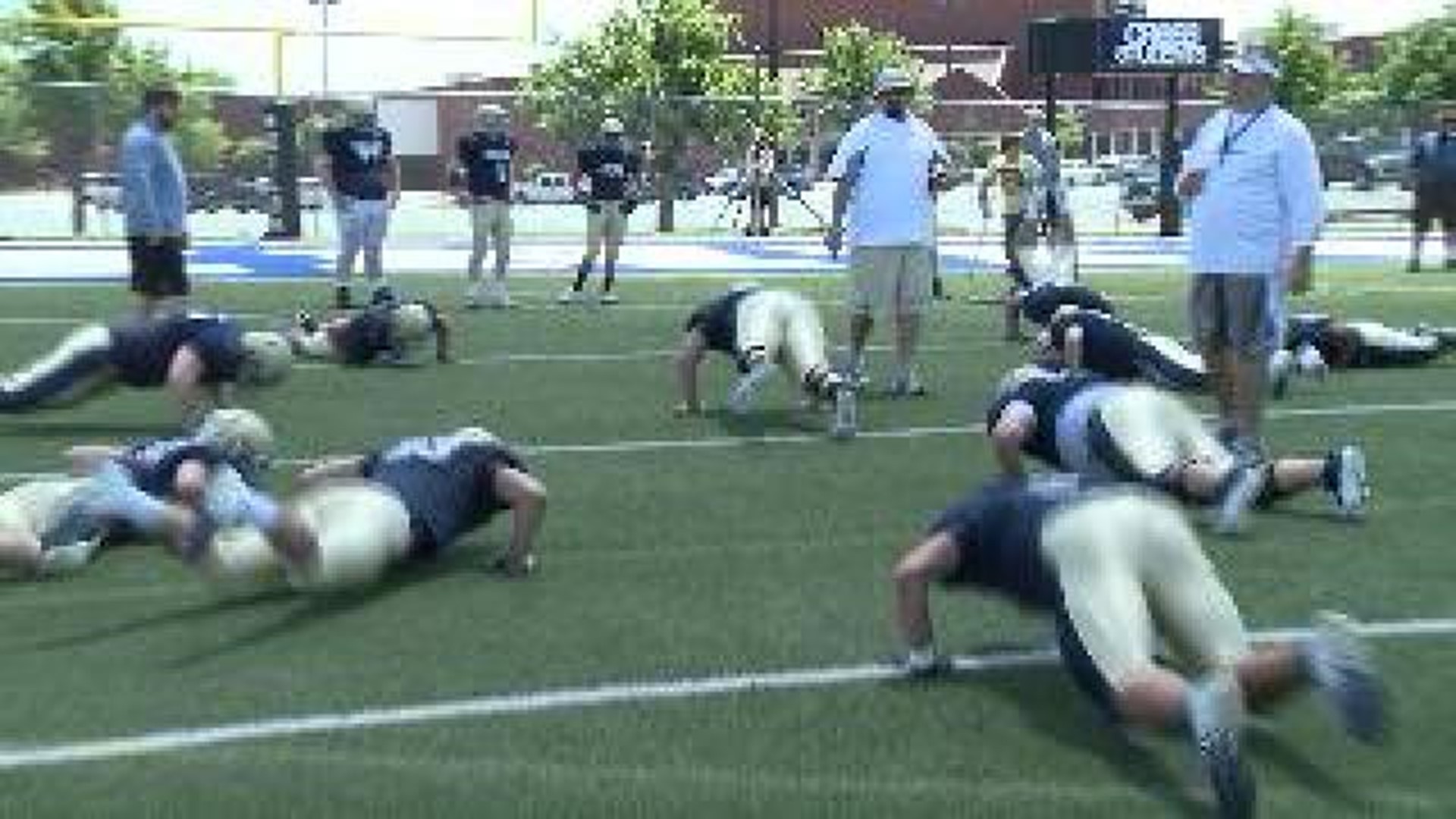 As the Shiloh Christian football team hits the practice field this spring, the motto has to be “Return to Glory.” The last two seasons the Saints are a combined 9-12. The three years before that they went 40- 3 with three State Championships.

The 2012 team only had six seniors. This year they have 16. For such a small school with 200 kids that’s a huge number, especially playing in the 5A West now.

“After being in there for a year we feel like we know it a little better,” said head coach Josh Floyd. “It's a good tough league that you've got to be able to bring your A game every single week and hopefully we learned a lot from last season. We're excited.”

Shiloh missed the playoffs last year for the first time in a decade. That becomes a top priority this season.

“Our goal is to make a good playoff run,” said senior quarterback Daniel Shimer. “Last year it really disappointed our team, the coaches and a lot of people. We just want to get back to that level.”

With a team heavy on seniors, it’ll be up to the veterans to make 2013 a season to remember.

“It's going to take a whole lot of hard work and dedication,” said senior lineman Matt Hansen. “The whole team has to believe and know we can do it.”