Saints Look To Future At Baum Stadium To Rewrite Past 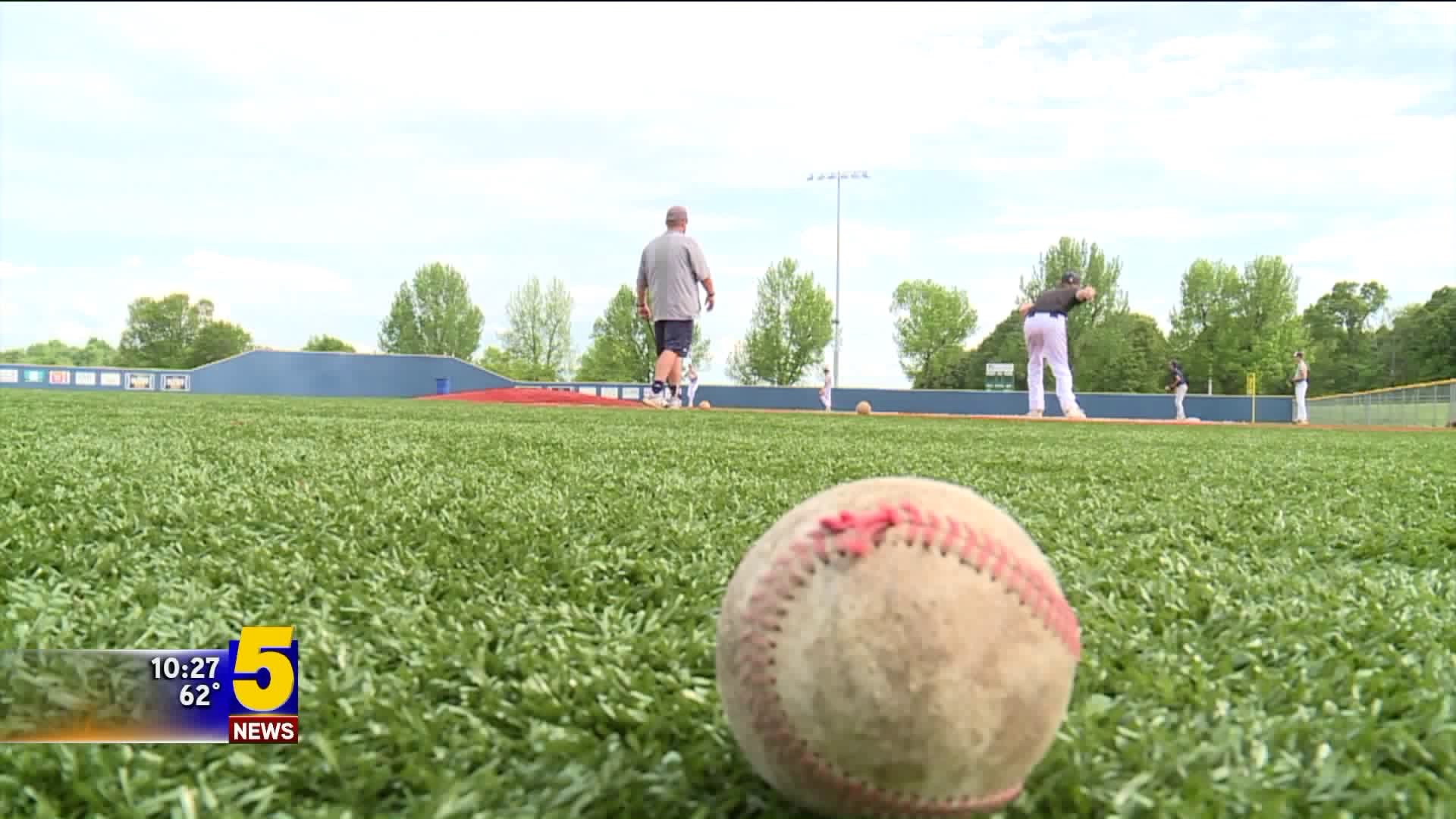 SPRINGDALE (KFSM) - After winning it all in 2016, Shiloh Christian has seen their season end in defeat at Baum Stadium the last two seasons.

"It’s been a little frustrating."

Since no seniors play for the Saints, runner-up is all this team has known. As you can iimagine, they're ready to move past that, says coach Moe Henry.

"They’re excited to turn the page, to get to reset the standards and rewrite Shiloh baseball for themselves."

So rather than the last two trips to Baum, it’s a longer bus ride the Saints turn to for inspiration: they're spring break trip to Memphis.

"Trips are the best part, other than winning," laughs junior Sawyer Duddleston.

"Memphis was a blast," agrees Marcus Brown, who had to sit out last year after transferring from Har-Ber.

What do they remember from that trip? Duddleston, Brown, and junior Walker Williams have at least one standout.

"The zoo was really fun."

Coach Henry knows there was more to the trip than exotic animals.

The rest of the teams says it’s a memory they team on in tough moments.

"Every time we’re in a situation where it’s a tough game, we remind them of that situation when we were in Memphis against that team. I think they were able to see the growth, off the field and trusting in each other, but also that trust and how it carried over when we got on the field."

But they haven’t quite forgotten who’s walked off with the last two trophies, as Duddleston points out.

"It motivates us cause we want to play Nashville again, give them a taste of their own medicine."

To do that, the Saints will have to get back to Baum, and this time the trip goes through the state tournament at Southside Batesville, where they'll play Friday.