Sam Pittman Returning To Arkansas As Hogs Next Head Coach

Former assistant returning to the Razorbacks with no head coaching experience 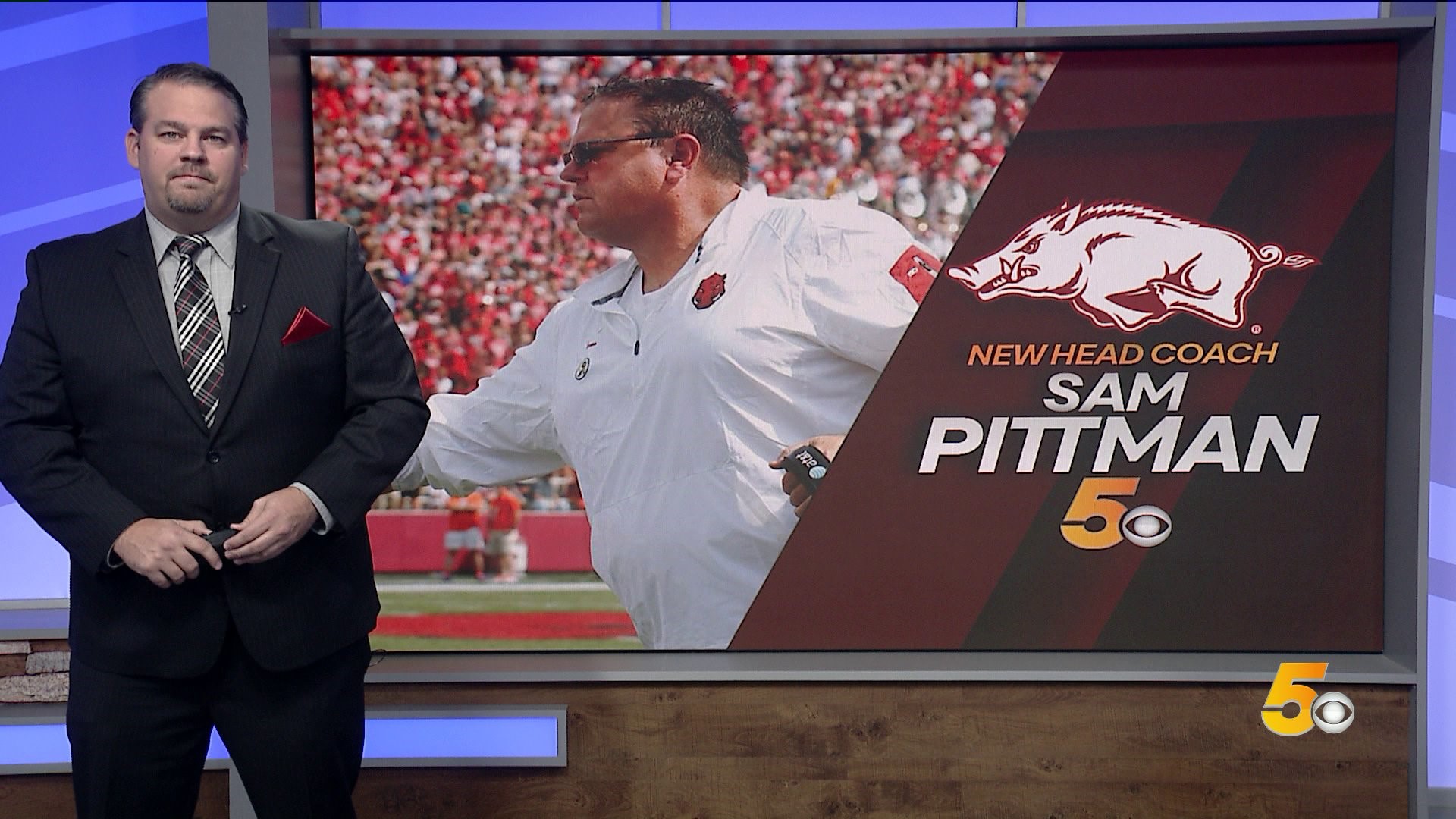 FAYETTEVILLE (KFSM) - The search took nearly a month but Arkansas has gone back to a familiar name to take over the Razorbacks football program.

Georgia associate head coach and offensive coach Sam Pittman will be the next Hogs head coach, replacing Chad Morris who was fired after losing 18 of his first 22 games.

Excited to OFFICIALLY announce Sam Pittman as our new Head Football Coach. Great days ahead for the Hogs with Sam and Jamie as a part of the Razorback family again! #OneRazorback pic.twitter.com/763JrRrpaR

“Sam Pittman has been an integral part of successful teams that have competed at the highest levels, including for SEC and NCAA Championships,” Vice Chancellor and Director of Athletics Hunter Yurachek said. “As one of the nation’s premier offensive line coaches, he has built a remarkable body of work thanks to his tremendous passion for his student-athletes, including teaching the fundamentals and developing his players on and off the field. Sam instills in his players the motivation, grit and determination required to compete and win. Throughout this process, I heard from many of his former players about the tremendous influence he had on them as a player and as a man.

Pittman was an assistant with the Razorbacks under head coach Bret Bielema from 2013-15.

Arkansas athletics director Hunter Yurachek has been rumored to have talked to nearly a half dozen candidates but that number is expected to much higher that has not been reported. Having nearly a month and settling on a coach with no head coaching experience, it shows the lack of interest or appeal on a national level in the job as Arkansas is now on their fifth head coach this decade.

Pittman as spent the past four seasons at Georgia and has 12 years of experience as an assistant at the power five level.