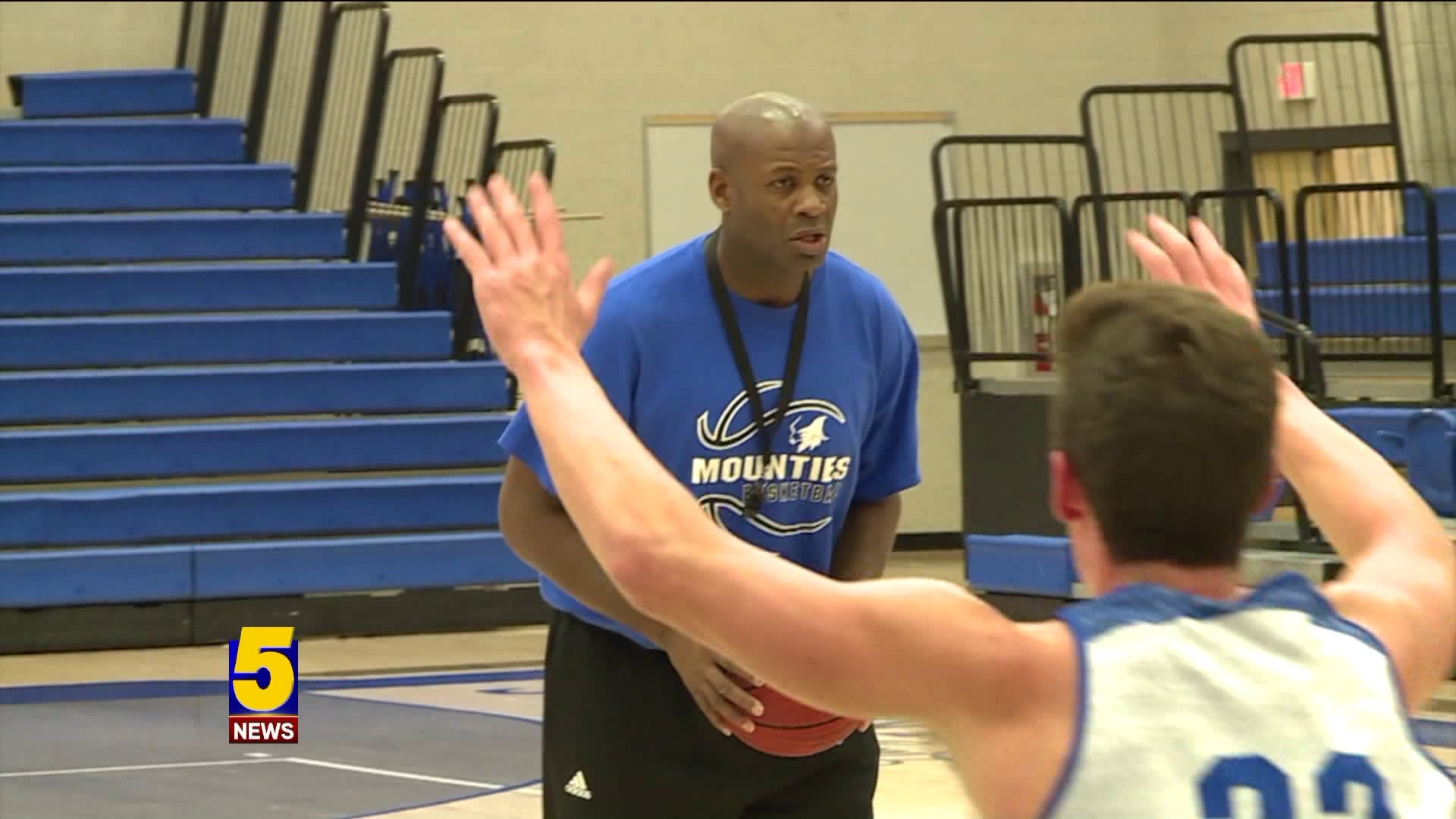 ROGERS (KFSM) - On February 26th, 2016, the Rogers Mounties beat Springdale to close out their boys basketball season. They wouldn't win another conference game for two years, until last Friday at King Arena.

"Oh it was amazing."

"Everyone just had a big smile on their face."

Days later, at practice, the scoreboard still shows 45-40, the same as it did when the final horn sounded and Rogers beat Van Buren for that elusive conference victory.

"That was crazy, the first conference win we’ve had since we were freshmen, it’s a big milestone, it’s a big step,"says senior Wil Sims.

Fellow seniors Will Voigt and Mason Sell reminisce about the postgame locker room.

"It was pretty fun, we were going crazy."

"We were so happy afterwords, we couldn’t stop celebrating and everything."

(In fact, the Mounties had planned to have popcorn to throw around in celebration, but it was nowhere to be found when the time came. "Coach Frazier probably ate it all," speculates Sims.)

While clearly excited, the Mounties are focused on taking the next step, says Sims.

"We're just trying to achieve one goal so we can achieve the next and we keep on achieving, it’s just fun to see what happens with this team."

Lamont Frazier, in his second season as head coach, understands his team's excitement. But he also knows they can do even more.

"This is a group that has the potential to win not only one game, but win several more games. If we’re gonna hang our hats on the fact that we’ve won this one game, I think we’re selling ourselves short."

But regardless, they’re enjoying the moment

"Rogers isn’t what Rogers used to be," says Sims. "We’re a new team, we have to play the way we play, which is pretty dang good if I say so myself."

"We’re undefeated right now, that’s something we couldn’t say for a long time."

And now comes a new challenge for this Mountie team; protecting a winning streak. It won't be easy, as Rogers hosts Fayetteville on Tuesday.