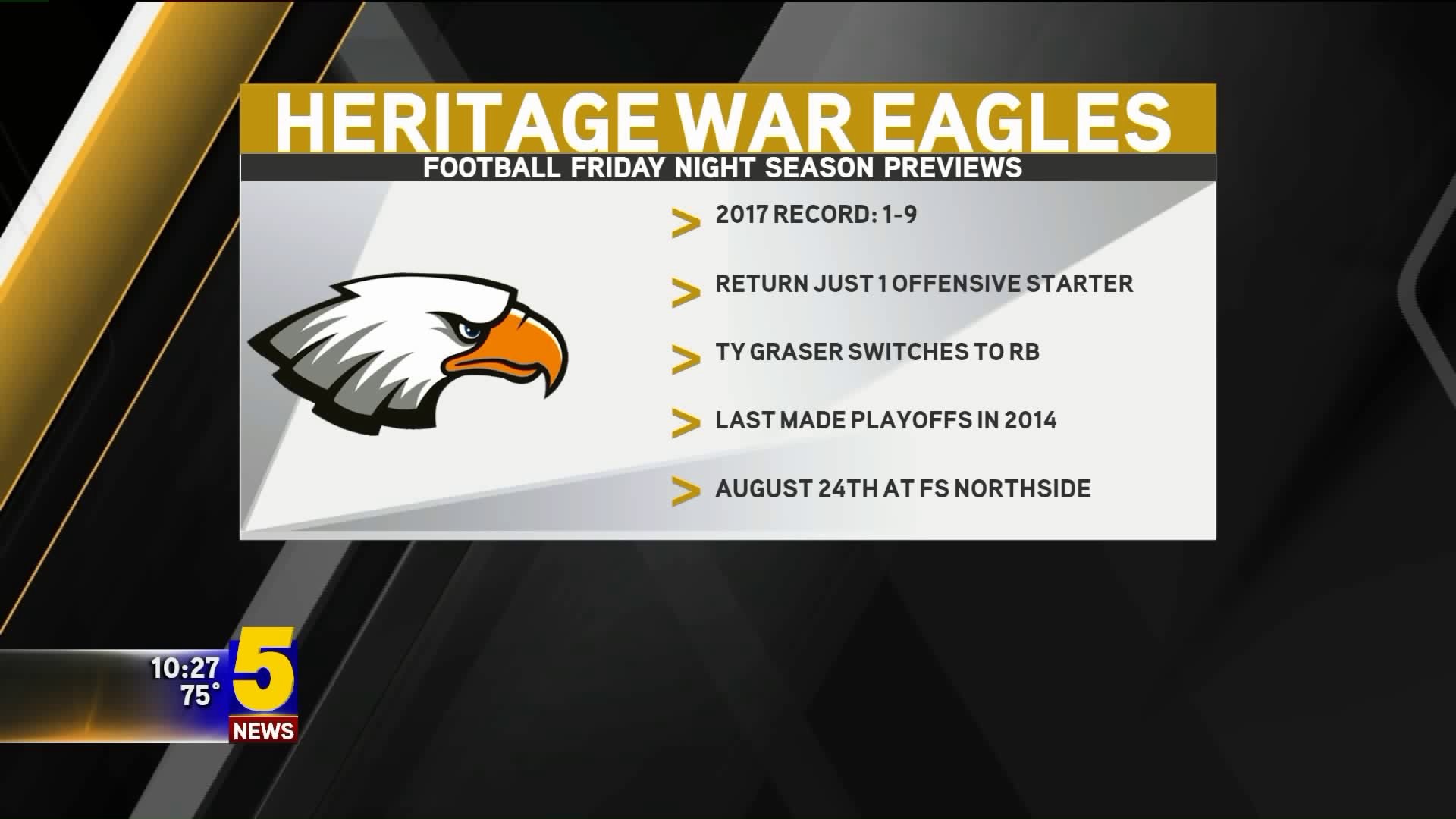 Rogers (KFSM) - After a rough go of things the last few years, Rogers Heritage is looking for change. This season, they might be forced into it.

Heritage loses all but one starter on the offensive side of the ball. But the War Eagles are looking at this challenge as more of an opportunity, says quarterback and senior Zach Brown.

"We’re wanting to reset, just get a better record in general. Our goal for game one is just go out there and win the first one, then go do it week after week."

Carter Christian, another senior, thinks the team uses their past struggles as motivation.

At the same time, Brown knows from experience that the losses can start to weigh on the team.

"Our record took a big toll on us last year just because we weren’t where we wanted to be, but out guys are gonna go out there and push themselves real hard and hopefully get that first win."

Despite not starting last year, Brown saw plenty of meaningful reps due to injuries. The War Eagles hope he and Ty Graser, the safety turned running back, can spark an offense that was shut out in its final two games last year.

Now entering his third season, head coach Tony Travis knows the solution is to get out in front of it.

"We’ve got to go and get started early. the losses mount, and then the doubt starts creeping in on us again. An early win would really go a long way in making some advances in our football program, so it’s gonna be key for us to try and play well early and get us a win."

They’ll get a chance earlier than ever this year, playing in a zero week game against Fort Smith Northside. 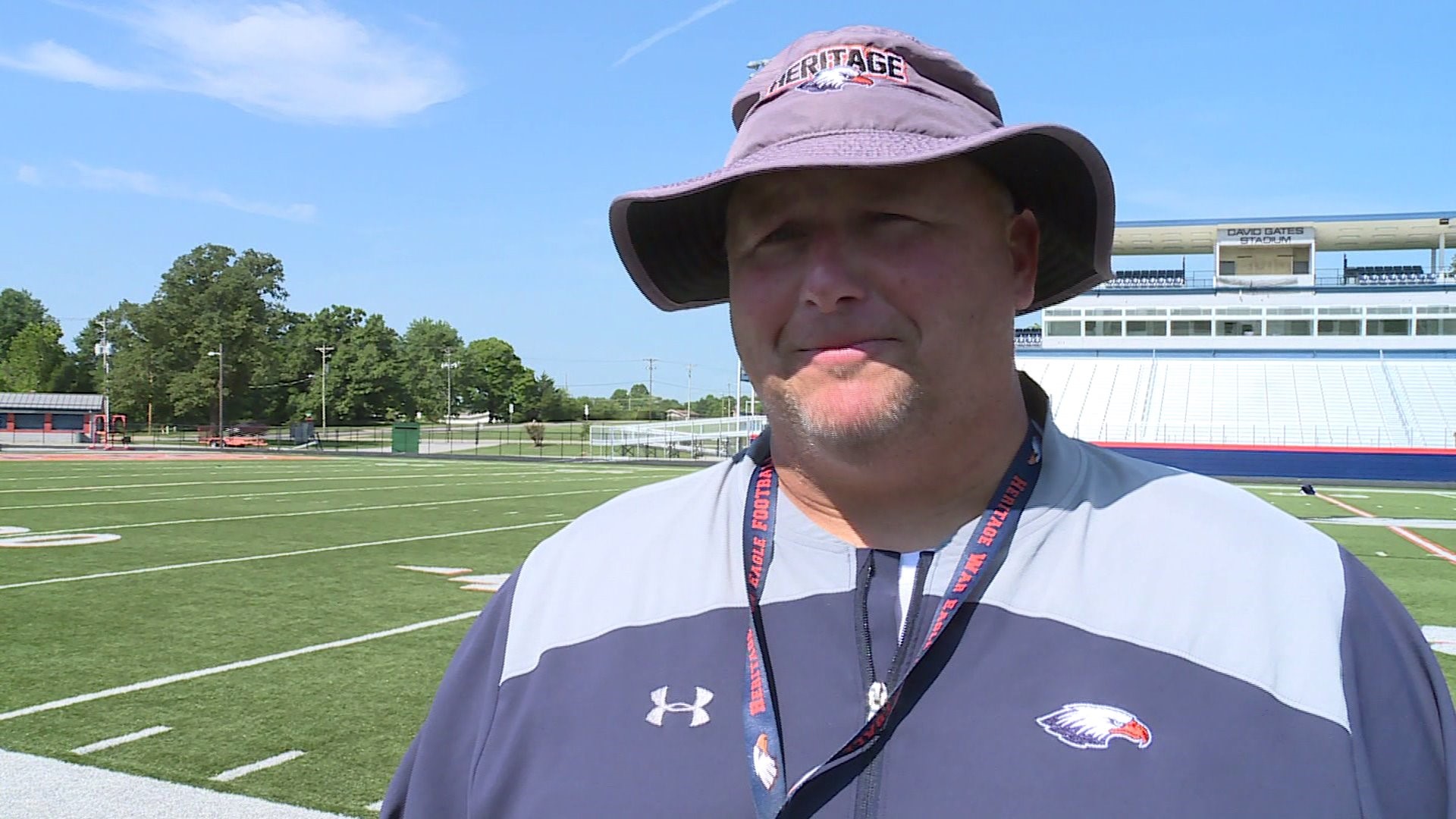 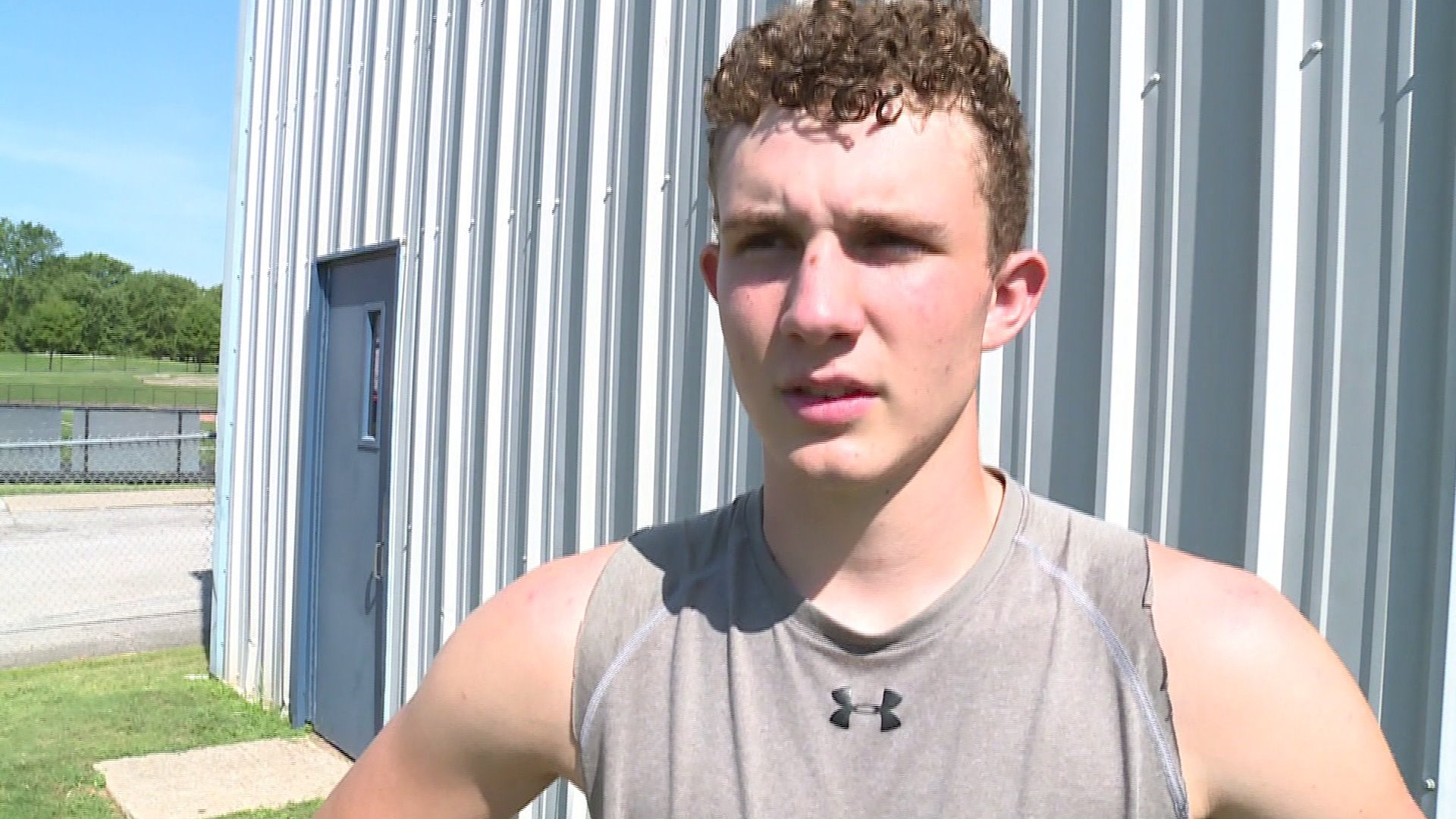 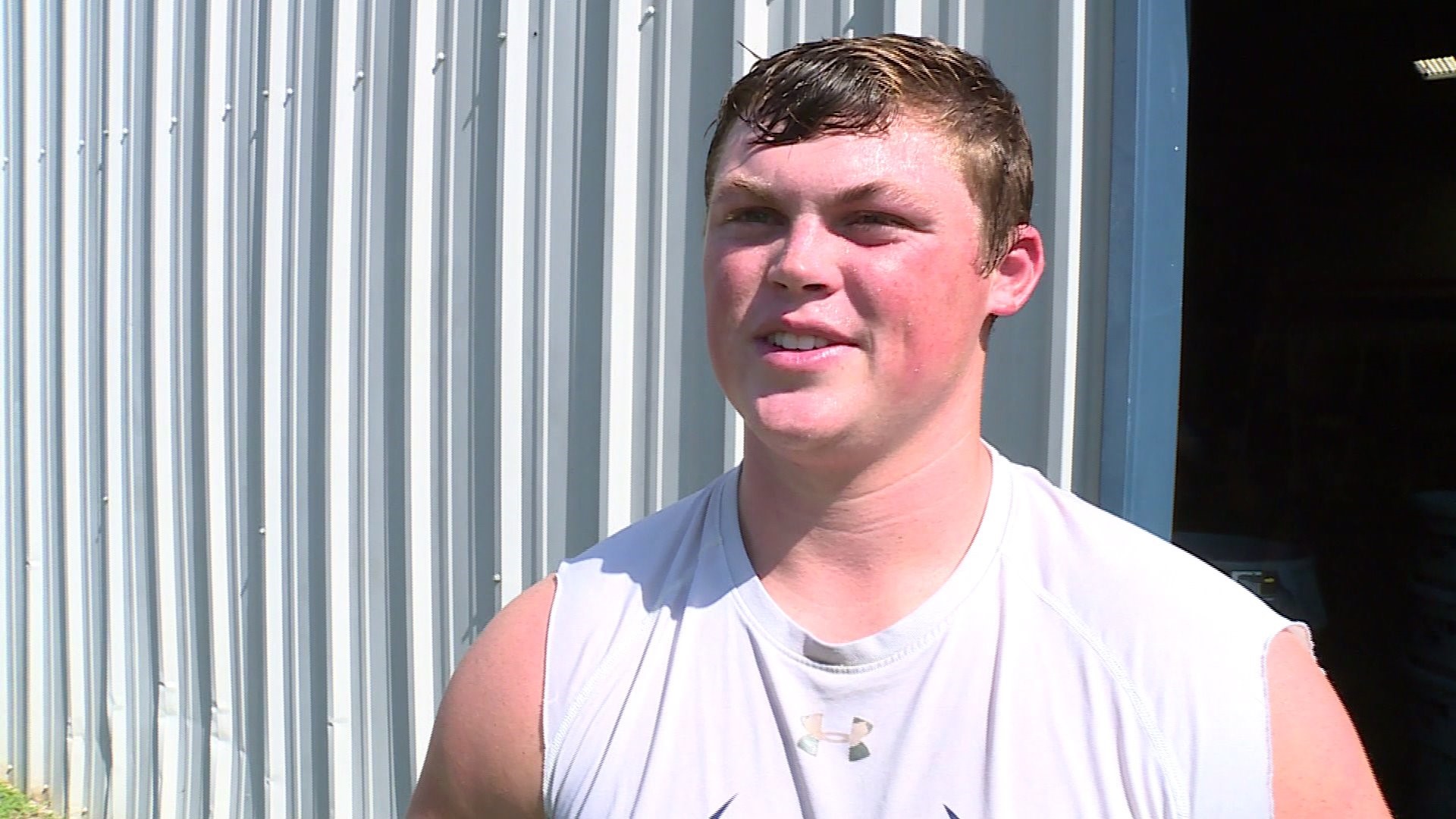