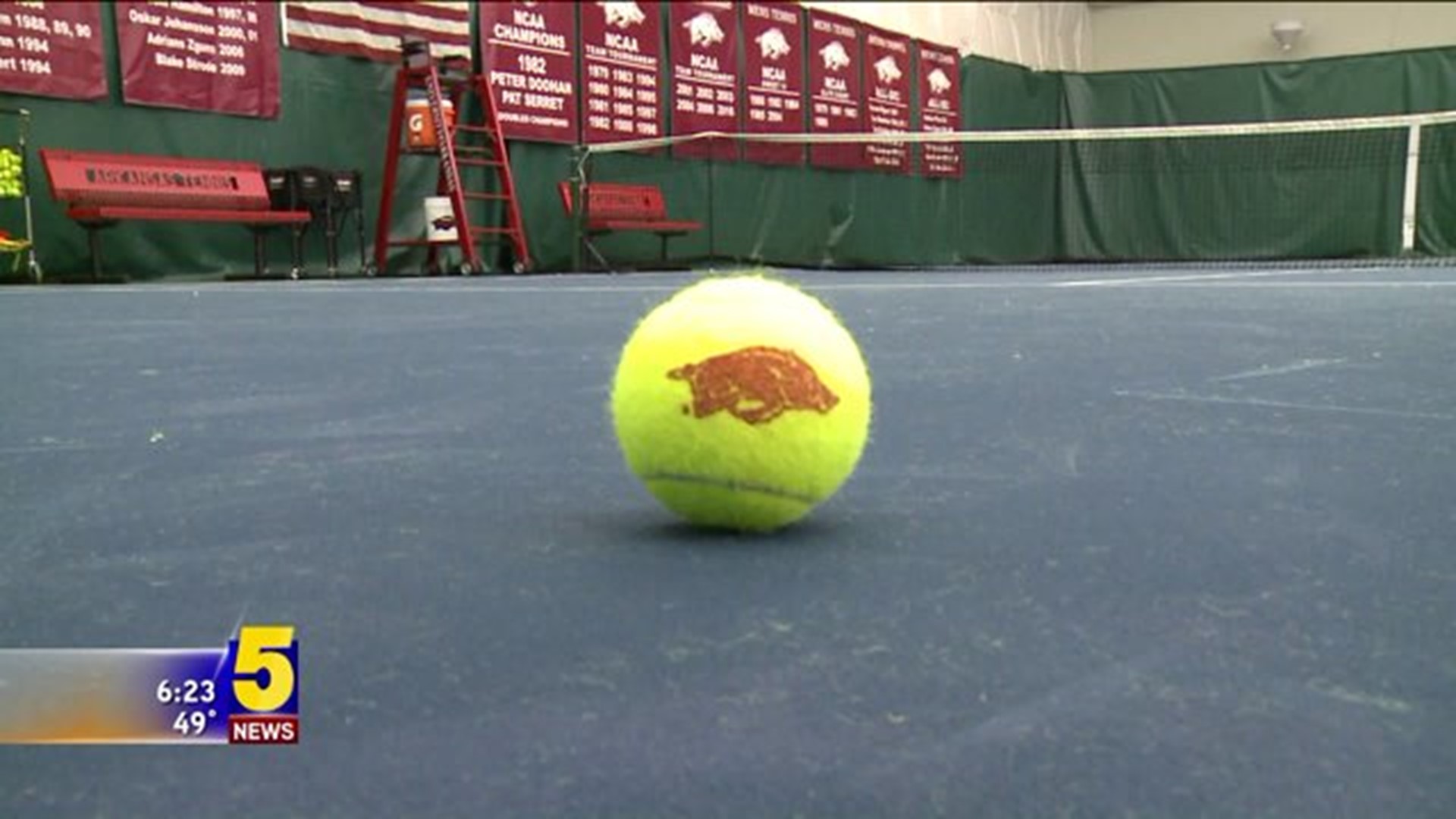 "Well the fall is the fall. The fall is in the past and we're all focused on the season. In the spring it's a different animal," Redlicki said.
"It feels unbelievable to have a guy that you know can beat anyone in the country. It's almost like one point every time you are playing and he proved it. I think he dropped one set in the entire tournament," said teammate Jose Salazar.
Just three other teams in the country (Wake Forest, Ohio State, California) can boast what the Razorbacks can: two players ranked in the top 20 nationally. "We are really excited that we have two guys in the top 20. You know, Mike is gonna play one and I'm supposed to play two. So having two guys in the top 20, not many teams have that right now," said Salazar, the 19th ranked player in the country.
Arkansas is focused first and foremost on achieving as a team, and playing hard every match. "You can't really quantify things based on rankings. It's cool that we're top 20 and it's a really great thing to kind of have under our belt, but it doesn't really change anything for us,"said Redlicki.
Since the ITA started its ranking system in 2008-09, Redlicki is the highest rated Razorback at #3.

#19 Arkansas hosts Tulsa tomorrow to open up its spring campaign. The Hogs face four top 20 teams in the first month of the season.