Senior corner could use a redshirt season due to injury, depth chart status 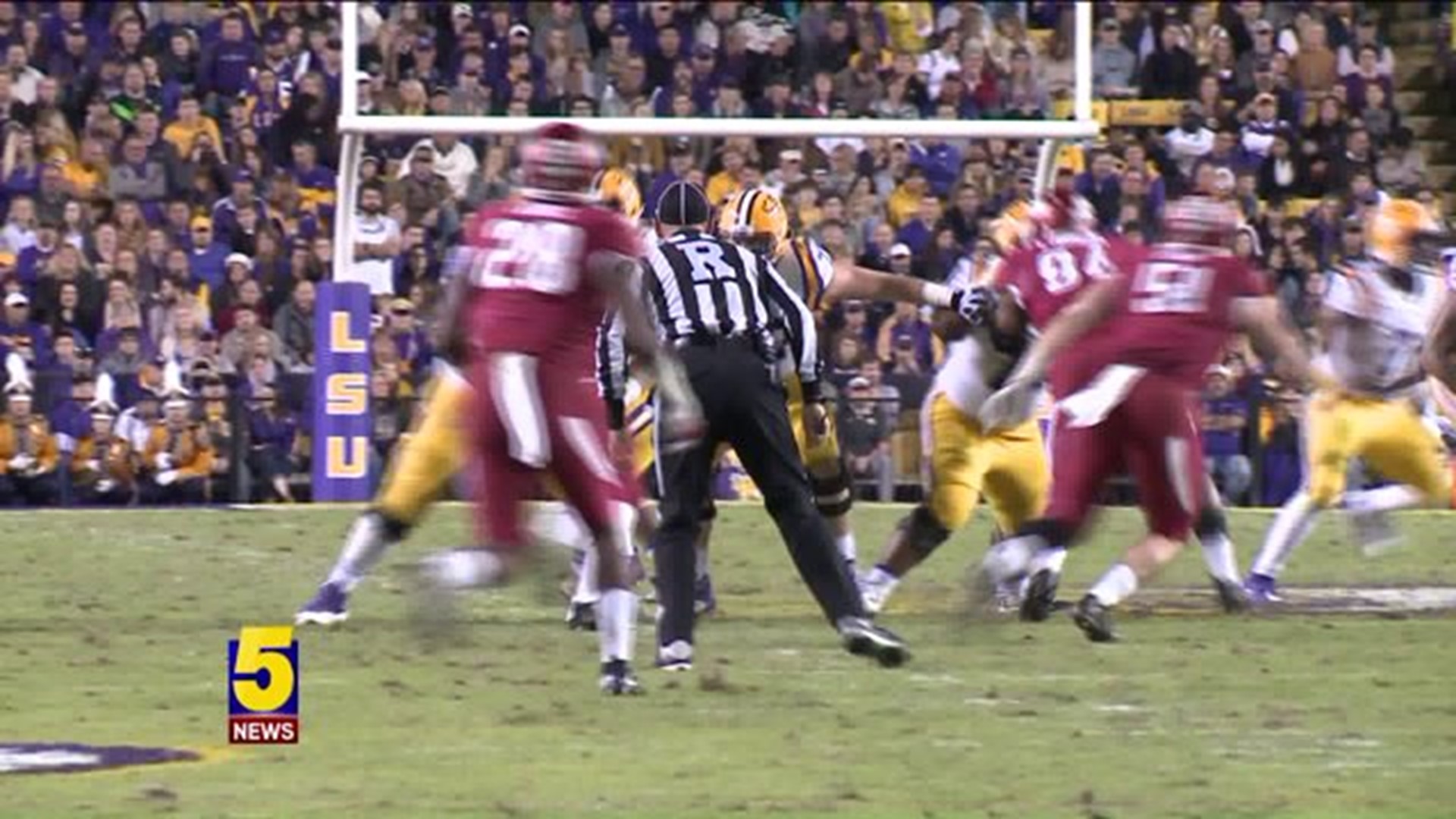 FAYETTEVILLE (KFSM)- Wednesday Arkansas coach Bret Bielema announced that senior cornerback D.J. Dean injured his hamstring. There is not a definite timeline on when he might return.

Dean is not a stranger to the injury bug, he missed practices in the spring due to a toe injury. Bielema also announced that he has spoken to Dean about possibly redshirting, if he isn't able to make it back on the Razorbacks' two-deep roster.

"Unfortunately D.J. Dean kind of pulled his hammy pretty good," Bielema said. "I guess it was Tuesday did some detailed looks at that he's probably going to be out for a little bit of time. We always try to stress in our program you got to practice to get to where you need to be, I think missing the spring really really you know has put him behind some of those guys. The good news is people have really come along the options I explained to D.J. was the other day that he still had in front of him was possible redshirt."